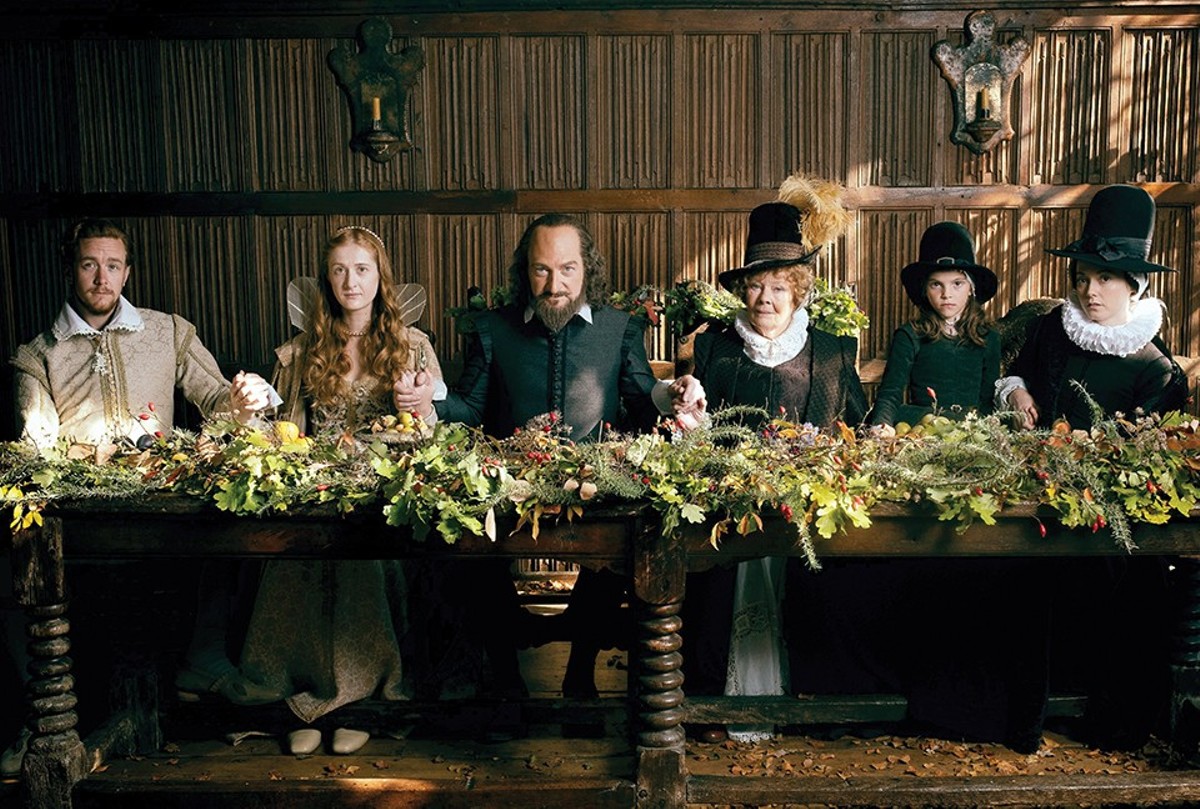 In 1613, William Shakespeare withdrew from the literary and theatrical life that had brought him wealth and celebrity and returned to his home in Stratford and to the family he had barely seen during the previous two decades. His London theater, the Globe, had burned down during a performance of All Is True (now known as Henry VIII), perhaps providing the impetus to retire. The aged playwright was 49, already ten years past the average life expectancy of the time. What little we know of the remainder of his life — which ended three years later, on his 52nd birthday — comes from public documents, most famously the will he signed a month before his death bequeathing to his wife Anne Hathaway his "second best bed."

Already a renowned interpreter of Shakespeare, Kenneth Branagh now takes a daring but affectionate shot at the man himself in All Is True, a highly speculative tale about the author's final three years in Stratford. Written by Ben Elton (better known for comic work, including Blackadder), it's not the story of a great artist but of a relatively ordinary man facing retirement and attempting a new, quieter life with his family.

Branagh, who developed the story with Elton, is surprisingly uninterested in presenting Shakespeare as a larger-than-life literary giant. He doesn't unconsciously lapse into iambic pentameter when he speaks or carouse in taverns like Falstaff. He works in a garden, plays with a neighbor's dog, wanders through his estate. In short, and much to Branagh's amusement, he's not very Shakespearean.

What made William Shakespeare? Because we know so little of his life, it's been easy for some to dismiss it, imagining that no man from so simple a background could have produced such work. Fortunately, All Is True is not designed to provide fuel for the anti-Stratfordian conspirators. Much of Elton's script is a lighthearted attempt to account for some of the mysteries and loose ends of Shakespearean scholarship: the shifting reputation of his family, the inspiration for the sonnets, the second best bed and, most importantly, his reaction to the death of his son Hamnet, who died in 1596 at the age of eleven. I don't think that Branagh or Elton are claiming to have reached an accurate conclusion about these things; they're merely trying to provide a sense of atmosphere, a feel for what it might have been like inside Shakespeare's busy mind.

This is not one of those films that reduces the artist's life to a series of cameos from his work — you won't hear him muttering "to be or not to be" or putting on a donkey mask — but there are enough lively allusions to recall the vivid theatrical life he's left behind. The spirit of the villainous Aaron the Moor from Titus Andronicus is invoked when Shakespeare needs to throw a fright into a would-be scandalmonger. A visit from the aging Earl of Southampton (Ian McKellan), no longer the "Fair Youth" of the sonnets, gives both author and subject an opportunity to revisit and recite "Sonnet 29" — "When in disgrace with Fortune and men's eyes." Branagh even gives himself a brief but impressive soliloquy when Shakespeare confronts the pretentious Sir Thomas Lucy, a local political leader. It's a passionate defense of his life and career not as a literary legacy, but as a feat of engineering, one spent managing actors, sets and attracting thousands of spectators.

All Is True is also quite consciously a film about the role of women in society, with daughter Susanna (Lydia Wilson) bristling under the rule of her puritan husband and daughter Judith (Kathryn Wilder) appalled by the traditions that deem her inferior to her twin brother, even after he's dead. Even Shakespeare's wife Anne, played with deceptive calm by the great Judi Dench, notes the irony of being married to a famous writer when she herself is illiterate. The Shakespeare women have managed to get by just fine with a mostly absent husband and father, and his sudden appearance raises a slight touch of bitterness.

At the center of the domestic drama, Branagh's Shakespeare is confused, even overwhelmed, by the passage of ordinary life. He nevertheless processes it all with the wit and insight we would expect from the man who created Puck, Falstaff and Caliban. Ultimately, it's a warm and humane view of life — not just of a Great Life. You can't get more Shakespearean than that.