Robin Williams Could Always Find the Raw Seriousness in His Comedy 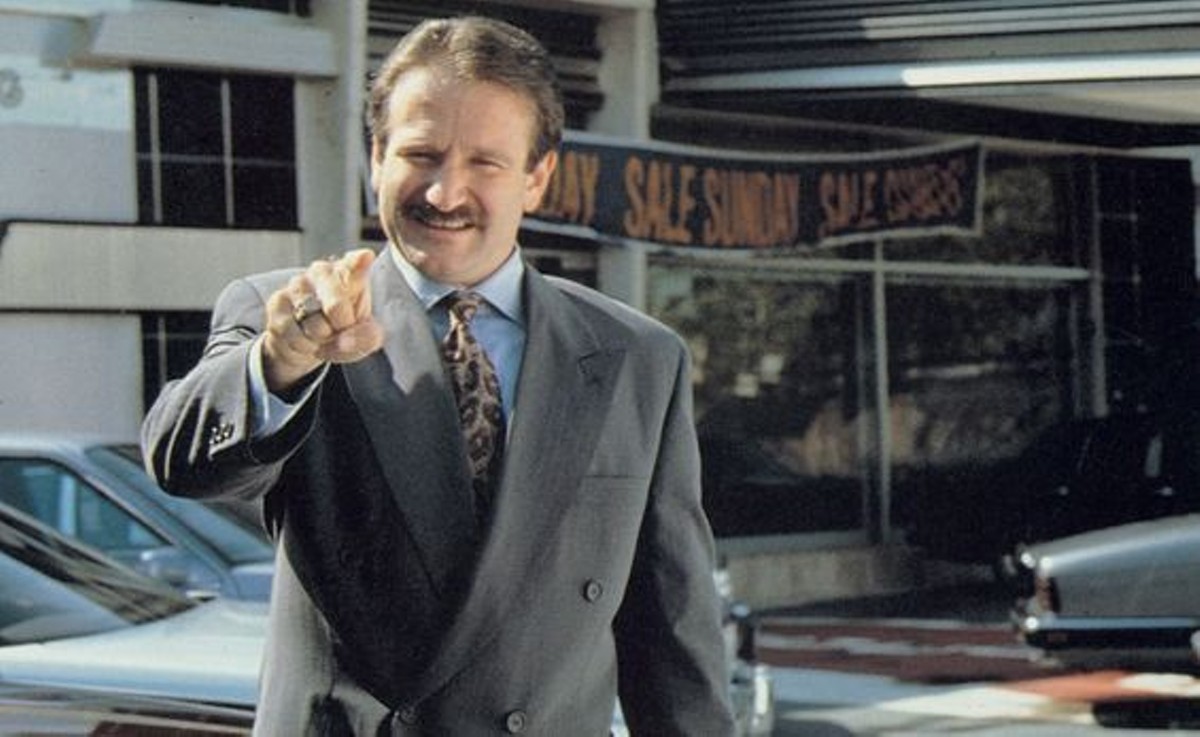 Robin Williams Could Always Find the Raw Seriousness in His Comedy

Even those of us who loved Robin Williams as a performer would have to say that sometimes he was too much -- too wired, too pleading, too on. There were times when I'd see him nattering away on a late-night talk show, or suffer through a performance like the one he gave as a wacky, healin'-em-with-laughs doctor in Patch Adams, and want to beg off completely. It's hard to love someone so desperate to be loved.

But greatness is a complex quality -- it's not the sort of thing you can easily wrap your arms around. And none of us could quite wrap our arms around Robin Williams. The roles that made him hugely popular, and that made him a rich man, weren't his best ones: The rubbery makeup he wore in Mrs. Doubtfire was the stuff of nightmares.

His role in Good Will Hunting -- for which he won an Oscar -- was essentially a crustier reworking of the ultra-admirable role-model professor he played in Dead Poets Society. Once Williams became a juggernaut star of blockbuster comedies, it was easy to forget how wonderful he'd been in small, often throwaway comedies, like 1986's The Best of Times, in which he played a small-town banker who just can't forget the time he botched a pass during a crucial high school game, or as a Queens car salesman with a passel of troubles in 1990's Cadillac Man.

But the real key to Williams' genius as a performer -- and he was a genius, albeit a sometimes exhausting one -- was that he was both a quicksilver comic and an actor capable of finding the raw seriousness buried deep in the heart of comedy. His two finest performances aren't his most widely lauded, but they're essential, roles in which he was able not just to set aside shtick but to transcend it. In Paul Mazursky's Moscow on the Hudson, Williams plays Vladimir, a Russian circus saxophonist who decides to defect right in the middle of Bloomingdales. He's overwhelmed by America; he faints in the aisle of a supermarket, overwhelmed by the million and one different coffee brands fanned out around him. His confusion and vulnerability, his bewilderment at finding himself in the role of stranger in a new land, are mostly telegraphed through the way his eyes soften, or by the bemused glint that flickers there now and then.

The performance is a physical marvel: Williams used his somewhat stubby build in a surprisingly sensual way -- as Vladimir, he pours a great deal of sexual swagger into wooing the woman he's got his eye on (played by Maria Conchita Alonso). His finest moment, though, is the one in which he watches the bus carrying his colleagues and his compatriots -- as well as his tenor sax -- away forever, as he begins his new life in a sometimes not-so-welcoming country. He knows he'll never see his friends -- or his horn -- again. Reporters gather around him to ask him the stupidest question in the world, the one reporters always ask: How is he feeling? With a dazed grin on his face, and his eyes closed tight, as if he were trying to both hide and protect the sorrowful complexity of his feelings, he says in his rough English, "I'm saying good-bye to my saxophone. I'm very happy to be here."

Bumpy, imperfect movies sometimes, somehow, bring out the best in actors, and Williams gave a near-perfect performance in Terry Gilliam's flawed masterpiece The Fisher King. He plays Parry, a former professor who comes undone after witnessing his wife's murder; he ends up homeless and mentally unstable.

As Parry, Williams does some very funny Robin Williams-type things, like leading a group of mental-ward patients in an enthusiastic reading of "How About You?" When he frolics naked in Central Park, his compact, hairy torso is a thing to behold, especially in the moonlight -- he's like a fairy-tale beast who's about to turn into a prince -- or, for the right girl, perhaps he's a prince already. That girl turns out to be a shy, gawky Amanda Plummer, whom he's admired from afar. When Parry finally speaks to her, you see how much he's putting on the line: He radiates a quiet tenderness that's bound tight with his fragility.

In his less understated moments, Williams could be harder to love. But he could also be shockingly honest about the bald terror and resentment that comes with being a comedian. There may be no harder job in show business than being a person whose existence depends on making other people laugh. Williams once said, "I'm no great shakes. It's the ‘love me' syndrome coupled with the ‘fuck you' syndrome. Like the great joke about the woman who comes up to the comic after the show and says, ‘God, I really love what you do. I want to fuck your brains out!' And the comic says, ‘Did you see the first show or the second show?'"

Williams, for years, has tormented some of us: We've wanted to enjoy him, to laugh at him, to be on his side, and sometimes he made that impossible. But it couldn't have been easy being Robin Williams. He did all the heavy lifting. All we had to do was laugh.