Tarantino’s Daring Fairytale Once Upon a Time...in Hollywood Is a Dazzling Triumph 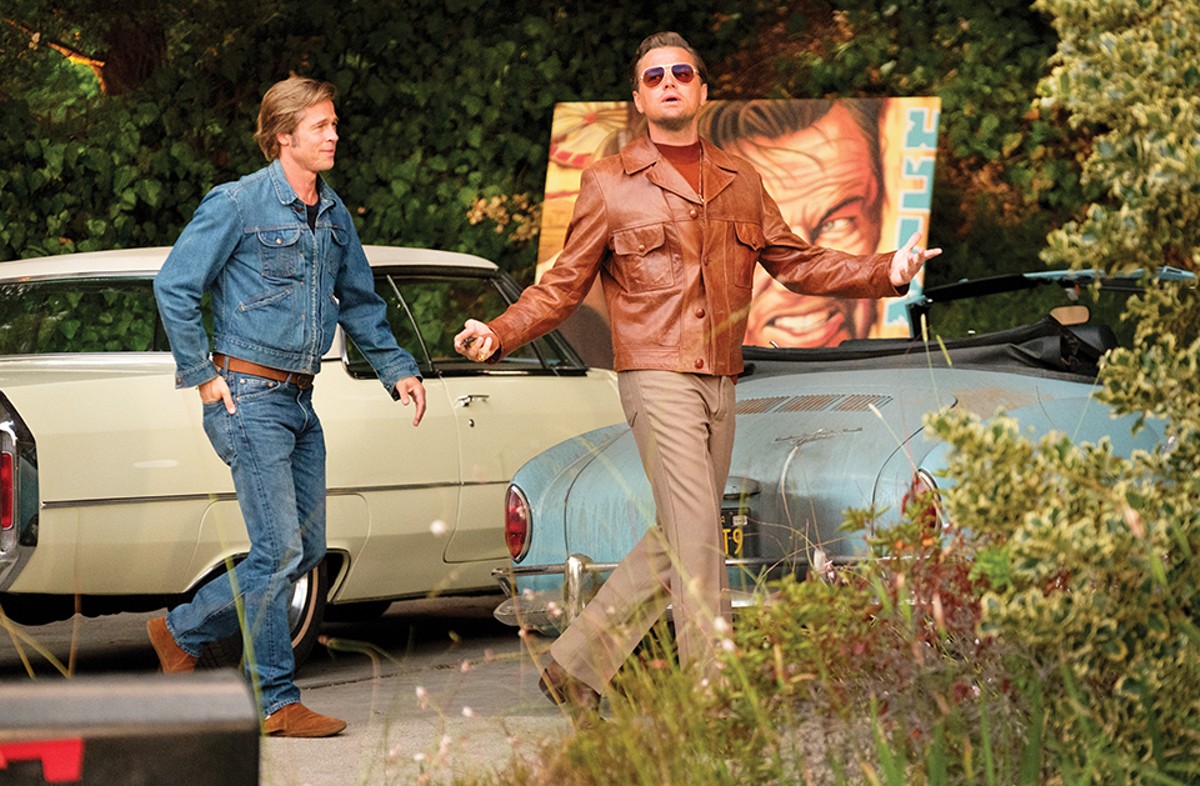 Once Upon a Time ... in Hollywood

Any discussion of Quentin Tarantino's new film Once Upon a Time ... in Hollywood would do well to look beyond the Leone-esque homage of the title and focus on the first four words. Tarantino is exploring his love for Hollywood's past, but don't let your guard down. He's a modern Scheherazade, blending his fanboy enthusiasm with an ambitious recreation of the film world as it reacted to a changing society. This is a film that subtly walks the line between fantasy and reality, the line that Hollywood — the concept, not the town or the industry — has always blurred. Once Upon a Time is a fairy tale disguised as history (and we already know from Inglourious Basterds that Tarantino isn't the least bit afraid of performing acts of historical revisionism). It recreates a particular time and place — the moment when Old Hollywood made the messy transition to New Hollywood — but it's seen through an opaque and slightly distorted looking glass.

It's the story of two friends facing an existential crisis that unbalances their relationship and pushes them toward an unsteady future. Rick Dalton (Leonardo DiCaprio) is — or was — a big name as the star of the TV series "Bounty Law" back in the early '60s, the kind of square-jawed masculine hero whose value is suddenly dropping as cultural norms change. Hanging on to stardom, he gets by taking guest roles, usually as a villain, on every TV series from "The FBI" to "The Green Hornet."

As agent Marvin Schwarzs (Al Pacino) warns him, he's guest-starring himself into oblivion, each appearance letting his rising co-stars show that they're the new star in town. For Tarantino, Dalton is just a cog in the Hollywood machinery, one of the Tys, Rods, and Troys whose Icarus-like flight paths take them from red carpet premieres to barely released Italian action films. Though mindful of Hollywood's unspoken hierarchy (he jokes that he was only offered a part after the "three Georges" — Peppard, Maharis, and Chakiris — have turned it down), he's never been much for self-reflection and doesn't like what he sees.

Cliff Booth (Brad Pitt) is Dalton's shadow, his laid-back doppelganger. He describes himself as Dalton's stunt double, but when that work dries up due to declining fortune and his own temperament (in one of the film's brightest flights of fantasy, he picks a fight with Bruce Lee on the set of "The Green Hornet"), he's just as content to be Dalton's driver, repairman, errand runner and professional friend. Unlike Rick, Cliff is at peace with their changing fortunes. Living in a modest trailer behind a Valley drive-in, he's content to sit back and watch the spectacle of L.A. society from the wheel of Dalton's car.

And what a spectacle unfolds. Theirs is an exclusively masculine world, the Playboy mystique without the bunnies and centerfolds, and it's under invasion. As the song says, young girls — very young — are coming to the canyon, hitchhiking, rummaging through garbage or catching Cliff's eye with a Lolita-like pout as he drives by. Also dancing her way through is beautiful young starlet Sharon Tate (Margot Robbie), one of Hollywood's new faces, seen at all the right parties, living with the town's hottest new director, Roman Polanski, and enjoying her rise to fame with a bemused innocence.

The core of the movie takes place in a single day, with each of the main characters facing different challenges. Dalton, filming an episode of the TV western "Lancer" (an actual show starring James Stacy and Wayne Maunder), is forced into a costume that hides his good-old-boy charm and coaxed into reconsidering his lazy habits by a precocious child actress. Booth begins the day high above Benedict Canyon repairing Dalton's TV antenna — Tarantino poses Pitt like a Cocteau angel hovering comfortably above the aptly named Cielo (Spanish for "heaven") Drive — then he casually picks up one of the young hitchhikers and gives her a ride to the Spahn movie ranch, a former film set now inhabited by a cultish and somewhat threatening family of runaways and hippies.

And Sharon Tate ducks into a movie theater to enjoy the decline of Old Hollywood — in the form of her latest film The Wrecking Crew, the last of the Dean Martin "Matt Helm" series. Both Dalton and Sharon are facing an uncertain future, stepping away from their pasts, and the film gives the sense that they're each leaping into the unknown. For a Tarantino film, this is surprisingly leisurely. For perhaps the first time, he's showing us characters who aren't generic archetypes — gangsters, outlaws, ninjas or assassins. They're real people with actual everyday concerns from feeding the dog to fretting over job security.

Tarantino, production designer Barbara Ling and music supervisor Mary Ramos have gone to extraordinary lengths to recreate the sights and sounds of half a century ago. The streets and marquees of Hollywood are filled in with such detail that I wished the characters wouldn't drive past them so quickly, while the soundtrack provides a steady stream of radio announcements and golden oldies from the infectious pop of Paul Revere and the Raiders to the excruciating psychedelia of Vanilla Fudge. There are occasional anachronisms, but I couldn't tell if these were accidents (the 1968 film Candy, cited on a billboard, would have been long forgotten by the spring of '69) or signs that Dalton was clinging to his glory days in the recent past (who was still listening to the Royal Guardsmen?). The film is worth multiple viewings just to absorb the details.

You can guess where this is heading. Given the time, the place and the presence of Tate, Polanski and the Spahn Ranch "family," it's inevitable that Once Upon a Time ... in Hollywood will end up on Cielo Drive on that hot August night. Watching the recent documentary Charlie Says, I had come to the conclusion that no film could ever recreate the Manson murders without falling into exploitation. Tarantino confounds that idea, setting up a long, hallucinatory climax that plays skillfully on our expectations and twists them into a stunning sequence that turns our notions of screen violence upside down. It's a daring move from a filmmaker who has consistently shown his willingness to walk to the edge when it comes to manipulating form and content. By the time the sun comes up again over Benedict Canyon, Once Upon a Time ... in Hollywood has changed how we see its two heroes and transcended its well-crafted nostalgia to become a profound existential fable.