Drew Gowran Makes Music Wherever, and with Whatever, He Possibly Can 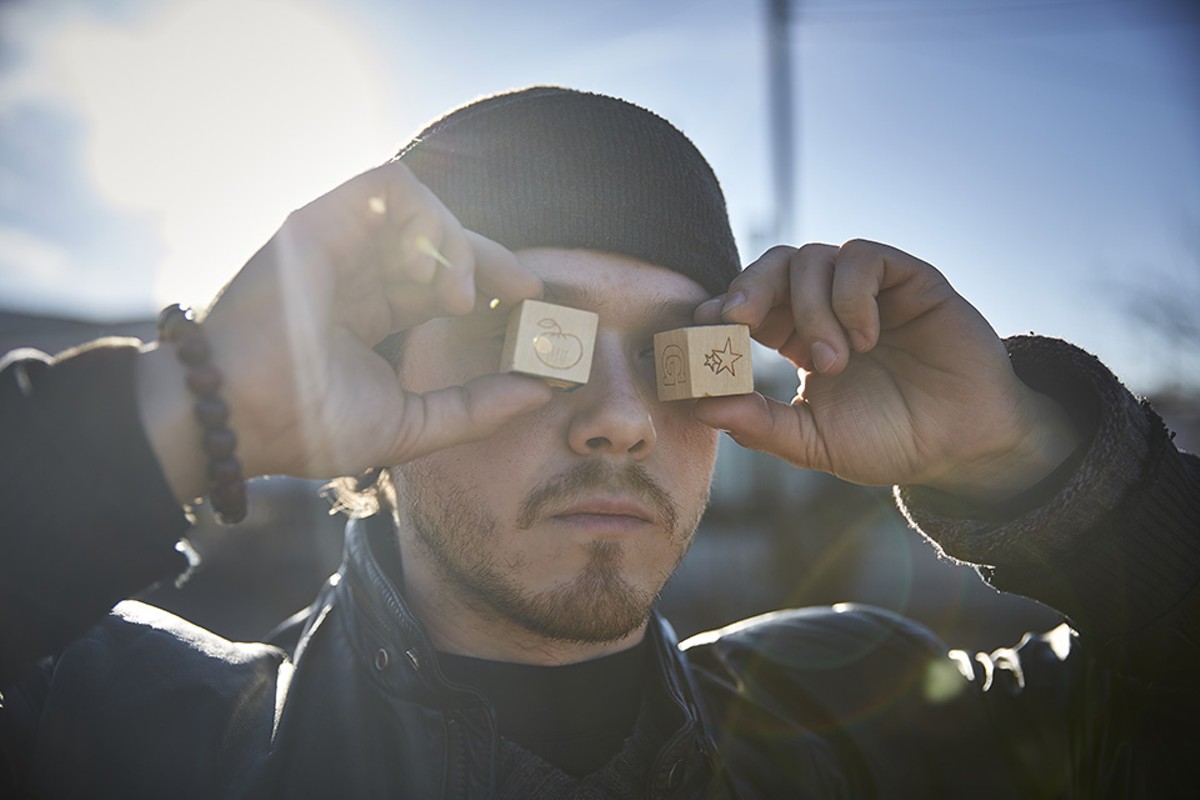 Drew Gowran can be found throughout St. Louis, banging on all manner of kitchenware. THEO WELLING

When he's tucked into the deep, glass-and-tile entryway at the former home of Melt on Cherokee Street, solo percussionist Drew Gowran tends to draw a crowd.

"I do that at least once or twice a week," the soft-spoken Gowran says, noting the righteous acoustics of that particular storefront and the social interactions it tends to birth. "I've met so many people on the street because of that. It basically invites all the outcasts and weirdos onto the street to gather and hang out there. It's like a safe space, almost. It's peaceful. The people come out of whatever's happening at 2720 and will sit Indian-style and close their eyes; I've experienced that a few times. It's nice."

It's not his only spot to set up and play — there have been gigs near Busch Stadium and under bridges downtown, and in shady nooks of Tower Grove Park. Sometimes these are done for crowds, sometimes for livestreaming on Facebook — but regardless, it's where he feels at home as a performer. Even though people near Melt have been most accustomed to seeing his setup, he's still answering the expected questions in between what are frequently ten- or twenty-minute sets.

THEO WELLING
"People think it's dope," Gowran says of his cassette tape Dismantle. "They really like the cover image

Those questions come at the rate of "all the time," Gowran says. "They want to know how I started doing this and what I'm using. I just tell them they're cast-iron aluminum pots and lids. Some auxiliary sleigh bells, goat bells, brass bells, stuff from India. The rest is recycled Christmas decorations, things I find on eBay; 90 percent of the stuff I use is kitchenware. I interact with people a lot and, sometimes, I end up teaching a field trip. Like, I was at Soulard Market and a group of 30 to 50 first- and second-graders showed up and I demonstrated it all for them. Sometimes a random kid on the street wants to know what I'm doing, and I'll ask them to pick up a lid and hit it. I'd think that was cool if I was a little kid — it's something I'd remember."

Over the past couple of months, Gowran's been busy, with a few different projects moving from the phase of thought-only to executed reality. He spent a month playing in Sunday afternoon, first-time-together duos at Kismet Creative Center. He recorded a video session during Lo-Fi Cherokee's 2018 outing, and a friend, Randy Shinn, has been tracking his street performances for a short documentary.

Occasionally he's jumped on a club bill, too; for those, he can add a loop pedal and amp to his all-acoustic street configuration. And Gowran has continued working as the booking agent of the slightly mysterious El Lenador, the on-again-off-again Cherokee Street venue, where he focuses on bringing in unique shows, shooting for at least one event per weekend.

Recently, he released a cassette tape called Dismantle, recorded in January of this year by Mark Cange. The seven-track work helps Gowran extend the conversations that he engages in on the street, providing a physical artifact by which to remember those interactions.

"People think it's dope," he says. "They really like the cover image [shot by regular RFT contributor Theo Welling]. I dunno, I think people buy the tape and may listen to it once. Some may never listen to it. Whatever the tape sounds like, that's what I sounded like seven months ago. It's still pure and beautiful and sounds interesting, especially on tape."

It's something that he'll be able to sell on the road, too. In late June, Gowran will head out on a week-long, six-city tour of the upper Midwest. His goal is to continue working as a solo artist, in traditional clubs (at times), non-traditional venues like galleries (preferred), or (best of all) out in the streets, wherever those may be.

"It's important to put yourself out there, in every place you can," he says. "But I definitely think that if you're capable of using your instrument on the street, it'll change the way you perform and interact with people. There's something unique about it; there's no support and people are just passing you by. It makes you very vulnerable, but it's also empowering. You have to believe in yourself to do it, since it's not like people are out there cheering you on. You start to think about your music differently when you're not playing for friends or when in front of people not used to hearing something like this.

"It's something I'll do as long as I'm playing music," he continues. "I'll remain doing it. I can take my lids and play in the street. I don't have to contact a venue or ask permission. I can meet people in the street and make money. Once I'm in the moment, I'm just there to create sound and escape and interact with the things I see and hear out in that street. I don't do it to be overbearing, but to go with the flow of how things already are."

A downloadable version of Dismantle is available at https://drewgowran.bandcamp.com/.