Brett Gretzky is a hip-hop duo schemed up after the clever coordination of fellow Indyground artist, Steddy P. St. Louis resident Eric Farlow (Farout) and Chicagoan Jason Bommarito (JBomb) blend Show-Me State bravado with Windy City mellow into breezy records that beckon multiple listens. Farlow spits a barrage of polysyllabic ryhmes with a self-assured, breakneck flow — suffice it to say, he has speed and can pilot a search engine. Bommarito supplies comely melodies often accompanied by an acoustic guitar. His reggae-filtered contributions float methodically above sampled backing beats with the durability of a 100-year-old oak tree. Bommarito's grounded verses tether Farlow's sky-high ponderings to sounds scratched from Indygrounder and fellow nominee DJ Mahf and producer Ben Bounce. Together, Farlow and Bommarito have churned out multiple solo and joined efforts, each more pleasant and cerebral than the last. -Blair Stiles 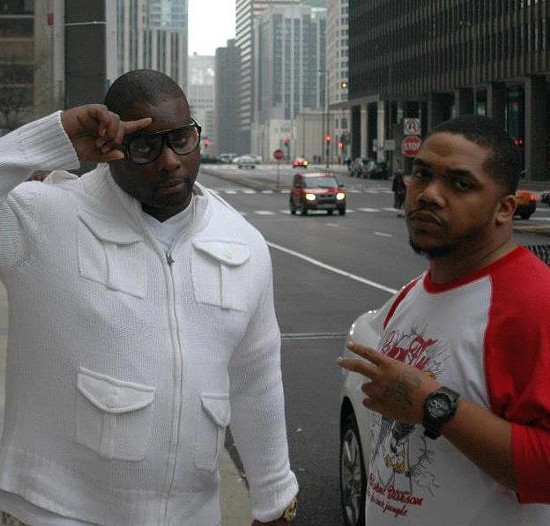 Drawing influence from classic hip-hop duos like UGK, Outkast and Eightball and MJG, the members of Buff N Chubb met on the south side while putting out mix tapes for separate crews. After collaborating on their first track, "Frownin (Got'um Maad)," the duo opted to join forces. Even though Buff N Chubb makes street music — as on tracks like "Jealous," which features Tef Poe — they have real crossover appeal, evident in their breakout club track "We Jammin." -Billy Brown

With nearly ten years of working the words, the artist collective known as Doorway hopes to infest ears with sharp wisdom. With lyrics ranging from the cautionary to the self-affirmed, Doorway provides solid rhyme for several ways of life. Whiteout, L-Gifted, RT-FaQ and SD the Dizzle Man show classy teamwork in bringing a shapely, versatile sound. Doorway covers all angles with unabashed self-awareness, and goes hard while keeping modestly grounded. The hooks dig deep with poignant lyrics and honestly inventive beats. Doorway insists on relentless positivity, which might prove to be the very distinction the group needs to survive in a climate of talented imitators. -Joseph Hess