Homegrown singer Tydis gets his shot at the majors 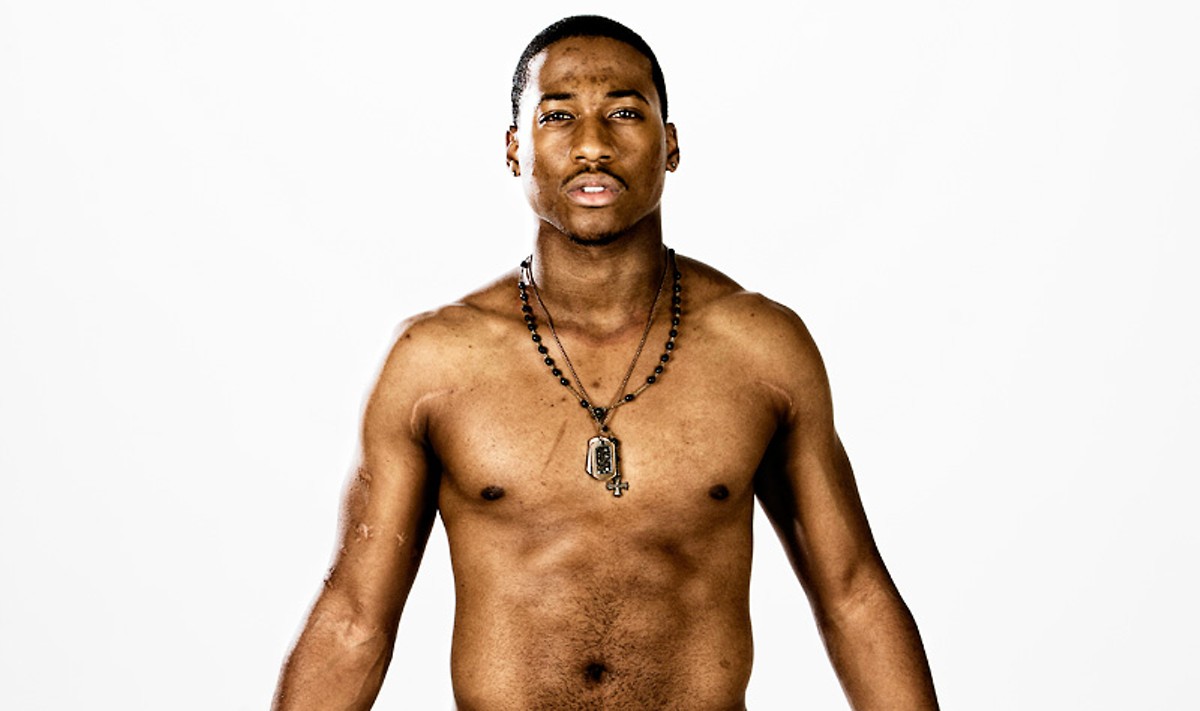 Homegrown singer Tydis gets his shot at the majors

With hopes of becoming the next big talent to make it out of St. Louis, self-proclaimed "pop megastar" Tydis has been busy making a name for himself on the national scene with his own brand of pop/R&B music. His talent earned him the attention of local Grammy-winning producers the Trak Starz, who soon signed him to their production company. Their partnership in turn landed him a deal with Mickey "Memphitz" Wright, who has added the colorfully clad up-and-comer to his Hitz Committee roster under the Jive Records label. B-Sides recently spoke with Tydis about his background and his experiences in the industry to date.

B-Sides: What impact has your St. Louis upbringing had on your life, personally or professionally?

Tydis: The environment and just some of the things I've been through growing up taught me how to be responsible and go about doing things the right way. By me being a spiritual person, I've learned how to be respectful and stay positive — regardless if someone's being negative toward you, if you stay positive, you'll reap positive benefits.

How did you get started writing songs?

When I was a child, I thought that in order to be an artist you had to write your own songs. I didn't know Usher and all these other artists had people writing for them. So I would make beats by pounding on the table and write to the music I was hearing in my head. It took some time, but over the years I progressed.

What events led to your signing with Hitz Committee?

I had a song called "Bubble Gum" and a couple others out on the Internet awhile back. My buzz started to pick up around the city, and the Trak Starz contacted me through MySpace to perform for them. I came out and blew the hair off their heads – from there we built a close relationship, and they became my foundation.

As far as Hitz Committee, me and my manager Travis knew people at the label just from running into them. Then I had other artists like Chingy and Huey who were really repping me and holding me down there, so it eventually led to a meeting with Memph[itz]. Next thing you know, I'm at the Jive Records' office, singing on top of the table. It was an exciting time and a great experience for me.

As a recording artist, what makes you unique?

I like to show people that it's OK to be who God made you. Everybody has trends they like to follow or people they want to dress like or look like, but it's OK to be yourself instead of blending into the crowd. As an artist, I enjoy singing my music and dancing and entertaining the people, but as a role model, I'm not doing my job if I'm not inspiring people to be truthful about who they are.

What would you like to accomplish with your music?

Next year fans can get their hands on my album, Tydis Rocks. I really want to bring back that whole Michael [Jackson] era, the Prince era, the Elvis Presley era. A lot of people are afraid to go against the grain, but I'm excited about doing it.