Karate Bikini Took a Collective Approach to Songwriting for Its Latest Release, Chimera 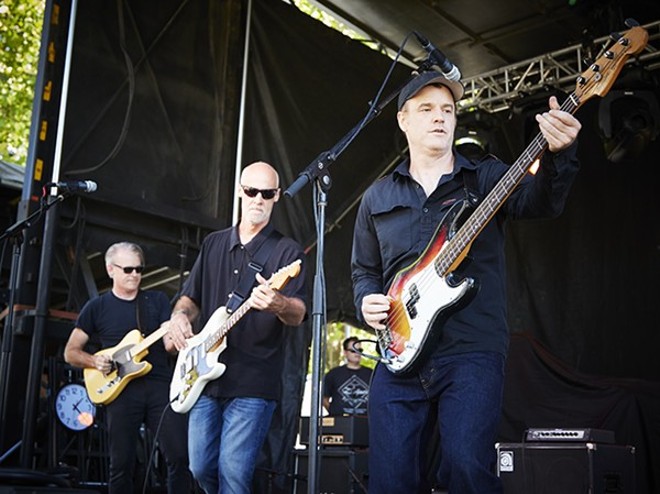 Photo by Steve Truesdell
Karate Bikini performing at LouFest in 2016.

When Karate Bikini first arrived on the scene with a four-song demo EP in 2010, there was some comfort in a new band made up of familiar faces. The pop-leaning group contained players with roots in some of the city's more thoughtful and tuneful bands, some dating back to the early '80s. But the pedigree of the players coalesced behind the voice and songs of Tim McAvin, a guitarist and bass player best-known as a one-time member of Tight Pants Syndrome who could spin out a three-minute song with equal part wit and hooks.

As the years went on and the band swelled to seven or eight members, McAvin has burrowed into his craft —2014's A Simpler Sugar found him channeling Stephin Merritt while the band toyed with New Wave and baroque-pop flourishes. But in preparing for this year's Chimera, McAvin sought to round out the corners of the sixteen-track album with the compositional, lyrical and vocal contributions of his bandmates.

"Part of it was to get a little more buy-in so that everyone has a little more invested in it," McAvin says of the new album's construction. "And also to take a little bit off of my plate — I still contributed eleven songs." 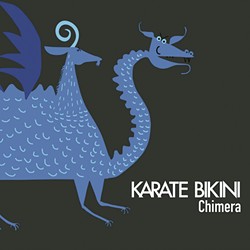 The band's open-source approach pays dividends immediately on opening track "The Maze," written and sung by guitarist Mike Martin (formerly of the Painkillers and Tinhorn). On it, he sounds a little like a young Eric Carmen fronting the Turtles, and the band's peppy upstrokes recall the Beatles' "Getting Better" both in form and message. It's also the most power-pop moment on an album that is more willing to experiment with song structures. While McAvin sings lead on most songs here, the scattershot variety — barely tethered basement jams, fingerpicked instrumentals, youthful garage rock — feels as much like a mix tape as it does a complete album.

That experimentation informed the construction of the title track; the band used a mix of musical and statistical theories to work out its bones. "I took what I thought was a basic pop song, and I thought about ratios," explains McAvin. "If we're playing in C major, the C chord would appear 50 percent of the time. I went to the fourth of the scale and made half the number of chords. Shuffle the chords, throw out a group, and that's section A. Do it again, that's section B."

The track was performed on five different keyboards, undercut with itinerant drums and unmoored vocals, kind of like a Sparks song set to puree. "It's funny because I thought it would be some sort of magic ratio — this is the ratio for a pop song! — but it turned out to not be that way," he says. "It is kind of fun to say, 'This is the music we're gonna play' and let fate make some of the decisions.'"

Fate dictated some choices, sure, but McAvin's bandmates filled in a few more; each member added an element to the writing of at least one song. Michelle Rae, whose saxophone and vocals have long served as a tonic to McAvin's dyspepticisms, takes the reins on the bluesy twang of "Good to Be Done." John Horton, who is on anyone's short list for the best guitarist in town, turns in the gentle acoustic instrumental "A Single Note," displaying a range not normally heard in his usual gigs with the Bottle Rockets. And drummer Danny Hommes belts out the soulful, folksy "Fog in September" with the conviction of a campfire strummer.

Eight years into the band's existence, McAvin credits his partners for "bringing in some things, some other elements that I hadn't originally thought of. It hasn't totally changed; there's still a pop aesthetic, even though there's a wide spectrum, and that spectrum has widened."

In titling the album, Karate Bikini gives a nod to its many stylistic components. "The Chimera is a stitched-together animal — a snake body with eagle wings and a monkey head — at least in my mind," McAvin says, noting that the allusion channels "that whole idea of coming from all the different places and trying to make it work somehow."

A whole made up of many disparate parts is, of course, an apt descriptor for Karate Bikini, even at its most pop-centric. That the album willfully rips the stitches and takes the stuffing out of its songs makes the image even more fitting. And for McAvin, being part of a band where most members are well into middle age has given him perspective and gratitude