According to these tour dates posted yesterday on Rolling Stone's website, Skrillex's haircut will be making a stop in St. Louis on Tuesday, June 17 at Chaifetz Arena. Performing with the stylish coif will be Dillon Francis, What So Not, and Milo & Otis. 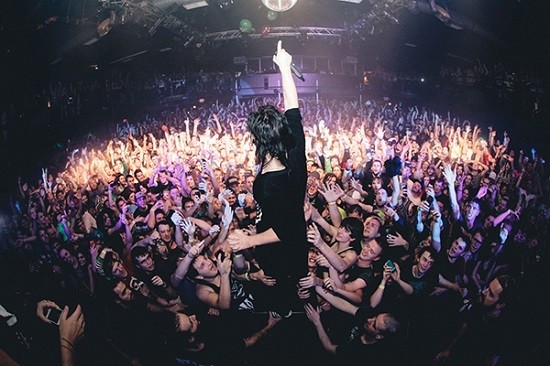 Courtesy of Biz3
Skrillex's haircut from the back, performing live.

The tour, dubbed "The Mothership Tour 2014," has not yet been announced otherwise, so ticket prices and on-sale dates are as of yet unknown. We will update this post when that information is available. We've also been hearing rumors that Skrillex's haircut will be bringing the rest of Skrillex along as well. Exciting! More on that as it develops. Watch the tour promo video below for more info: