The Five Best Uses of Animal Sounds in Songs 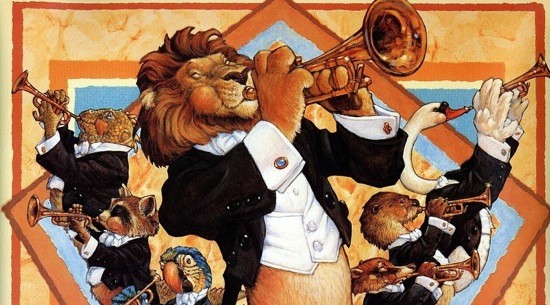 The ol' Casio keyboard sound effects never get a workout quite like they do around Halloween, when nearly every spooky song comes punctuated with a howl or a squeak. Or a half-dozen of them, as in the case of the maddeningly catchy kids' song "Pumpkin Jack." (Click here to listen, and don't say we didn't tell you.)

But otherwise, animal noises in songs are surprisingly scarce outside of the kids and novelty genres. Here we present five of the best.

5. Sure Shot, the Beastie Boys If there is a better way to kick off a '90s playlist -- or this list -- than with the "talking" I Love You Dog that's lifted, apparently, from an old Little Caesars commercial, let it be known. Because those three almost syllables -- ruh-RUH rooo! -- paired with the unexpected and brilliant flute line now seem made for each other, like dog poop and brand-new carpet. You could argue that the barking dog is a nice touch on Sublime's "Doin' Time," which is true enough, but an almost-talking dog trumps a regular non-talking dog every single time.

4. Jungle Love, the Steve Miller Band Probably a parrot's most shining moment outside of a Jimmy Buffett concert, this song owes more to its feathered soloist than the omnipresent background cowbell. Though "Jungle Love" never even cracked the top twenty on Billboard, without that bird, the song would be nothing more than a forgettable pit stop for the Steve Miller Band, en route to its craptastic (creeptastic?) song "Abracadabra," which inexplicably made it to No. 1 in 1982. (Family lore has it that during this song's heyday, our pet budgie would go bird-shit crazy bopping his head whenever it came on the radio. And that's a nice image. Who's a pretty bird till you flew out the window, dum-dum? You are, Chipper! RIP.)