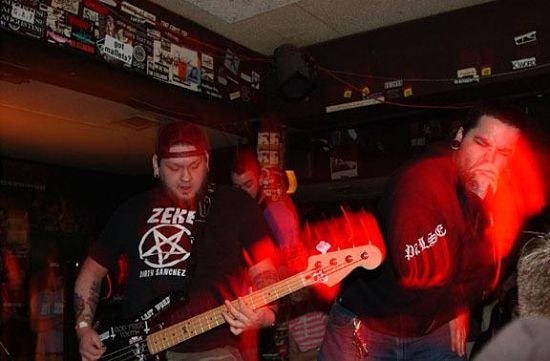 The Requiem was a fast hardcore punk band with melodic leanings that operated in the hardcore scene of St. Louis from early 2003 until mid 2005. The band's sound was in the same vein as Panic, American Nightmare and/or Bane, wherein fast four-chord riffs give way to mid-tempo breakdowns underneath a passion-filled, screamed vocal delivery.

The earliest incarnation of the band featured Tony LeSeure on vocals -- his previous band had been the hilariously-named and fucking awesome 2 Keys House staple powerviolence group Keanu Reeves Reeveau. A mid-stream lineup change brought in vocalist Chris Kenyon who, coupled with the addition of second guitarist Phil Branch, seemed to bring added focus the already-beloved local band. In it's two years of existence The Requiem released two EPs, the first, In Loving Memory Of..., with Tony and the latter, We Are Not Equals, with Chris, both of which were later released on a discography CD along with demo tracks and unreleased songs on St. Louis' Dark Front Records. The band played it's official last show on June 17, 2005 at the Lemp Arts Center. Following Chris's tragic passing, which involved complications from a seizure just months later in late 2005, The Requiem reunited with Tony for a one-time benefit / memorial show at the Czech Center.

Below: an interview with guitarist John Gierse, a streaming track, photos, video footage from the band's last show, and the complete downloadable 22-song discography. 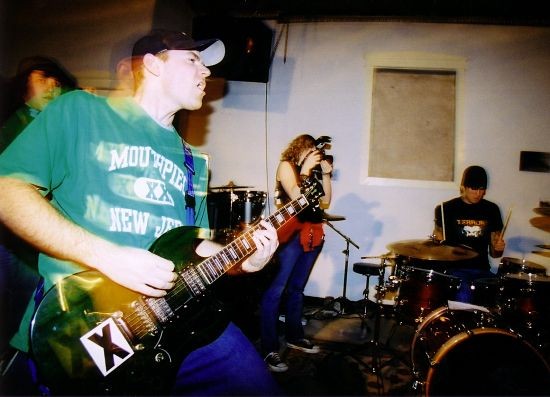 The DIY punk, hardcore and metal scenes have always existed underground and off-the-radar in St. Louis, operating out of basement venues and VFW halls throughout town and rarely-if-ever striving for mainstream attention. While necessary to conduct business properly, an unfortunate side-effect of the approach is that within a few years of disbanding great musical acts are often seemingly erased from the public consciousness. This could have to do with the fact that there is no "retirement plan" for aging punks -- indeed, the genre is perpetually populated by kids in the 18- to 24-year-old demographic -- or perhaps more to do with the intentionally underground middle-finger-to-the-public-at-large attitude with which the music carries itself. In any case, I've always found this posthumous descent into obscurity to be a shame, and my aim with this weekly blog is to shed some (discreet) light on the actions of the current local scene as well as to document some of the notable bands from our city's past.

See Also: Better Days Saw the Cro-Mags Stabbing Coming and Has a Seven-Inch on the Way 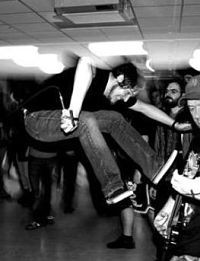 Yes. That was right after we traveled across the country to play Che Fest in San Diego. I think he played one last show and then Chris (who originally had the idea for the band) took over on vocals and Phil came in on second guitar.

The rest of the interview and the complete downloadable discography is on the next page.