Cori Bush and the Audacity of Tenacity 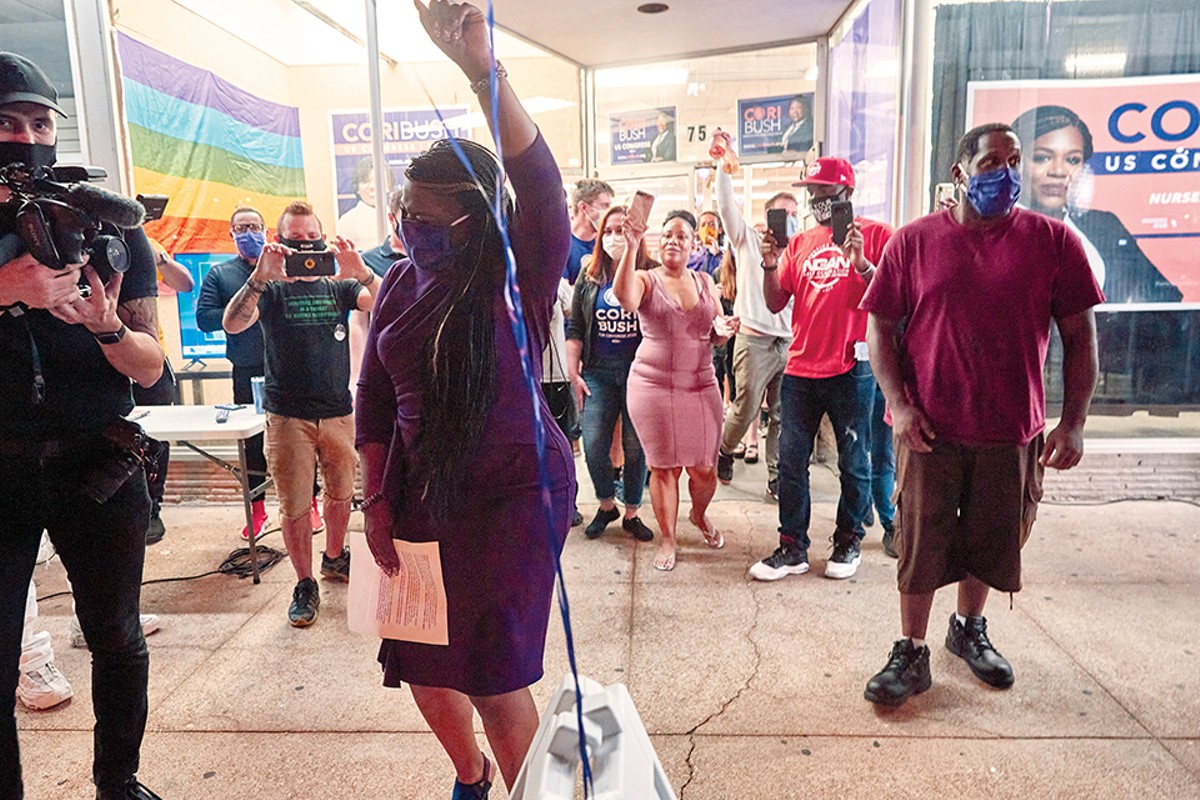 On primary night two years ago, Cori Bush wiped away tears, climbed on the stage of a strip mall comedy club reserved for the evening and thanked everyone who had supported her campaign.

The watch party that began with the buzz of nervous optimism had shifted over a couple of hours to despair as vote totals pinged across phones and laptops, showing U.S. Representative Lacy Clay steamrolling toward his tenth term in Congress.

“The results came in, and it was like the air was taken away from us,” recalls Anthony Sanders, 53, who had been a Bush volunteer since her 2016 run for the U.S. Senate.

Few had expected much out of the Senate race. Bush was taking on Democratic golden boy Jason Kander, who at the time was the Missouri secretary of state and much discussed as a presidential contender in the future. So when she finished in distant second, less than four points ahead of Chief Wana Dubie, no one was too hurt. But in 2018, she had legit buzz. Less than two months earlier, a 28-year-old bartender named Alexandria Ocasio-Cortez had shocked the world by knocking out a seemingly untouchable New York congressman. AOC had visited St. Louis after her victory and campaigned for Bush, and the supporters packed into the Laugh Lounge had hoped to witness a second strike of political lightning.

But Clay was even stronger than they imagined, winning by nearly twenty points.

“I think we were devastated,” Kristine Hendrix says. “I was devastated. I cried.”

Hendrix had met Bush as a fellow activist in Ferguson after eighteen-year-old Michael Brown was killed in 2014 by a white police officer. And the two were part of a wave of protesters to cross over as political candidates. Hendrix was the first to break through, winning a seat on University City’s school board in 2015 and again four months before Bush’s primary against Clay. She thought Bush had a real shot.

“I think I was kind of in a U City bubble,” Hendrix says now. “But I was also really hopeful.”

In retrospect, that loss to Clay in 2018 feels like just another plot point in a steady progression toward Bush’s headline-grabbing victory last week in the rematch against the congressman. But that night in 2018, when the Laugh Lounge turned suddenly somber and heartbroken supporters wept in their seats, there was no guarantee that the nurse-turned-candidate had any political future at all. She had thrown everything she had against Clay, and he walked away smiling.

But over the following months, Bush and her supporters looked at the 53,250 votes cast in her favor, the connections she’d made through the district, the national profile they’d built — and they began to envision a different ending to a potential rematch with Clay.

“You don’t beat a giant with one punch,” Hendrix says, “and that was definitely a giant.” 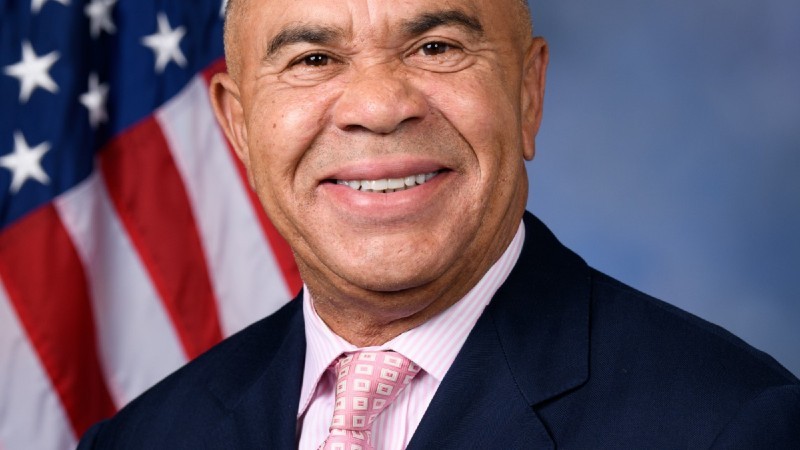 It’s true that Lacy Clay is a giant of Missouri politics — ten straight terms in the U.S. House of Representatives, seventeen years in state legislature before that, chair of a subcommittee for the U.S. House Committee on Financial Services. It is also true that he stands on the shoulders of another giant, his father. When William “Bill” Clay decided after 32 years in Congress to step aside in 2000, residents of Missouri’s First Congressional District made the easy transition to voting for his son.

By then, the elder Clay had built an impressive political machine. His power was derived from his early roots in city politics and activism, cementing his bona fides as a fighter and civil rights leader during the Jefferson Bank protests of 1963 when he was arrested and jailed in the city Workhouse for more than 100 days. He was a St. Louis alderman at the time, and even after decamping to Washington, D.C., he kept a close watch on local politics all the way down to the committeeman level.

“He had a very well-oiled organization,” says Warren, who helped Bill Clay write one of his many books and got to know the family. “He knew everyone in his district.”

As a U.S. representative, he co-founded the Congressional Black Caucus, which became an established source of political muscle. And when upstart politicians such as Bush started to primary incumbent Democrats, including his caucus member son, Bill Clay wasn’t pleased. After the vote in 2018, he chided them in a newspaper interview for challenging sitting Democrats at a time when the party’s top enemies were Donald Trump and his enablers.

“They are attacking Democrats instead of going after the Republicans who sit there in the Congress and let this idiot in the White House do what he wants to do,” the elder Clay told St. Louis Post-Dispatch veteran political reporter Chuck Raasch less than a week after the 2018 primary.

When it came to his son’s victory over Bush, Bill Clay offered an assessment that seemed as much a warning to would-be challengers as it was political analysis.

“What it says is that an outsider like that can’t come into our district anymore and dictate what is going to be,” he told Raasch. “(Ocasio-Cortez) is the party of Bernie Sanders. She went across the country, he did too, and the results have shown they didn’t influence too many people.”