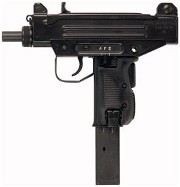 In a 4,650-word, front-page treatise in yesterday's New York Times, author Michael Luo lays bare a significant trend: each year, thousands of felons across the country have their gun rights reinstated following prison sentences, despite a federal law that strips away the right to bear arms for anyone convicted of a felony.

The explanation is simple. When it comes to the Second Amendment, state law trumps federal law. Beginning in the 1980s, Congress began allowing state legislatures to dictate gun reinstatement policies, which resulted in more than 3,300 felons and people convicted of domestic violence misdemeanors regaining the right to own a gun since 1995, according to the Times report. Of that number, Luo reports, 400, or thirteen percent, have subsequently committed new crimes, half of which were felonies, including murder.

The Times report did not name every single state that permits felons to reapply for gun ownership. So where does Missouri stand in this heat-packing debate?

Perhaps surprisingly, Missouri is more restrictive than other states when it comes to keeping guns out of the hands of criminals. According to Special Agent Trista Frederick, a spokesperson for the Kansas City Field Division of the U.S. Bureau of Alcohol, Tobacco, Firearms and Explosives, no convicted felon may possess a firearm or ammunition in Missouri -- unless they receive a pardon from the governor.

A spokesman for Gov. Jay Nixon says the governor has not issued such a pardon during his tenure in the statehouse, which stretches back to 2009.

Missouri's gun restrictions for felons tightened up relatively recently, which goes against the tenor of the Times article. Before August 2008, only individuals convicted of "dangerous" felonies were stripped of their right to bear arms -- and they could reapply for gun ownership five years after their crimes. But the law was changed to prohibit all felons from gun possession. That revision is outlined in Missouri House Bill 2034, which was signed by then-Gov. Matt Blunt. The full statute on gun ownership can be found here.

One of the problems with the original statute was that sexual assault and robbery were not classified as "dangerous" felonies at the time. In addition, the law only applied to concealable weapons so, in theory, a convicted felon lugging around an AK-47 was safe from the law.

Critics of the statute question why someone who commits a non-violent felony should be stripped of his gun rights. A breakdown of the reasoning behind the revised law, including the perceived problems with it, appeared in the Missouri Law Review in 2009.

Despite the tight restrictions, advocates against gun violence still criticize Missouri for being lax on firearm regulation. In a report released last year by the Legal Community Against Violence, Missouri ranked 39 out of 50 in gun-violence prevention. The authors of the report cited various examples for the state's low ranking. Among them: Missouri does not require a background check prior to the transfer of a firearm between private parties; prohibit the transfer or possession of assault weapons, 50 caliber rifles, or large capacity ammunition magazines; license or significantly regulate firearms dealers; or limit the number of firearms that may be purchased at one time.

In 2007, 759 people died from firearm-related injuries in Missouri, the authors reported.