An Arch Grant brought him to town. A terrible taxi ride almost destroyed him 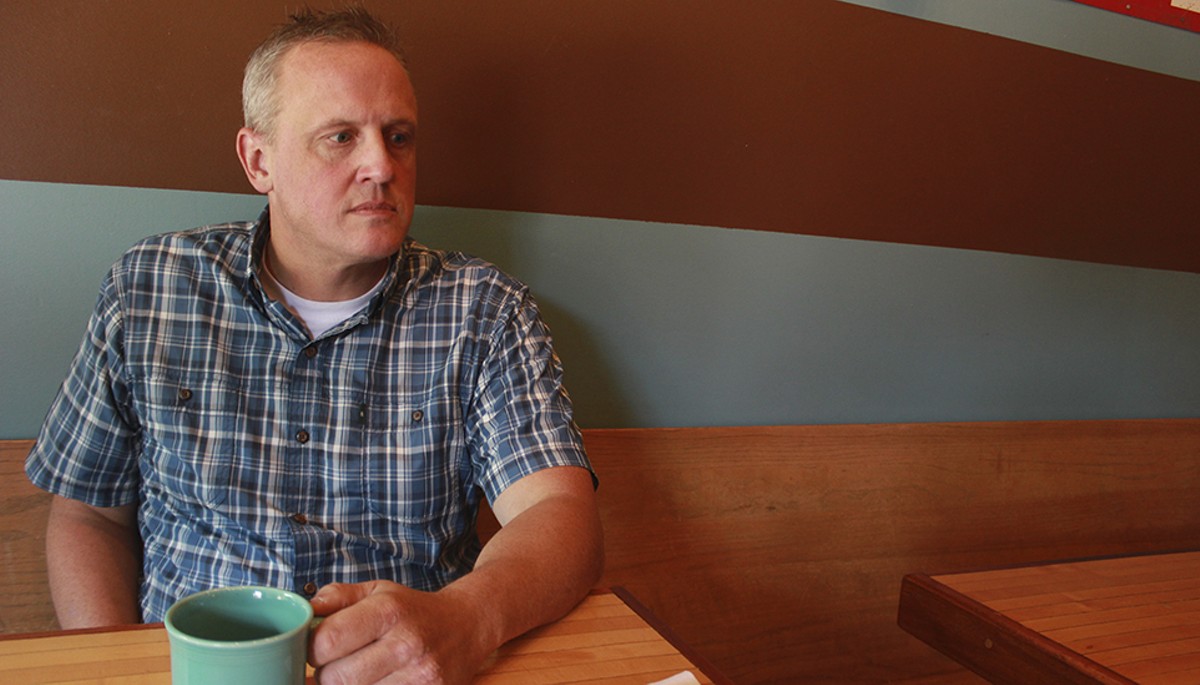 Five years ago, Ed Domain moved to St. Louis with big dreams and good health. When he left a few weeks ago, he was limping and in worse financial shape than when he arrived.

Domain stares into the overstuffed U-Haul in front of his empty Cherokee Street apartment. "My whole life fits in a fifteen-foot truck," he says. "There's probably a message in that."

His 45th birthday was four days ago, and he's starting over. A new city. A new job. Everyone agrees this is best.

He watches as movers finish loading the last of his furniture. They have managed to cram in the high-end rowing machine he hopes will help him rebuild his strength, the bicycle he would like to ride one day and an aluminum-frame walker he keeps just in case.

"I don't want to be negative," he insists, a refrain he has repeated during the past several days every time he finds himself wandering too far into the old battles. He can list dozens of people who helped him in St. Louis — business connections who adopted him as family because they knew he arrived here alone, grown men who dressed up in costumes to cheer him up at the hospital and friends who told him the truth when they worried he was losing himself in the fight. But it is hard to separate these kindnesses completely from what was taken from him during his time in St. Louis. The greatest acts of generosity were only necessary because of appalling injustices. The good was the counterweight to the bad, and the bad drove him for so long.

"The rage was there," Domain says. "It was like this hate furnace."

This move will be good, he says. He is heading west to Denver. He loves the outdoors, and his new apartment will have a view of the mountains. Best of all, he doesn't know the politicians or lobbyists, and they don't know him. Colorado offers an opportunity to begin anew — if only he can make peace with what happened to him here.

Ed Domain rolled into town in 2012 with the entrepreneurs' equivalent of a golden ticket.

Arch Grants, a new nonprofit designed to lure innovators to the city, chose him for its first round of awards. The honor was not only generous — winners were given $50,000 and promised a suite of support services in exchange for their move to St. Louis — it instantly marked him as someone to watch in the local startup scene.

"Ed was a very engaging, outgoing guy who was passionate about his business," remembers Arch Grants co-founder Jerry Schlichter, a nationally known attorney dubbed "the Lone Ranger of 401(k)s" by the New York Times. "He really wanted to make a difference in so-called flyover country by showing what was going on in tech outside the coasts."

An Army vet who was raised in a blue-collar suburb of Chicago, Domain was big, loud and gregarious. His business was a news media site called Techli, an online publication he created to report on startups in the heartland. He had tried a couple of other ventures before — a pair of social networks geared toward teachers and the military — but Techli was the first to gain much traction. It combined his passions for tech and startup culture with a long-held desire to build and run his own business, a dream he had nurtured ever since he began reading about Silicon Valley stars in Wired magazine as a college student.

By its nature, Techli also gave him a perfect entry into the close-knit community of innovators who had begun filling shared work spaces within repurposed warehouses in the city's central corridor. With a few notable exceptions, the largely young and ambitious entrepreneurs here lived so completely in the shadow cast by the giants of Silicon Valley and, to a lesser extent, innovation hubs on the East Coast, that they barely existed in the minds of the national tech media.

"When an entrepreneur starts a business, whether they admit it or not, one of the things they desperately desire is recognition that their idea is a good one," says Aaron Perlut, a co-founder of marketing firm Elasticity. "That is a basic human instinct."