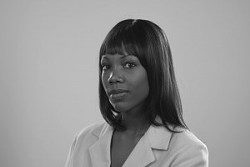 Kacie Starr Triplett: "I know I have disappointed you."

A former St. Louis alderwoman used her campaign funds to treat herself to salon and spa services, pay her mortgage and student loans and pad her wallet with spending cash.

In 2007, a 26-year-old Kacie Starr Triplett became one of the city's youngest politicians ever when she was elected alderwoman of the city's Sixth Ward. Five years later -- in November 2012 -- Triplett resigned while in office to take a job working as a homeless advocate and consultant with the nonprofit Behavioral Health Network of Greater St. Louis.

In an apology letter emailed to her former supporters today, Triplett admitted wrongdoing.

It will soon become public that, while serving as Alderman, I converted campaign funds for personal use. My actions were illegal and indefensible.

Regrettably, my mistakes resulted not from need, but from greed and selfishness. I fell into a behavior in which, if I desired something that I could not afford, I used my campaign funds to buy it. This was wrong.

According to a 52-page consent order with the Missouri Ethics Commission (viewable below), Triplett acknowledged converting between $8,000 and $18,900 in funds for personal use out of the Friends of Kacie Starr Triplett campaign.

The consent order further alleges that Triplett failed to timely and accurately report political contributions and accepted anonymous cash donations in violation of state law. In an agreement with the Missouri Ethics Commission, Triplett is to pay a penalty of $100,000 but that amount would be dropped to $10,000 if she pays it within 45 days and reports all missing campaign reports within the next six months.

A call to Triplett was not immediately returned Thursday afternoon.

Continue on to read Triplett's apology letter in its entirety as well as the consent order agreement that Triplett signed with the Ethics Commission.