Kairos' Plans for a High School in Marine Villa Collapse

The charter school's deal to buy land from the Teamsters in south St. Louis has fallen through 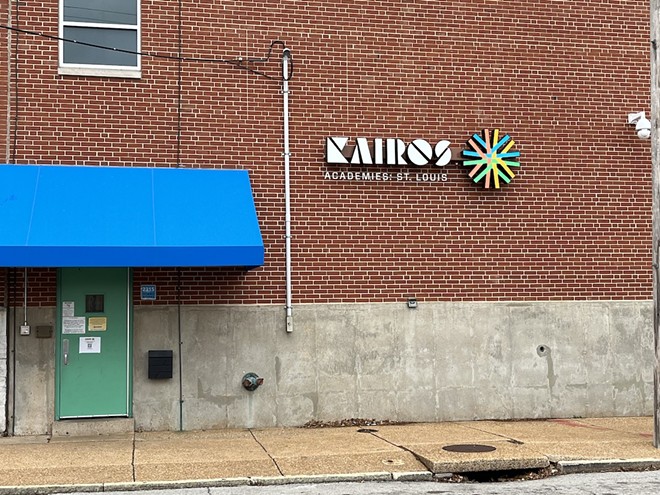 RYAN KRULL
Kairos Academies operates a school for fifth through ninth graders in south city, but needs room to expand.

A charter school's plans to build a new high school on a plot of land in south city's Marine Villa neighborhood have hit a major snag.

Kairos Academies, which currently operates a charter school for fifth through ninth graders at Wisconsin Avenue and Potomac Street, had previously announced plans to build a high school about three blocks south of there, just on the other side of South Broadway.

The deal would have required Kairos to purchase land from the Teamsters Local 6, whose Gambrinus Hall is also on Wisconsin.

A source familiar with the negotiations between the Teamsters and Kairos say that deal has fallen apart.

The current Kairos school has an enrollment of around 420 students, and the proposed high school was intended to have a student body twice as large.

The Post-Dispatch reported on a meeting that took place in December between Kairos leaders and Marine Villa community members during which residents voiced concerns over traffic congestion and safety issues during student pick up and drop off times.

The source familiar with the deal said these community concerns were one of the factors that led to the deal falling through.

"I have a long standing, good working relationship with the Teamsters and they have always been excellent partners with the community," she said. "They decided that moving forward with the deal is not in the best interest of all involved."

Kairos Academies had previously spoken about having the new high school up and running by fall 2024.

“Kairos has an obligation to provide the best educational experience possible for our students and families. Meeting that obligation includes creating a purpose-built facility for our existing high school," Kairos Academies Stuart Murray told the RFT in an email. "Just as we teach students to achieve goals and navigate challenges, we will adapt. We will deliver on our promise to our families.”