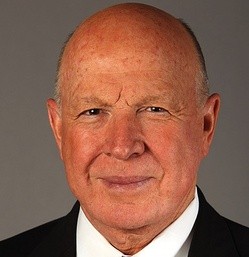 Nobody -- not a judge, not TV news, nobody -- is going to keep Larry Conners off of television.

The former KMOV-TV (Channel 4) anchor is contractually barred from working in broadcast-television news for six more months, so Conners is jumping into a new role: spokesman for John Beal Roofing.

In a town that prides itself on crazy commercials, John Beal Roofing is a standout.

Beal himself makes dramatic use of a green screen, sticking his head through the video to tell viewers the number to call. For the company's 2010 Superbowl commercial, Beal and his team beat up criminals dressed as raindrops:

(Extra points if you spot the Riverfront Times in that commercial.)

So Conners joining John Beal Roofing is more than a business deal; it's the confluence of two bald-headed St. Louis institutions. 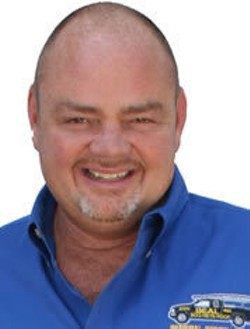 Conners was fired in May after posting on Facebook that the IRS was auditing him after he interviewed President Barack Obama. His contract says he can't work in TV news for a year, although he's challenging that in court -- so far unsuccessfully.

The company announced Conners as their new spokesman during the Thanksgiving Day Parade, but Conners accused KMOV of refusing to show his face while interviewing him in his first on-air appearance as a spokesman, not a journalist.

"The camera cut away from me, but at least the audience could hear my voice, so I could wish all my fans Happy Thanksgiving and Happy Hanukkah and speak briefly about John Beal," he posted on Facebook.

Conners will appear in commercials, radio spots, billboards and more, according to the roofing company.

"We are thrilled to welcome Larry to our team," says John Beal, president of John Beal Roofing. "Larry is a hometown favorite. He has been a customer for many years, and this is a natural progression in our business relationship."