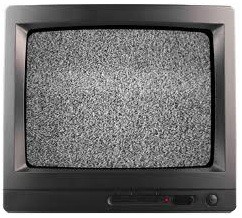 According to the Madison County Sheriff's Department, four inmates were sitting in the cell-block break room playing cards and watching television on December 19 when another sought to change the channel. Following a verbal altercation over what station to watch, a fight broke out that sent one inmate to the hospital with lacerations to the face. That inmate has since returned to jail.

Tom Dixon, spokesman for the sheriff's department, says it's unclear whether the victim was the inmate who wanted to change the channel or someone else. Dixon didn't know what the inmates playing cards were watching at the time. (Could it have been an episode of Beyond Scared Sraight?)

The four charged with "mob action" in the attack were Levell Douglas, 24; Justin Vaughn, 21; Dennis Green, 27; and Briran Blake, 21. Bail for all four was increased by $25,000 following Monday's fight.