Kage Black's photo has been shared more than 1,000 times on Facebook

Send a News Tip
Kevin Black, 39, who goes by Kage Black, did not think much of it when his husband, Chris Andoe, snapped a photo of him naked on his bike at World Naked Bike Ride on Saturday and shared it on Facebook.

"I thought it would get a few likes and three shares," he says. Instead, the image, which shows Black wearing only a backpack and socks as he bikes towards the Arch, has gotten more than 600 reactions and 1,200 shares.

"It's kind of intimidating," Black says with a laugh. But the World Naked Bike Ride newbie is also excited about the image's popularity. "Its kind of nice to have this body positive image out."

For Black, the whole World Naked Bike Ride was a very body-positive experience.

The image and ride almost didn't come to be. Black first learned about World Naked Bike Ride four years ago when he was stuck on Arsenal for 15 minutes while naked cyclists rode past him.

“I thought it was interesting, but I didn’t know what was going on and forgot about it,” he says.

He eventually found out about World Naked Bike Ride, but always had a conflict when it would come around. This year was no different: He was supposed to attend a cocktail party in Elsah, Illinois, on Saturday, but it was canceled.

As soon as he found out, he grabbed two bikes from his garage and set about finding a bike shop that could get them into riding condition at the last minute. After two stops, it was clear that plan wouldn’t work, so he texted his brother Joel, a bicycle enthusiast. 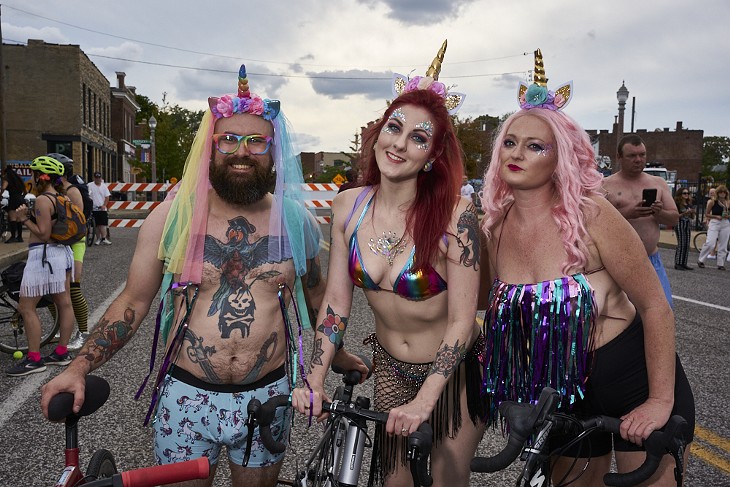 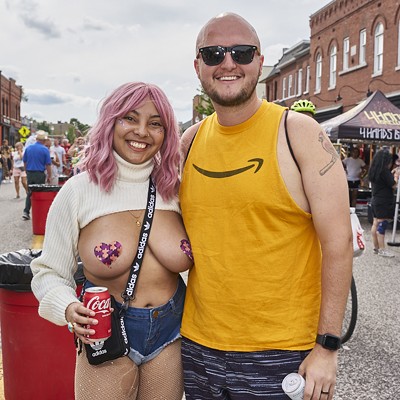 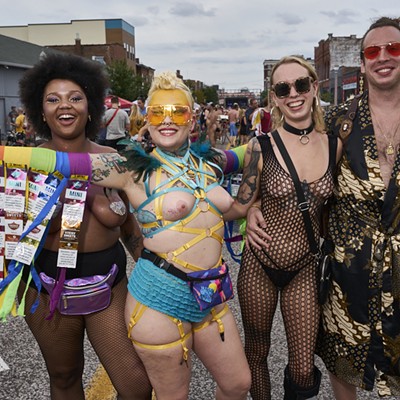 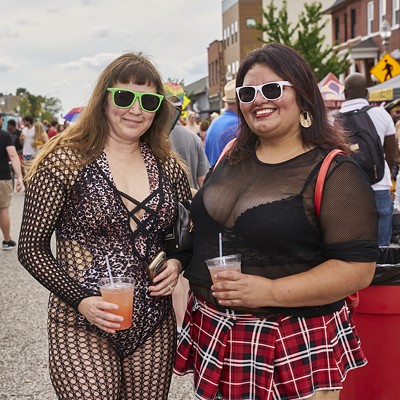 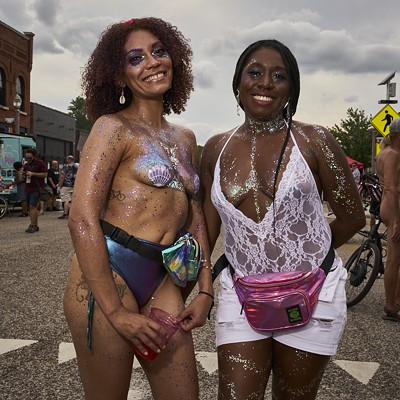 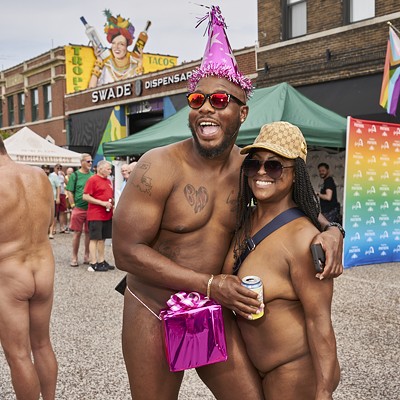 "Are you going to be naked on them?" his brother, a suburban father of eight, replied. Black told him he would be.

“It was only about three minutes until he replied that I could, but felt like half an hour,” Black says with a laugh.

He hurried to meet his brother in Kirkwood and headed to the Grove, where he and Andoe started the 12-mile bike ride. As they approached the Arch, Andoe snapped the now-famous photo.

"I thought the shot was so iconic," Andoe says. "I spent eight years in San Francisco, where they have numerous public events where nudity is allowed, and I still have many friends there. I knew the juxtaposition of Kage's bare body and the Arch would shake up my friends' impression of St. Louis. It seems it has shaken up many people's impression."

Many friends have reached out or commented that they wouldn't have the guts or comfort level to get naked in public. For Black it wasn't a problem.

"I think I'm kind of a nudist at heart or wannabe nudist, I guess. Because I never really have any problems being nude or anything like that. And sometimes it's more comfortable," he says.

"Kage is one of the most body-positive people I know," Andoe adds. "The freedom and camaraderie of this experience was life-changing for him."

Despite his bum's viral status, Black hasn't gotten too many people sliding into his DMs.

"I have gotten a lot of friend requests though," he says with a laugh.