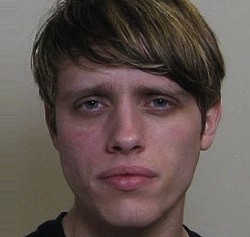 Christopher Horton, a twenty-year-old former karate instructor at the Three Tigers Martial Arts studio in Belleville, Illinois, is accused of sexually abusing multiple young boys over a period of nine months -- and repeatedly filming the abuse.

Now, one of the victims' families is suing Horton, his supervisor and the company, in a lawsuit alleging that the studio should be held responsible for the horrendous acts that happened on its property.

"There's no doubt whatsoever that these images were created in the karate studio," attorney Nicole Gorovsky tells Daily RFT. "He was basically able to get them isolated in a room for a significant amount of time...seemingly without worry that he was going to be caught."

At minimum, she says, the studio was negligent in allowing Horton to have this kind of alone time with the children.

"At a maximum, it's some sort of bury your head in the sand, intentional failure to supervise," she says. 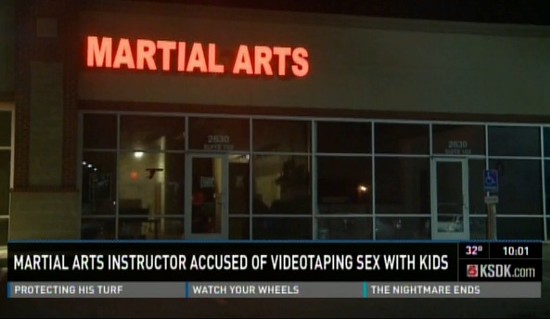 The complaint, on view below, names Three Tigers Martial Arts LLC, Horton and Kevin Gaugler, a supervisor who reportedly still works at the studio.

Daily RFT left a message yesterday with the studio. We'll update if we hear back.

Stephen Wigginton, the federal prosecutor, alleges that from May 2012 to February 2013, Horton video recorded himself engaging in sexual acts with three minors and attempted to engage a fourth child for the purposes of filming the abuse.

Horton, a Highland, Illinois, resident, has been charged in a two-count federal criminal complaint.

A "confidential citizen informant," the complaint says, saw the images on his cellphone and reported to law enforcement. Horton then allegedly confessed to the acts.

The victim may suffer "trouble sleeping, substance abuse, panic attacks, and anxiety," the suit says, noting that he had to undergo tests for sexually transmitted diseases; he also "suffers further anxiety because he must live the rest of his life wondering if any of the images of his exploitation were posted on the internet or in the public realm." He could suffer "severe and debilitating mental emotional injury...depression; anger issues; anxiety; posttraumatic stress disorder; trust and other relationship issues," and more, the suit adds.

The victim's family is seeking damages and a jury trial in St. Clair County Circuit Court.

His supervisors and the studio are also negligent for failing to protect the youth, the suit alleges.

"A company like this that deals with kids all the time has to hire outside help...to train them on how to prevent child sex abuse," Gorovsky says. "A company like this is not just going to automatically understand how to do it themselves.... They need to know that it happened and they need to protect against it."

Here's video of KMOV (Channel 4)'s interview with an official from the studio earlier this year.

And here's a copy of the complaint.