Black James will Make you Dance and Haunt Your Dreams 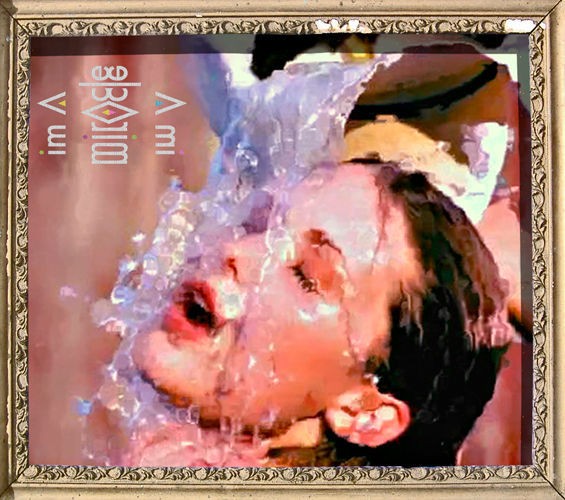 That Jennifer McDaniel dropped the im A mirAcle cassette/digital release on Halloween is no accident. Her Black James project trafficks in otherworldliness and disorientation that is, at times, spooky, unhinged and detached. Even the opening moments of the tape recall those Halloween sound-effects records used to frighten trick-or-treaters: rustling wind, rattling bones and howling cats give way to menacing, over-modulated vocals and distorted, minimalist beats. It doesn't get any straighter as the album progresses -- the tape's two 35-minute sides touch on Gothic country, dub, electronic music, hip-hop and sound-collage often in the same song. (The digital version is tracked like a tape as two long tracks, so song breakpoints become subjective regardless of the medium.) While there are certainly discrete songs on the program, this is meant to be heard as a piece.

Buy it on cassette tape and/or digitally on Bandcamp.

At her most straightforward, McDaniel sings with a high, quavering voice with a guilelessness and naiveté that doesn't jibe with the knotty, swampy sounds around it. This is a useful tension. Her voice is so often cloaked in echoes and reverberations that the songs hit the ear like a distant transmission -- if lyrical impressionism is the intent, this method of delivery almost ensures it. Songs like "Mourning Dove" (end of Side A) and "Old Wives Tale" (start of Side B) suggest one path Black James could have stayed on -- that of the mystical murder balladeer, an old, weird Americana in the mold of Josephine Foster or Jolie Holland. But neither of those singers would have made hip-hop beats and mutilated samples so integral to their sound, as McDaniel does here. And those deviations are but a taste of what comes on "Troll," an eight-bit assault of trip-hop rhythms and Eastern modes beneath chopped, screwed and damn near operatic vox. And did we mention the song that sounds like Madonna's "Erotica," as sung by Lady Macbeth? It's called "Bathed in Thy Blood," and it will haunt your dreams.

At the end of this 70-minute mixtape, though, you might find yourself haunted in more than one way. It's not that everything on mirAcle invites repeat listens -- some parts are captivating, others alienating. The revelation here is that of an artist who, having trickled out releases that were slapped with a freak-folk tag, has outsmarted any possible genre hybrid you could tack on her.