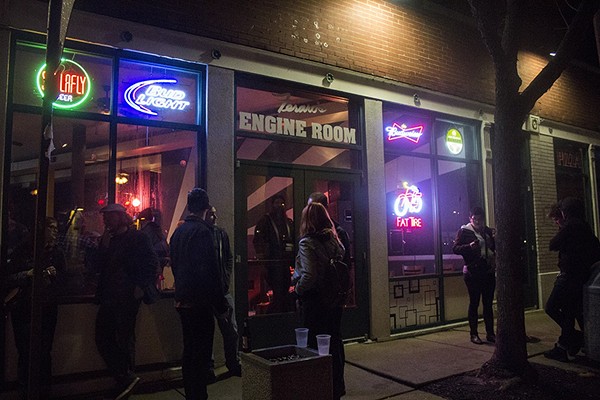 After four years, Feraro's Jersey Style Pizza has closed its location in the Patch neighborhood of south city.

Jon Feraro, who started the Jersey Shore-themed pizza company with his mother Nancy in 2005, wrote on his public Facebook page that Feraro's was closing its location at 7700 Ivory Street.

"The County operation is thriving so we will stay focused on growing that," Feraro wrote of the restaurant's other location at 11726 Baptist Church Road. "Thank you for your years of patronage in Saint Louis City! It's been our honor to serve you, and it's been fun!"

Feraro did not return two calls at the south county location. No one answered the phone at the Ivory Street location, nor was there an opportunity to leave a message.

The original Feraro's was located in Soulard. It closed in 2013 after an eight-year run. That same year, Feraro's opened its location in Patch, which also included a live music venue known as the Engine Room at Feraro's.

Feraro's has been the RFT's pick for "Best Pizza by the Slice" and "Best Pizza (Thick Crust)."