I Want My Old Weight Watchers Back 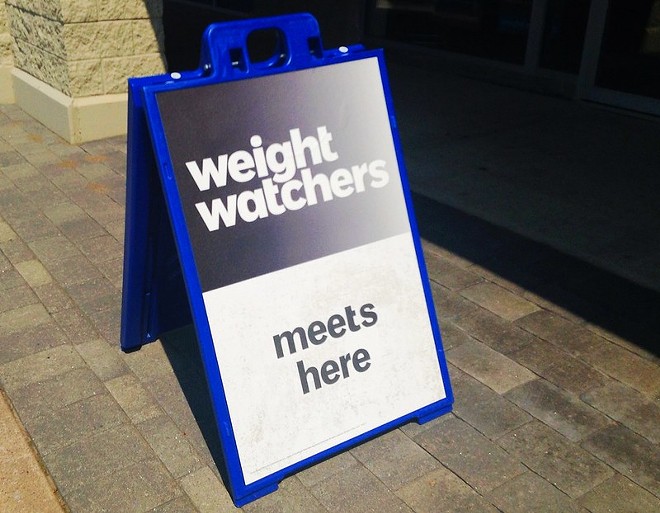 The plan was simple. You received 23 points each day that you could spend any way you wanted. No foods were off limits. All you had to do was write everything down in a journal and stay within your allotted points. You received a slide rule to calculate each food’s value. The “cost” of food went up with calories and fat and down with fiber. Oh, and you had to weigh in once a week … at a meeting …with strangers.

The year was 2001. I was just out of college and determined to lose the freshman 15 that hounded me through my senior year and beyond. A friend at work told me her secret: Weight Watchers.

That is how I found myself in a church in Austin, Texas, surrounded by women of all ages, listening rapt as our leader espoused the benefits of the program. I don’t remember her name — was it Susan or Jennifer or Sarah? — but I remember that she was charming and breezy and made the whole thing seem like a lot of fun. A few months later, I had lost all but one of the pounds I wanted to lose and moved into the “maintenance phase” that would culminate in lifetime member status.

I remained with Weight Watchers for over 20 years, though our relationship was far more tumultuous than those early years let on. My weight loss partner insisted on reinventing itself every year or two, sometimes more often.

The first plan required you to bank points for special occasions like a birthday celebration or a dinner out. Later iterations gave you the extra points outright. Points values changed; you got more each day, but each item was more expensive. Soon, the plan split into three — “pick a color” they said: green, blue, or purple. Fruit cost points, then it didn’t.

I weathered the changes because the program was my trusty sidekick. When I gained a little weight, I went back to Weight Watchers and lost it again. I stayed loyal as I moved from Texas, to Oregon, to California, to New Jersey and finally settled in Missouri.

It wasn’t until the pandemic left me home-bound and stress eating that my relationship with Weight Watchers began to fray. I couldn’t attend meetings and struggled to do it on my own. It didn’t help that my partner and I were stuck in a tiny Boston apartment doom scrolling and counting the days until we could drive home to St. Louis.

When the vaccines arrived and the world started to feel safer again, I ventured to a local meeting only to find that things had changed yet again. Two decades after I first set foot in that church, technology had gotten so advanced that the program (now called WW) could use an algorithm to create a tailored program just for you. A short quiz revealed what delicious foods you could have for zero points. For me, a vegetarian, those included tofu, beans and eggs.

I was torn between thinking “JACKPOT!” and questioning why I couldn’t seem to lose weight on the newest version. “Trust the science,” my leader told me. “Keep at it and you’ll succeed.”

I did keep at it, and things did not change. The people who designed WW seemed dangerously unaware of how much I love tofu, beans and eggs. Frustrated, my participation dwindled until it dropped off altogether.

Now the New Year is upon us and those pesky resolutions are rearing their heads. Like many people, copious cookie eating has left me wondering how I might fit into my jeans again.

At times like these, I can’t help but miss those early days of Weight Watchers, when the math was simple and the plan clear. WW is a company like any other. I know that reinventing the program is a way to keep things fresh and attract new participants and I do believe that the goal is to follow the science. I also know it didn’t work for me.

The other day I came across my old Weight Watchers materials — the welcome packet with the list of food points, and yes, my trusty slide rule. I know I’m not the only one who misses the old program. I’ve heard the wistful longing in other members’ voices when they talk about the early days.

My plea to WW is this — let’s rekindle our romance. But it’s enough already with the makeovers; I love you for who you are. Ditch the algorithm and bring back the slide rule!

Liz Chiarello is an associate professor in the department of sociology and anthropology at Saint Louis University and a former fellow at the Radcliffe Institute at Harvard University. Her research examines technology, law and the overdose crisis and her book Policing Patients is under contract with Princeton University Press.

The RFT welcomes well-reasoned essays on subjects of local interest. Contact Rosalind Early at [email protected] if you have something to say.
Coming soon: Riverfront Times Daily newsletter. We’ll send you a handful of interesting St. Louis stories every morning. Subscribe now to not miss a thing.