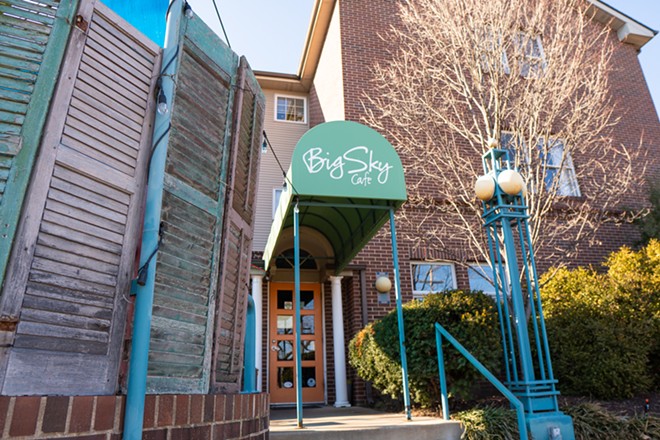 Dominic Weiss remembers the moment he realized Big Sky Café (47 South Old Orchard Avenue, Webster Groves; 314-962-5757) was more than just another restaurant. It was not quite a week into his tenure at the Webster Groves eatery, Weiss was twenty years old and though he'd waited tables at other places around town, he was admittedly green and had yet to experience a truly professional dining room. When he witnessed the respect Big Sky's servers had for their guests and one another, he knew he'd stumbled upon something special.


"We would always have our pre-shift meetings, but independently, the server assistants would huddle with the servers they were working on that particular night," Weiss recalls. "They would tell us, 'This is how we are going to do this,' or 'I'd like you to do this for the guests tonight.' Everybody had a specific focus, and they just took it that seriously. It wasn't, 'Do this or else,' but 'Here is how we are going to really look good and give the guest a wonderful experience.' Everyone who worked there helped each other, too, so it was a different kind of environment than what I had seen before — not that I hadn't seen camaraderie, but at other places it was just about doing a job. Here there was such focus and enthusiasm and joy doing it."

Now, nearly 30 years after that initial impression, Weiss finds himself at the helm of Big Sky as its new owner, taking over the wheel from the restaurant's founder, Tim Mallett, earlier this year. The new role has Weiss reflecting on the restaurant's legacy and why it's come to hold such a special place in the hearts of St. Louis diners for three decades. Though he knows how much the food, atmosphere and service have to do with its consistent popularity, Weiss believes the key to the restaurant's success is Mallett and his vision for a different kind of restaurant than what was available in the St. Louis dining scene in the early 1990s. 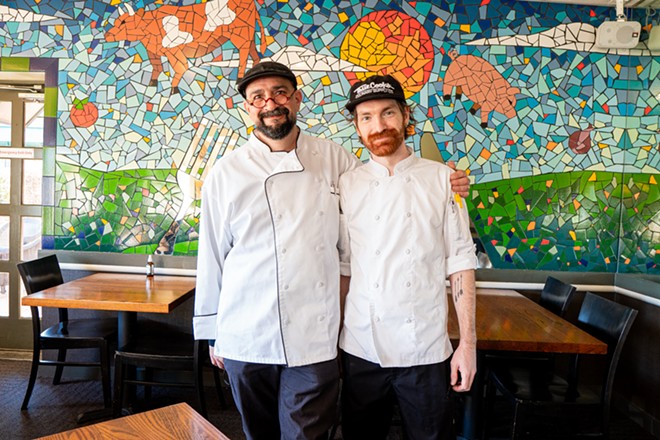 That vision started before Big Sky at Mallett's small seafood restaurant on Hampton Avenue called Bluewater Grill. Prior to opening the contemporary eatery, Mallett had established himself in the industry as a master of the front of house, working at popular spots around town before going out on his own with Bluewater Grill in the late 1980s. There, he made a name for himself by providing quality fish in a modern setting that diners could comfortably come to buttoned up or dressed down. When Mallett came across the opportunity to open a place in Webster Groves, he jumped on it, and set out to do for American comfort food what he had done for seafood. He secured the building, chose a name inspired by his daughter, Montana, and welcomed his first guests in April of 1992.


Weiss, who started in early May of Big Sky's opening year, recalls the restaurant being an instant success because it offered a previously unavailable sweet spot between the high-end Italian restaurants of the Hill and casual family eateries. He believes there was a hunger for a place that provided the same quality expected of fine-dining but did so with an air of whimsy. Based on the festive atmosphere that pulsed with lively energy, the restaurant had clearly tapped into something.

"I remember the restaurant being so full that we would still be seating people at midnight," Weiss says. "People were just happy and excited to be there, and I don't remember anyone being upset that they had to wait. I remember we had this relatively large table in one area of the restaurant that could comfortably seat six people, and you'd have ten or twelve people around it having a ball. That was the vibe." 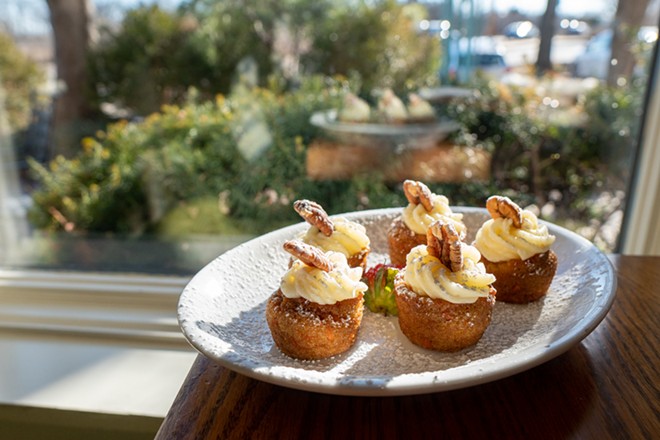 Of those twelve people, chances are eleven of them were having the dish that put Big Sky on the map: roasted garlic mashed potatoes. Though today's diners take for granted how common it is to infuse whipped spuds with the piquant allium, in the early '90s, doing so seemed revolutionary. The dish became so popular, it was virtually synonymous with the restaurant.


"Everybody knew what mashed potatoes were, and garlic wasn't some obscure ingredient that people hadn't seen before, but seeing them together just didn't happen a lot," Weiss says. "It was definitely a thing. We were making beef stock daily just to keep up with the sauce we put with the roasted garlic mashed — making fifteen gallons a day to reduce to five gallons of sauce just so we could put a couple of ounces on each order. By the time I had gotten into the kitchen, making potatoes was a big thing, and you had to be watched and well trusted before you were left alone to make them. On a quiet day, we used to make 90 pounds of potatoes; you could double that on a weekend." 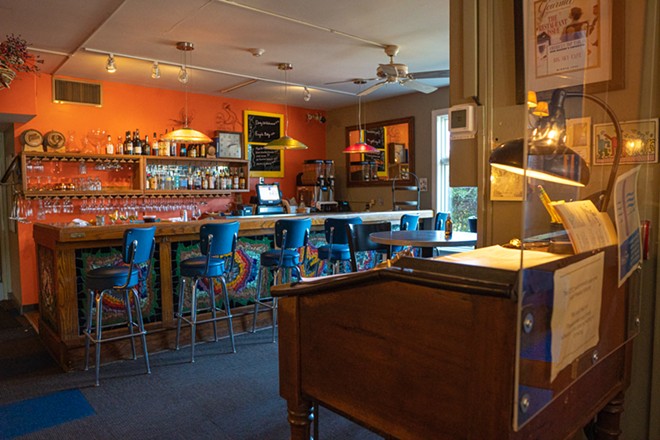 Much has changed since those days of endless roasted garlic mashers. The menu has evolved, local sourcing has become increasingly important and guests' dietary preferences have changed. However, Weiss believes that the restaurant has stayed true to its essential character — a restaurant grounded in what Mallett liked to call "revitalized American favorites" — with an ever-changing dining scene. Those changes have been even more pronounced over the past two years as Big Sky, like all restaurants, has faced the challenges of adapting to the ongoing pandemic. He admits it has been difficult; the whole experience of dining at Big Sky is relational, and it's difficult to pack up such an intangible thing in a to-go box. He credits his customers for both their support and their feedback, and he is earnest when he describes how seriously he and his team take their guests' opinions and ideas. Weiss knows that mutual respect and genuine care is what keeps them going — and makes them more than just a place to eat in the eyes of their regulars.


"When we were doing takeout only, we had guests sending money for our service staff, telling us that they knew they weren't making tips and they wanted to help," Weiss says. "They'd send in notes with money that said, 'Make sure they get this.' I know it happened at a lot of places, but I have to be honest, I was overwhelmed. I remember opening a check from one customer and I had to catch my breath. I know that comes from building those relationships over time." 