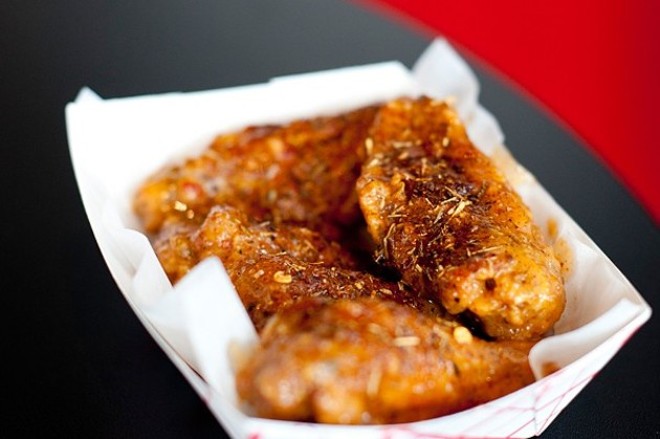 Bobby Tessler knew people would be upset when he let the world know last Monday the he was closing his beloved Rock Hill restaurant, St. Louis Wing Company (9816 Manchester Road, Rock Hill; 314-962-9464). However, he wasn't fully prepared for the outpouring.

"It sent a shock wave through the city," Tessler says.

For ten years, Tessler's wing spot has been a staple of the Rock Hill dining scene, drawing in guests for its outstanding chicken flats and drummies dressed in a wide variety of creative flavors. He's built a loyal following — some regular customers insisting, quite seriously, that they've thought about getting his logo tattooed on their bodies — and has enjoyed robust business, even in the midst of the pandemic. However, as he explains, the catastrophic staffing challenges that are currently wreaking havoc on the hospitality industry were simply too much for him to bear.

"I've been in the restaurant business for over 25 years, and this is the worst I've ever seen in terms of staffing," Tessler says. "It's happening across industries, but it's really affecting restaurants. You drive down any street, and all you see are 'Now Hiring' signs. That's what drove me insane enough to say that I can't do this anymore. I was having daily anxiety waking up every day and wondering what's going to go wrong, who was going to call in, and who wasn't going to show up. I had to choose my health over my brand."

However, Tessler is hoping that his decision to step away from St. Louis Wing Company is not the end for the popular restaurant. In a social media post the Friday after his closing announcement, Tessler announced that he is looking for a buyer to keep the brand alive. With the help of a broker, he's looking to sell the St. Louis Wing Company brand, a deal that includes all furnishings and equipment, proprietary recipes, policies, procedures and checklists and the company van. In an interview with the Riverfront Times, Tessler disclosed that he is asking $250,000 for the sale — a number he understands may seem like a lot to invest, but that he feels is actually quite reasonable considering how well the restaurant is doing and its potential to expand.

"If somebody came in fresh with enthusiasm, and they could find a good staff, it's worth well more than that," Tessler says. "If it gets into the hands of the right people, you could put it all over St. Louis."

Tessler insists he is not looking to sell to just anyone, though. The sale includes a contingency that provides for him to stay on as a consultant to help train the new owners. He is particular about who he wants to take over what he considers his legacy and, though he is eager to sell, he is looking for buyers who share his enthusiasm for the brand.

In the meantime, Tessler is grateful for all of the support he has received over the years and is trying to take things day by day.

"I sound chipper and cheerful, but it's pretty depressing knowing that I conceptualized something on my couch eleven years ago, made it happen and now this," Tessler says. "My emotions are all over the place, so it would be great if someone could come in, step up and sell some chicken wings. I'd love to show them how to do it."