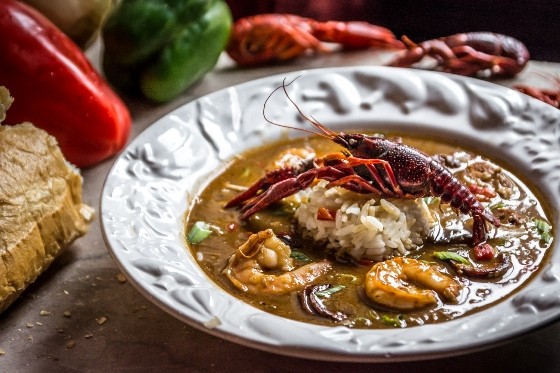 Sometimes we all just need a little soul with our meal. Whether it's some Cajun-spiced seafood, perfectly crisped fried chicken, buttery biscuits or any number of barbecue recipes, Southern cuisine is unlike any other and sometimes all that will satisfy -- perhaps best paired with a single barrel bourbon. Because we border the South proper, it's not surprising that St. Louis offers a wealth of choices.

Molly's features Southern French Creole and Cajun dishes in historic Soulard. The restaurant's signature dish, a chicken and Andouille sausage gumbo, is also the most complex to prepare according to executive chef Bryan Johnson. "This makes it one of the most rewarding dishes for me and is why it's one of my favorites to serve," he says. The gumbo is made from scratch with a roux of flour and oil, free-range chicken and housemade Andouille sausage and "hours and love in every batch." 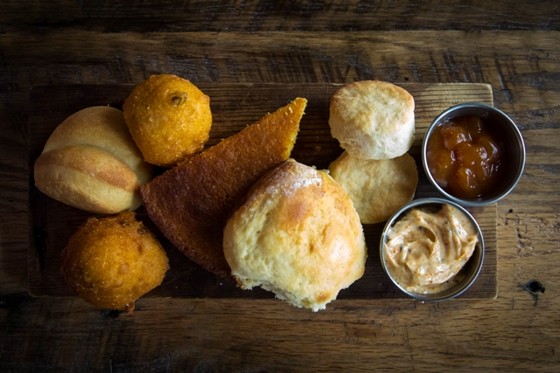 Juniper brings time-honored recipes from America's low country, Appalachia, the Ozarks and the Mississippi River Delta to St. Louis. Perhaps the best way to describe the menu is to start at the top with the coveted bread basket. It was a customer favorite from owner John Perkins' pop-up restaurant, A Good Man is Hard to Find. Five varieties of this Southern dinner table staple are served with seasonal, housemade jam and butter. Juniper's winter breadbasket features Scottish baps, angel biscuits, cornbread, a slice of Sally Lunn loaf and a gullah biscuit. 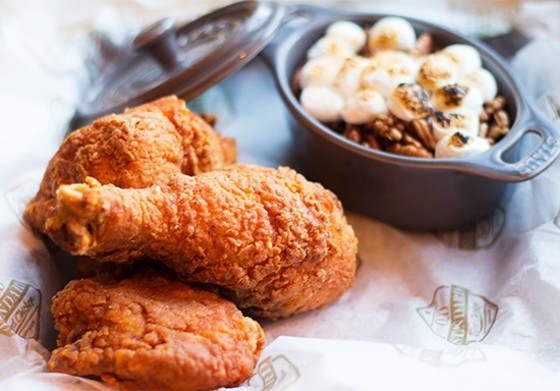 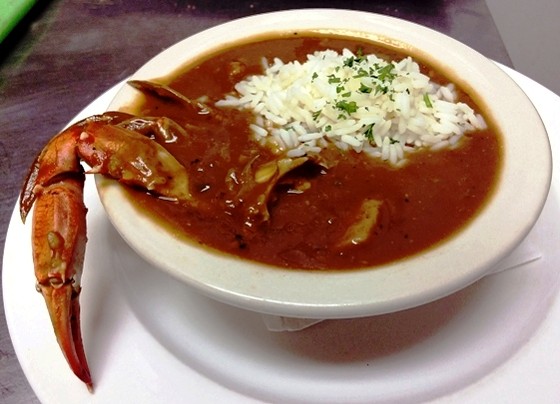 After moving to the Midwest ten years ago, Sam Kogos found St. Louis to be a kindred spirit with his hometown of New Orleans and was inspired to open Riverbend Restaurant and Bar in homage to the two historic French river cities. Most of the recipes were passed down through Kogos' family or were created by his cousin and executive chef, Steve Daney, including his favorite dish, seafood gumbo. The Riverbend gumbo is made with a dark roux, okra, shrimp, oysters and catfish and served with a jumbo crab claw. 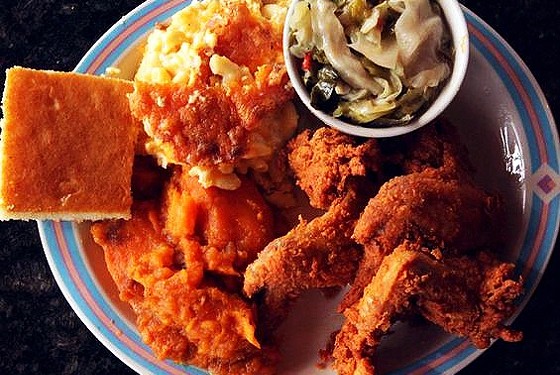 Fame, history and soul are all on the menu at Sweetie Pie's. Owner Robbie Montgomery once sang as a backup singer with Ike & Tina Turner, and has also sung with Stevie Wonder, Barbara Streisand, Joe Cocker and the Rolling Stones. She also often cooked for her fellow bandmates on the road and, after moving to St. Louis, she opened comfort-food haven Sweetie Pie's -- a favorite of Oprah Winfrey's and now the subject of a "docuseries" on Oprah's OWN network. Each day of the week brings different specials, from short ribs on Tuesday to liver and neck bones on Wednesday, oxtails on Thursday and catfish on Friday -- you get the picture -- with mainstay menu items available every day. 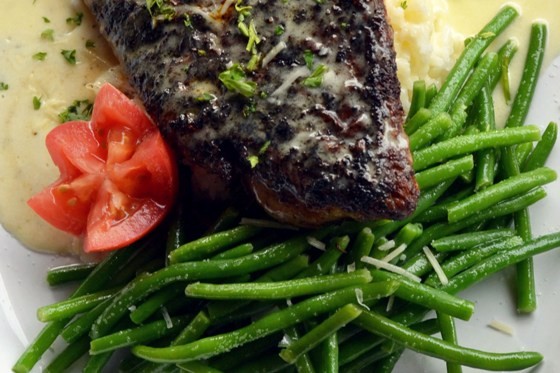 Evangeline's owner Don Bailey considers New Orleans his second home and has brought its fresh seafood, rich sauces, and lively atmosphere to one of St. Louis' culinary hot spots, the Central West End. Add his great love for the St. Louis music scene and classic cocktails, and you have stepped into Evangeline's Bistro and Music House. A new item on the menu, the blackened red snapper, provides a prime example of the restaurant's Cajun and French Creole cuisine. This Gulf mainstay is coated in savory blackening spices, sautéed in rendered duck fat and then served with green beans, jasmine rice and finished with Meuniere sauce. 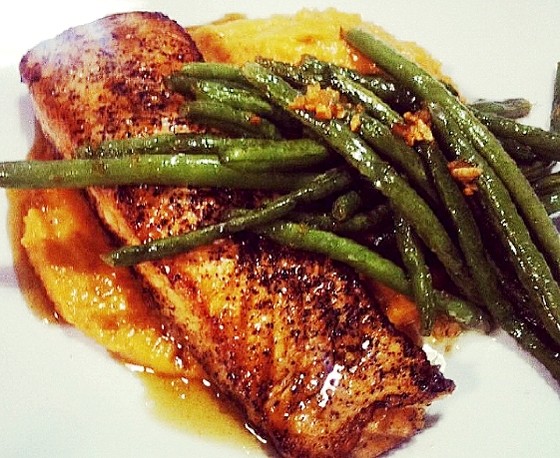 SoHo (short for "Southern hospitality") serves up standard Southern cuisine alongside contemporary dishes with a Southern twist. A traditional grilled-cheese sandwich is upgraded to include three types of cheese, caramelized onions and Granny Smith apples. A glazed salmon filet is offered pan-seared, drizzled with a brown sugar and an apple glaze and served with mashed sweet potatoes and sautéed green beans. French toast at Sunday Brunch is made with beignet, and the pancakes are made with red velvet cake batter. Plus, a sweet potato cheesecake takes the place of traditional sweet potato pie. For the purists, however, the menu also includes Southern staples like fried catfish, country fried steak, Southern fried pork chops, fried green tomatoes and fried okra. 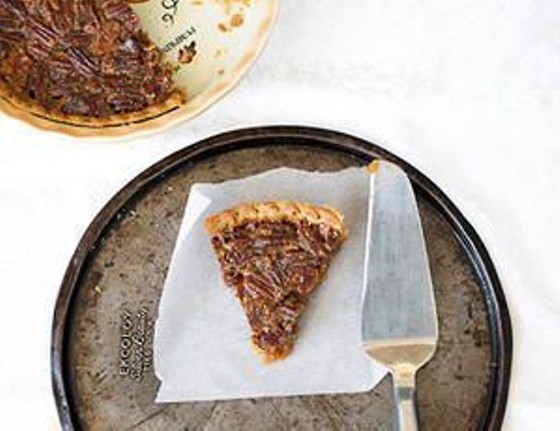 Mama Josephine's is named in tribute to Josephine Spallino, the one-time matriarch of the family that now owns the restaurant. Her passion for cooking at home and at her own restaurant inspired her children; all of the recipes are hers and are served with a large dose of Southern hospitality and just a bit of Louisiana flair. Chicken and dumplings and the catfish are long-time customer favorites, but everyone always seems to find room for dessert -- either Cara's lemon tart, banana pudding, Southern pecan pie, peach cobbler or sweet potato pie. 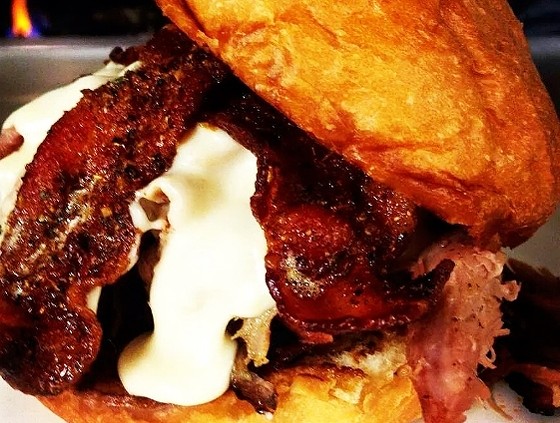 The pulled pork sandwich with bacon and cheese sauce at the Shaved Duck. | Ally Nisbet