Now you can get your melty, tangy processed cheese product outside of St. Louis 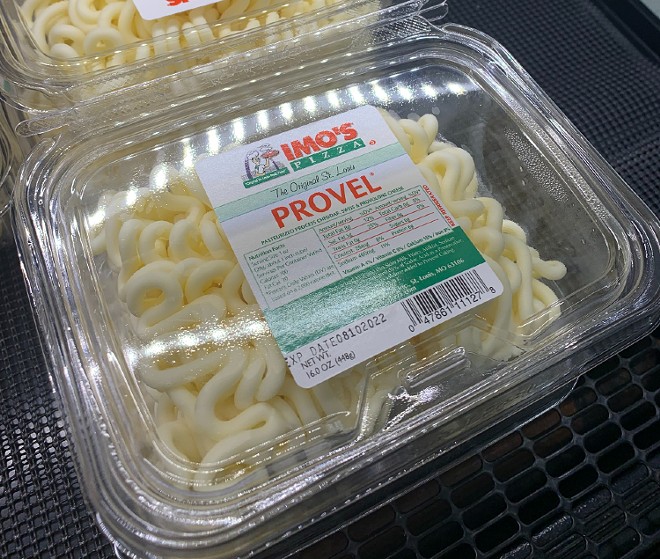 JENNA JONES
Now you don't have to rely on the store bought stuff to get Provel cheese.

A user in the St. Louis subreddit has cracked the code for how to make Provel cheese at home.

Provel, of course, is the polarizing melty cheese topping for St. Louis-style pizza. Bon Appetit described the processed cheese product as “something between béchamel and a thick, savory crème anglaise,” calling the texture “creamy, buttery, [with a] subtly rich flavor.” Clearly writer Asonta Benetti was a fan, and she’s not even a St. Louis native (but discovered the cheese because she is married to one).

The issue? Although Kraft Heinz manufactures the cheese, locally based Imo’s is Provel’s exclusive distributor. And while you can grab it at any Schnuck’s, it’s hard to get outside of the Midwest. Bon Appetit writes of a St. Louis native, George Frasher, who opened a restaurant in Phoenix and wanted to sell St. Louis-style pizza. Before he started buying Provel from Imo’s, his mom had to buy it at Roma Grocery on the Hill and ship it to him.

And while the recipe for Provel — which requires several types of cheeses, a bit of equipment and some special ingredients — doesn’t exactly make the cheesestuff easily accessible, it does make it possible at home or outside of Imo’s distribution area for all those homesick St. Louisans.

A Redditor fittingly named House of Provel pulled together two recipes, a traditional and a personal “House of Provel” style. The basic idea for creating Provel is to combine several good-melting cheeses and a touch of smoke (more on that in a minute). But the cheeses, while traditionally Swiss, cheddar and provolone, can be switched up.

“I don’t see anyone saying Cecil Whittaker’s isn’t really STL style pizza because they use Colby and Mozzarella in their ‘Provel,’” House of Provel wrote on Reddit. “So don’t feel like you’re stuck using Swiss, Cheddar, and Provolone. Make your Provel with the cheeses that you like best and omit anything you don’t like.” Just note that if you want it to come out that signature white color, you need to use white cheeses.

About the smokiness of the Provel, House of Provel says, “If you are using liquid smoke here… try to use something that is just smoke flavoring and not a lot of additives.” But the real hack is to use an already smoked cheese and leave out the liquid stuff all together. “I love using Red Apple brand smoked cheese because the apple wood smoke gives my Provel a scent that reminds me of a really good bacon cheese burger.”

Redditors were impressed with not just the recipes, but also the thoroughness of the instructions.

“Thank you for doing the Lord’s work here,” LuzBenedict wrote. “I’m sending this to all my provel loving friends who unfortunately live in a provel free zone.”

“I lived in Houston for about a decade and was surprised how much I missed provel. I actually tried making it a few times but never got it quite right,” another commenter said.

One excited commenter wrote, “This post needs to be submitted to the MO History Museum.” The same person came back later to add, “I literally sent [original poster’s] post to a good friend at the MHM. He’s going to talk to the archives about how to record it.” Because what could be more museum-worthy than our region’s favorite processed cheese product?

Rosalind is the editor-in-chief of the Riverfront Times. She formerly worked for Washington University's alumni magazine and St. Louis Magazine. In 2018, she was selected as a Rising Leader of Color by the Theatre Communications Group. In 2014, she was selected as an Emerging Leader by FOCUS St. Louis. Her work...
Read More about Rosalind Early
Scroll to read more Food & Drink News articles (1)