After Leaving the Civil Wars, John Paul White Is in a Good Place 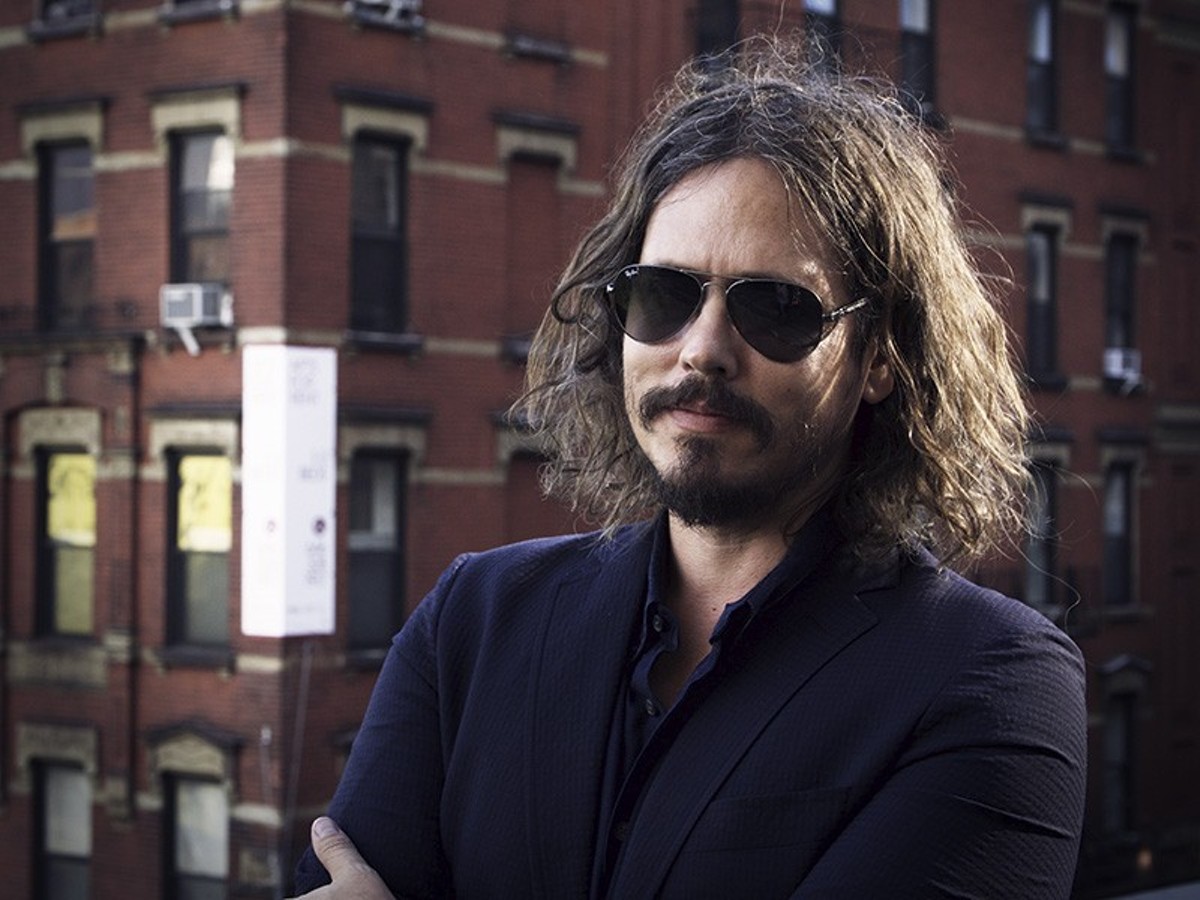 "It's a way of creating that I really hadn't experienced before," says John Paul White. "I was finally, completely 100 percent quiet." PHOTO BY LAGAN SEBERT

On interview days, John Paul White heads out of his house in a Florence, Alabama, historic district, and paces the sidewalks. Maybe he wants to keep business separate from the home life he cherishes; maybe he just wants to see the maples and oaks as they start to turn in the early fall.

"It's a little like Mayberry around here," he says of Florence. "It's pretty quiet and laidback."

His years with the Civil Wars, a duo he formed with singer and songwriter Joy Williams in 2008, were anything but. In three years, the band would become one of the biggest draws and strongest album sellers on the country-folk side of Americana. The duo won two Grammys in 2012, and two more by 2014. But White was burning out and aching to get back to his home and his family for good. In August 2014 he stunned both his musical partner and his audience by announcing the band was over.

Though he spent much of his youth in Tennessee, White was born and raised in the Florence-Muscle Shoals area of Alabama, one of the deepest wellsprings of American music. If country soul and country rock were born anywhere, it's here, in the Fame and Muscle Shoals Studios, where Aretha Franklin, Etta James, the Rolling Stones, Bob Dylan and countless others all recorded. Session musicians such as Spooner Oldham, David Hood and Jimmy Johnson forged a wholly new American sound, and when they weren't in the studios, they were laying it down in the bars and restaurants all over the Shoals.

"To me, as a kid, I thought it must be like this everywhere," recalls White. "When you had a gig, you knew you had to step up and be really good. There were just so many other musicians around. That drove me to be a better player, singer and songwriter."

White's first post-Civil Wars album is called Beulah. The name is a term of endearment within his family, a Biblical reference to the promised land, an echo of the poetry of William Blake, and a town in northwest Mississippi famously celebrated by bluesman Mississippi John Hurt. White recorded the album both at home and in the legendary Fame Studios, where he connected with Ben Tanner, keyboard player for the Alabama Shakes, and now co-producer and co-owner of his label Single Lock Records. Along with White's solo album, the label helped launch the career of St. Paul and the Broken Bones, and revived the career of swampy songwriter and session musician Donnie Fritts.

"I've learned not to over-analyze things," White says of his work as a producer. "Being on the other side of the console, you watch guys agonize over a vocal or a guitar part. You think, 'It's great, just let it be what it is.' When I started making my record, I did the same thing. Ben Tanner, who produced the record, would be the guy who told me, 'John, it's good. I know you can sing it again, but this is the way it should be.' I learned a lot from producing: Let it be human, let it have the mistakes."

With its febrile electric blues, plaintive ballads, surprisingly lush string touches and warm atmosphere, Beulah reflects that all-too-human quality. Its sound often stands in stark contrast to the brooding, even Southern gothic, lyrics. For a man who seems more content and peaceful than he perhaps ever thought he had a right to be, the songs have searing emotional force.

That wasn't really by design.

"The songs just starting popping up in a way they hadn't before," White explains. "I had written songs in the Nashville market for twelve, maybe fifteen years, nine to five, and I had turn it off and turn it on. Now it's truly inspiration. Things come from nowhere. It's a way of creating that I really hadn't experienced before. I was finally, completely, 100 percent quiet. I wasn't looking; I wasn't striving. Little things would pop into my head. I'd file them away, put them into my phone, jot them down. There was this huge roar. I had to sit down and put pen to paper. When I did, seven or eight songs came in three or four days. I'd never done that before. I let them be what they wanted to be."

White's new songs — with their intimations of revenge, sacrifice, doubt and deception — might seem to be the portrait of a man channeling and purging personal demons. But for White, the harrowing images and psychological studies are ways of exploring characters as a novelist might, and as his favorite songwriters always have.

"With songwriters," he says, "a lot of people think what you do is autobiographical. With some writers, that's true. They're opening a vein and putting it on the page. Here's what I'm going through — I hope you like it. I like those songwriters, but I'm even more of a fan of songwriters like John Prine, Kris Kristofferson and Jason Isbell. They step into characters. Songs are not a practical application of their lives."

Given that White dissolved the Civil Wars in part because of the demands of touring, his decision to return to the road was not made lightly. He knows he has a record to work, but as president of his own label he answers only to himself. Touring is now about seeing just how far his songs can go.

"The decision to tour was one where I strangely felt compelled to do it," he says. "It was the same way I felt compelled to write the songs. Touring is tough. It's tough on your body, it's tough on you psychologically, and on your family. You kiss a whole lot of frogs out there. I walked away from that, and I was sleeping in my own bed and holding my kids. But once I wrote the songs, I wondered how other people would connect to them. I couldn't make sense of that. I was so happy at home. I had no urge to get out and play until I wrote these songs. Then I just needed to get out and share them."

In July, the last time White performed in St. Louis, he brought his new songs to a small but receptive crowd at the Blueberry Hill Duck Room. He seemed genuinely surprised that anyone remembered him. When he returns this week, he'll once again be looking for connections, but he'll do so on a scale that's more intimate and more sustainable than what he had with the Civil Wars.

"We were fortunate," he says of his time in the band. "The timing was great, and we worked constantly. There was a year where we were home 40 days total, and some of those days were in Nashville. We were just burning it up. That's required if you want to achieve those kinds of highs. So, I've crossed a lot of stuff off my bucket list. I'm a happy, content man. I've made it a rule where I won't tour for more than two weeks at a time, and then I'm back home for the same amount of time. That mutes record sales and limits what you can do. But I want to do this the rest of my life. I don't want to burn out again. I want to be happy, to have control and do this on my own terms."