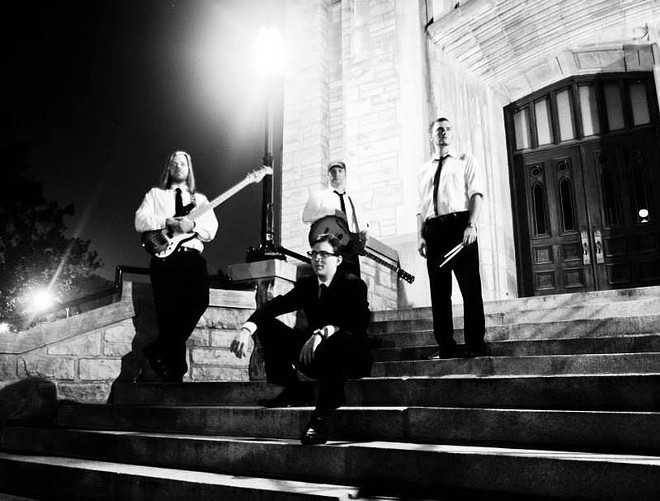 Photo by Angela Vincent
Charlie Brumley, center, with the core of the Educated Guess.

Very few artists still make records like Charlie Brumley does, and not just here in St. Louis. His records as writer, composer, singer and pianist of the Educated Guess often swell with more than 40 musicians — strings, brass, harmony vocalists — and harken to the big-budget recordings of grandiose 1960s pop songs. He rebooted the Educated Guess from what he calls "an Americana/Ennio Morricone hybrid" with last year's self-titled LP, and exactly one year later the band has yet another LP out. Even the title of Another Educated Guess is reminiscent of the strong streak of pop classicism that runs through Brumley's work, and the new album doubles down on the well-orchestrated sound of pre-Beatles pop and rock.

The complexity of an Educated Guess album belies the simple premise behind the tracks. "These are meant to be fun pop songs that make you feel good," explains Brumley. But as he outlines the amount of effort that went into crafting the tunes, it's clear that they aren't simply spun out of sugar and daydreams.

"I knew I wanted to do this kind of grand chamber-pop," says Brumley. "We spent a lot of time rehearsing these songs, which was very different for the band." Brumley often rehearses sectionally, focusing solely on the three female backing vocalists to tighten harmonies or with the brass section to isolate soloists. 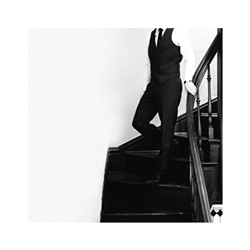 On a song like "In My Mind (I Said it So Much Better)," the moving parts of the Educated Guess are on display. Brumley's piano hammers out an insistent, if polite, rhythm as guitarist Grant Alexander slashes out sharp counterpoints. The Honeys, that backing-vocals trio, offer doo-wop harmonies alongside the dulcet plucks of pizzicato strings. The brass section slides in and out with punchy verve while making room for a middle-eight saxophone solo. It's a compositional marvel that the song doesn't lose much of its fleet-footed feel with the sheer number of players on the track.

Brumley describes his writing style as "top-down," meaning that the songs are composed and orchestrated before bringing them to the band. But since the Educated Guess began as an almost rootsy, near-cinematic four-piece, Brumley still begins with the relative minimalism of the rock & roll quartet. "It all works without the orchestration," says Brumley. "You want it to work on its own merit."

Still, his current vision for the band is very much an exercise in well-managed excess. "For the new one, what I learned was to start to reign those elements in and be more disciplined in how I use space," says Brumley. "I wanted the self-titled to be the beginning, to kind of start over."

If there is a through-line between the new Educated Guess LP and last year's release, it's Brumley's lyrical fascination with the concept of the love song. It's also where the album droops most regularly, as if Brumley views the love song as a genre to be dissected instead of a feeling to be expressed. Given that Brumley ended 2015 with the release of the debut by Palaver, which pairs his words and piano compositions with Steve Carosello's voice, some of the triteness of these Educated Guess songs stands in contrast to a lyricist who has proven himself capable of writing searching, occasionally profound lyrics.

"Certainly for the self-titled LP, the lyrics were not the focus. I was thinking about the big sonic picture," says Brumley. "The lyrics needed to fit that, and the love lyrics — songs about relationships — is built into the vernacular of these songs.

"I couldn't help but write songs about love," he continues. "I really have so little to say about love; I'm not someone who dates a lot. I'm not a tumultuous romantic person, but I'm really interested in this idea of the expectation of finding that one, special, magic person."

Later, Brumley clarifies that the lyrics are "exploring the expectation that love/romance will solve all of our problems, and I think that expectation leads (or can lead) to a real emptiness and unhappiness."

You won't necessarily detect that unhappiness on Another Educated Guess; the brightness and fullness of the production doesn't leave a lot of room for rain clouds. But when Brumley flexes his compositional muscles, his quietest moments are as affecting as his most bombastic. The a cappella "Nocturne," delivered by the Honeys, acts not solely as a luminous palate cleanser but as a breath-drawing set-up to the rumbling album closer "My Kind of Perfect." Brumley's allegiance to Phil Spector was never in doubt, and his production here references the Wall of Sound scope (Tympanis! Tubular bells!) while underlining that struggle between unreachable idealism and earthbound realism. 