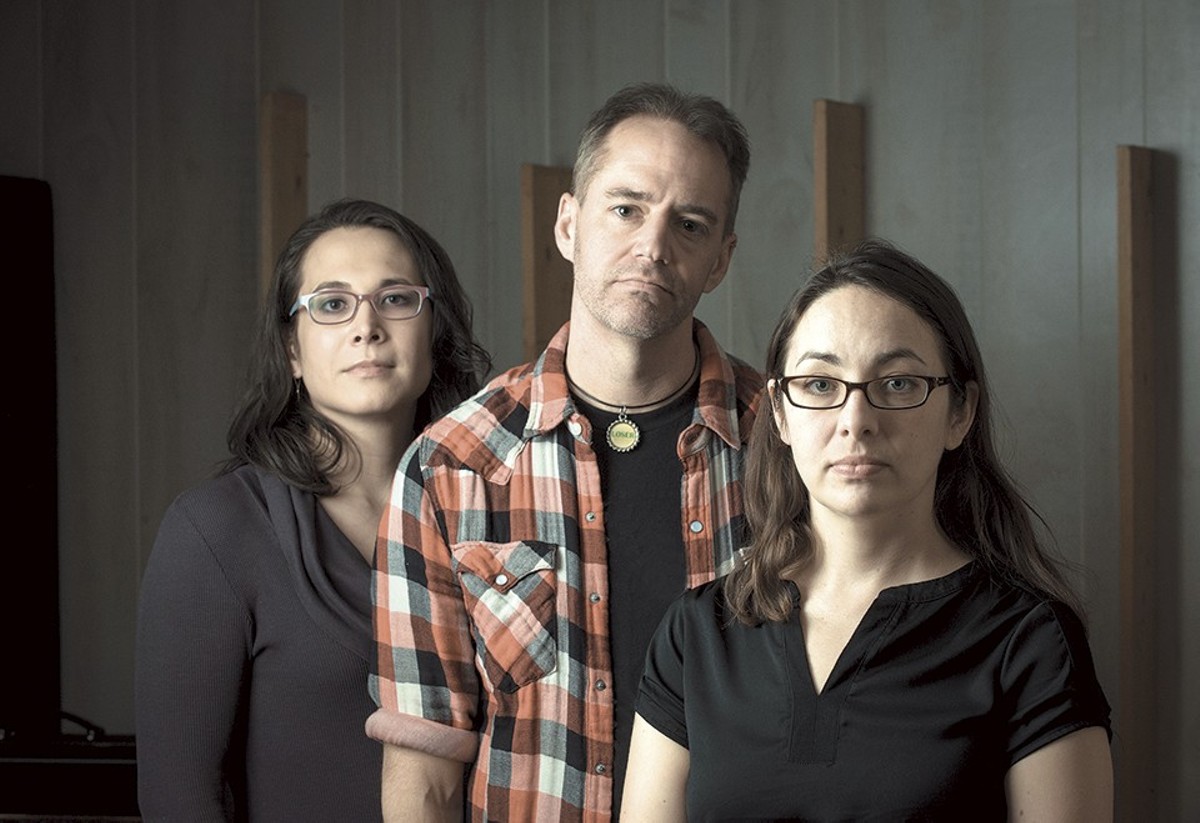 Jeremy Essig doesn't sit still for too long. As a touring comedian, he spends roughly half the year on the road. This month alone he'll visit New York City, Raleigh-Durham and Portland, Maine, and that's on top of a fairly active calendar here in town.

Essig, who is also an occasional RFT contributor, has been a leading light in St. Louis' comedy scene for well over a decade and one of its most successful exports — his friendship with Brian Posehn has led to some high-profile opening gigs, and he recently had his first headlining slot in his hometown of Zanesville, Ohio.

So it was a rare moment of downtime that Essig allowed himself this past winter when he retreated to his home studio to focus on his first true passion: writing, performing and recording music.

"My 40th birthday was my last show last year [in December], so I took three weeks off and I basically didn't leave the studio," Essig says. He spent that time working through the material that would comprise the debut album from his new band, Let's Not.

"I wouldn't recommend that to anyone, by the way," he says of the time spent in his south-city hermitage, poring over some of the more raw parts of the last few years and dealing with "ups and downs in relationships and professionally."

Let's Not's debut album, Glimmer, finds a compelling middle ground between the crash-and-crunch of vintage Superchunk and the moody textures of the Cure. This isn't Essig's first foray into music — he's played guitar and written songs since high school, and about two years ago he joined up with Jason Robinson's band Shark Dad as a guitarist and backup vocalist. And while he had contributed lyrics to that band in the past, the crop of songs that make up Glimmer cut a little closer to the bone.

"It was stuff that didn't feel right for Shark Dad," he says. "They started getting a little personal, and I wasn't sure I wanted anyone else singing that."

The album isn't exactly soul-baring — Essig is good at painting his more tender material in impressionistic strokes, and there are more than a few quick-hit indie rock songs. But on a track like "Liz," which sits in the middle of the album, Essig wears more than a little heart on his sleeve as he intones the song's chorus — "it hurts to try" — amid swirling string pads and a Joy Division bass tone.

In addition to being a touring comic and itinerant musician, Essig also has a sideline gig as an audio consultant; the Helium comedy-club chain often hires him to set up mixing boards and provide quality control for its clubs across the country. It's a hobby that he developed during downtime from his gigs and one that enabled him to record Glimmer in his home studio.

"The thing with touring in comedy is, you're done some nights at nine or eleven o'clock and then you have all day off," he says. "I took two years, took some online courses and read some books. I just kind of experimented with different mic techniques or writing string parts on MIDI. It's been a two-, two-and-a-half-year process."

On the album and on occasional gigs around town, Essig is joined by bassist Michaela Kuba and drummer/backing vocalist Anne Stevenson. He met both players from doing shows with their other bands — Stevenson plays in the Fade and Kuba in Other People — but both quickly asserted themselves as more than mere session players.

"We were just gonna do one show, then we got offered to do another show and took two months to record the album," Essig says. "I think the way this one was different was I was in a room where everyone else was really good. I wrote this as a real heavy guitar record, but then Michaela brought in a cello and Anne started doing some vocal stuff."

Specifically, Essig points to the song "Risk," which features Stevenson singing multiple harmonies behind Essig's lead. "The couple live shows we did, she would sing but I couldn't really hear her," Essig recalls. "She went into the booth and I was like 'What is going on?' That harmony she does on the bridge in the second track, she started harmonizing with herself. That was all her thinking it up and being able to do it all in one take. I was sitting there in the mixing chair, thinking how I didn't expect any of this."

And while Essig has no plans to leave his main gig behind, working with Let's Not has served to reinvigorate another side of his creative life.

"I was never real good at being one of the quote/unquote 'comics.' I don't like watching comedy at all," he says. "I got into it because it was the easiest vehicle to go traipse across the United States.

"My taxes say I'm a comic, but that's only because I can't justify anything else."