Tonight, Flogging Molly is playing a sold-out show at the Pageant. (Look for a review and photos tomorrow.) Before vocalist Dave King was in FM, however, he cut his teeth in a string of metal bands. The most notable of these was Fastway, which was formed by ex-Motorhead guitarist "Fast" Eddie Clarke. That band specialized in primo British-style heavy metal, as this "Say What You Will" video demonstrates.

After Fastway, King was briefly part of a group called Katmandu, which released one album. (The other notable member was ex-Krokus guitarist Mandy Meyer.) King's time in this band is immortalized on the following RockCard. This token was part of a short-lived trading card series which featured rock stars instead of sports players. (Editor's note: It's amazing the things you find at your parents' house.) 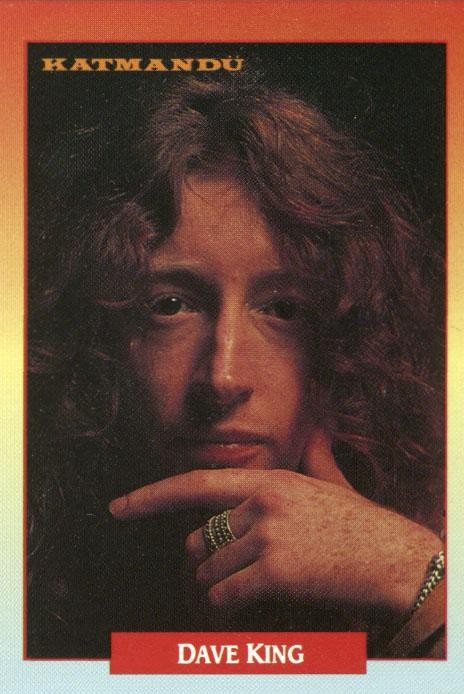 It's hard to believe that this sullen rocker with the shaggy hair is the same as this dapper frontman: 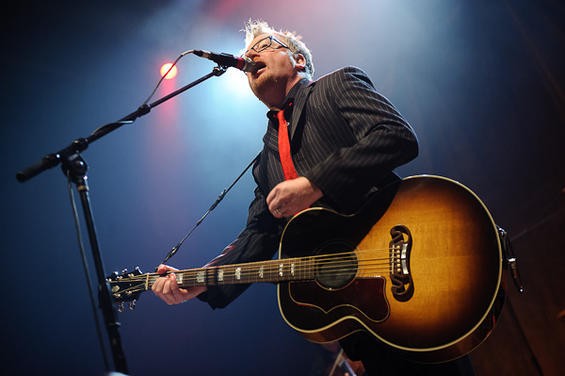