Meet Scrub, A Hip-Hop and FarFetched Artist Looking To Take Over the Streets 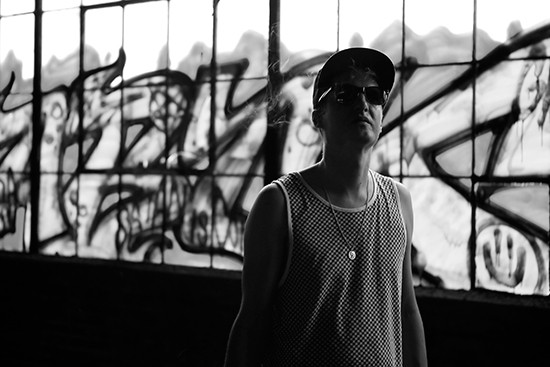 In this weekly column, RFT Music gets to know local creatives, musicians and their missions. Get a slice of the local scene, complete with a snippet of sound and info about upcoming releases and shows. Stick around to see what St. Louis artists have to say whenever they Fill in in the Blank.

Hip-hop spitter Adam Estep grew up in a rural area outside of Augusta, Missouri with weirdos, nerds and punk rock kids. "Anyone who wasn't totally mainstream stuck together," he says. "I just called everybody scrubs.... It was sort of an-all encompassing term for 'outcast' when I was younger."

Since the early-naughts, Estep has rapped under the moniker Scrub, inspired by flavors offered to his generation while growing up in the '90s -- everything from Ice Cube and Bob Dylan to soul music and blues. With the sole goal of creating music that functions as both fun and danceable, he injects his carefully crafted words into beats crafted by good friends and collaborators. The pool includes M.A. Double, Loose Screwz, and Fresh Kilz from Toronto, and Estep shows he's not afraid to dive right in.

"A lot of my material is about life and death but more specifically about enjoying your days, not taking things for granted and realizing what you do have," says Estep. "I try and hide those messages among fun party lyrics. It's just one of those things I think about a lot. Don't be afraid to die and enjoy every day that you're alive."

With a new baby in tow, the FarFetched artist has no intentions to hit the road, instead opting to expand his coverage across the streets of St. Louis. He talks plans of organizing a team for street performing and obtaining the permits and PA to do so. "It's something new to do," he says.

Estep also runs his own small label, 9-BALL ent., and plans to release a record for friend and mentor Silly J Skills. Currently, Estep says he's laying low to wrap up an upcoming spring release. Look out for teasers from his album, No More Food, in February.

We invited Scrub to fill in the blanks ahead of the release of FarFetched's Prologue III compilation tonight. See what he had to say on the next page.