You Don’t Actually Like the Red Hot Chili Peppers 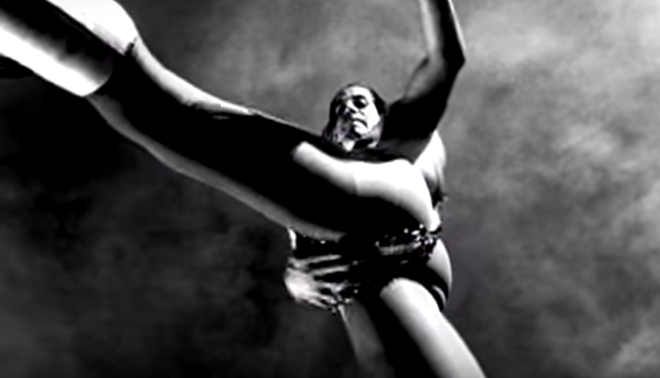 Still from the very mature "Give It Away" video

Friends, you are being fooled by your own brains. You don’t actually like the music of the Red Hot Chili Peppers. You think you do, because you know the songs. Your mind has tricked you into thinking that you like these terrible songs because they were around during a formative time in your life. But just because something is familiar doesn’t make it good.

This is the result of a psychological phenomenon called the “mere exposure effect.” It proposes that when you are familiar with something, you will receive it more favorably. It’s a loophole in your cognitive process that is exploited hundreds of times per day. (It’s a huge factor in how you view your connections on social media and it’s also at least part of how a television personality recently won a presidential election.) This is entry-level thought tinkering and it's used by every advertiser that you’ve ever come in contact with and, yes, the Red Hot Chili Peppers. The Peppers have an advantage here because they likely got into your head during your years as a budding music fan (your early-to-mid teens) and they’ve just lived in there like a nasty-ass tapeworm ever since. Their inescapable '90s trilogy of caca (Blood, Sugar, Sex, Magik; One Hot Minute; Californication) weaseled its way into your consciousness when you were still young and vulnerable. As an adolescent, you were impressed by the band’s hedonist bro-funk — imagining that one day you, too, could score an ultra-romantic drug problem or grab your painted taint in the desert. You weren’t even turned off by album covers that looked like shit tribal tattoos or a band logo that gives some the urge to call for medical help. You looked to Dave Navarro and saw a compact hero, not just a preening, gothic prawn. You laid eyes on Chad Smith and didn’t even think about Will Ferrell. Yes, those were the days. But there is no way that you (mid-to-late 30s Midwestern dude, am I right?) should still like this crap music. But maybe it reminds you of a time when your shorts were cargo and your obligations were nonexistent. Maybe you were listening to "Under the Bridge" the first time you fingerbanged a comely young lass. Whatever, that’s cool. You were a kid. But if you have to book a babysitter to go to the RHCP show, you should be too grown for cocks in socks. If you gotta ask off work for the next day because you’re going to have a hangover after three $14 beers, you’re too old for words like “scar tissue that I wish you saw.” If you have a 401k and you’re still down to sing along to “Lick my knob, I gotta put it in your grand-ma” (or whatever the hell those lyrics are) then you are living a sham version of adulthood. If, as an adult, you heard this music for the first time, you’d be like “Get outta here with this obnoxious kiddie bullshit.” You, as a grown person, would be irritated immediately and you would think it was a shame that uber-talented Flea is stuck in this gig and forced to act like a cartoonish performing circus ape. With the advantage of some years, you would listen to the music of the Red Hot Chili Peppers for the first time and think that it was made exclusively for pot smokers with Adderall prescriptions. Which, to be fair, might explain the band’s enduring popularity — it’s an accurate description of your entire confused generation.


Plenty of music that you listened to as a kid still holds up, but not the Red Hot Chili Peppers. You’re not from California. You’re not wild. You’re not energetic to the point of pogoing. You’re not even a young, aspiring douche anymore. You’re a grown human and you should know better.

So if you’re going to the Chili Peppers’ show tonight, think of your shame during this moment, when every chump in the place does a subconscious body dip. And then hurry home and transfer double the money that you spent on the concert tickets into your kid’s college fund. You owe them that much at least, you foolishly nostalgic baby-man.