Analyzing the Good, Bad and Ugly of Rams Opener

Don't worry, guys. I think the day just might be coming when you can take those bags off.
Okay, hold your hand up in front of your face. Extend your index finger. Now, take your thumb and hold it about half an inch away from you finger. Resist the temptation to pretend you're crushing someone's head.
See that half-inch gap? That's how close the Rams were to winning the game Sunday. Seriously. They were just thaaaaaat close. The fact that they didn't win is kind of a bummer, of course; it certainly would have been nice to get an opening game win against an Arizona Cardinals team which looked extremely beatable in their new post-Kurt Warner, post-Anquan Boldin incarnation.

Still, as far as new beginnings go, it certainly could have been a whole lot worse. Nobody got hurt, and the outcome of the contest was still in doubt pretty much all the way until the end. That's far more than one has been able to say for most Rams games in recent years.
The Good
Sam Bradford -- I suppose this one goes without saying, but Bradford was outstanding. He made one really, really bad throw that went for a pick, but we're all just going to have to get used to seeing that occasionally with a rookie under center. The only real complaint I can come up with for Bradford is the fact he had to throw the ball 55 times, but that's hardly his fault.
Actually, I take that back. It would be nice to see Bradford learn how to gear back a bit more on his short throws. There were several touch passes he was much too firm with, leading to balls going right through the intended receiver's hands. Still, I'm completely willing to chalk that up to a rookie learning curve and nerves until we see him start winging three-yard screen passes ten feet over his receiver's heads, Michael Vick-style.
In the end, it really couldn't have gone much better for Bradford and the Rams in terms of his debut. He looked, and played, like a future NFL great, and all the Rams have to do is build a team for him to lead.
Chris Long -- Long took advantage of the Cardinals' right tackle Brandon Keith all day long, and it was a sight to behold. We've been waiting for Long to live up to his billing as a #2 overall draft pick, and yesterday he actually looked the part. He ran right past the huge but mobility-challenged Keith several times, leading to his being in Derek Anderson's face all afternoon.
You have to like Long's motor, as he is a remarkably tenacious player who never quits on a play, but that tenacity hasn't translated into consistent production to this point in his career. Let's hope we see a whole lot more performances like yesterday's throughout the 2010 season.
Mark Clayton and Danny Amendola -- Clayton made one 'wow' catch and hauled in ten overall, a remarkably productive afternoon for a receiver just picked up less than a week ago. Amendola had a nice day as well, picking through coverage and getting open time and time again. Amendola also got a chance to show his elusiveness on one long pass play as he turned a simple slant route into a 36-yard gain.
Donnie Jones -- Sure, you could argue that the punter of any team as offensively inept as the Rams of recent years should be good at his job, given the amount of practice he receives. That doesn't change the fact that Donnie Jones is a freakishly brilliant punter. And I think he deserves some credit for that.
click to enlarge 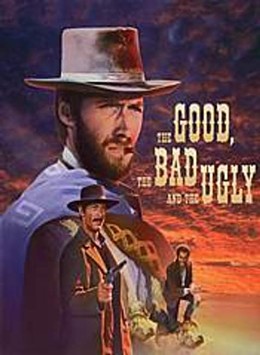