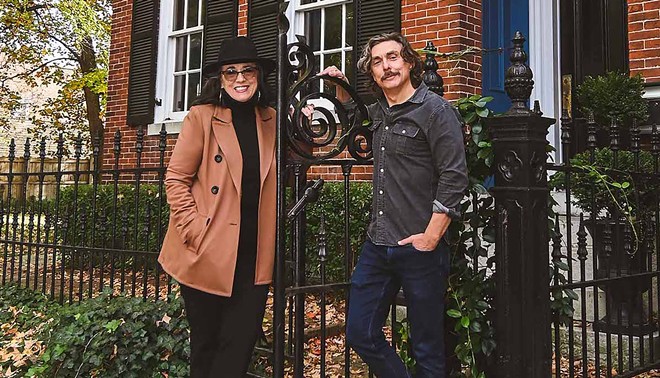 SARAH LOVETT
Barbara Clark and Geoff Story celebrated an RFT cover story about their friendship with a party at Clark's home in Elsah, Illinois.

Our November 16 feature, "The Bricks that Bind," opens in 2002 with Geoff Story buying the LaSalle Park home that rehabber and former magazine publisher Barbara Clark had left a decade earlier, and the neighbors sharing the folklore of her legendary parties all those years later. Barbara had been the vacated district's solitary resident in 1976, and the tale of her and Story's eventual and unlikely friendship was originally pitched as the first of my new column, but was fleshed out as a cover story instead. To celebrate, Clark and Story hosted a soiree at Clark's circa 1883 Elsah, Illinois, home, overlooking the Mississippi. 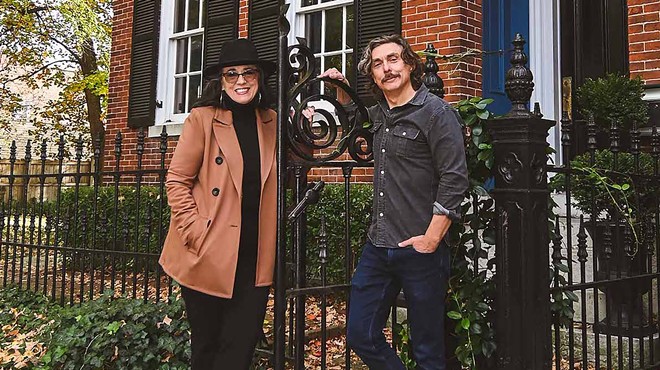 How a (Possibly Haunted) LaSalle Park Home Shaped a Friendship and St. Louis: Barbara Clark and Geoff Story owned the home in different decades but connected over its history

A few hours before the party, Story texted me a photo of the industrious Clark under a table, presumably completing a task as part of her party preparations. "What is she doing under there?" I asked. "She's just being Barbara," Story replied.

Situated between bluffs along the Great River Road near Grafton, picturesque Elsah has been described as "the New England of the Midwest." Guests, including many media types and Soulard restoration pioneers, arrived just after sunset to a roaring bonfire behind the white picket fence.

I was giving a tour of the second story to Panera V.P. Dessi Zaneva and "Maven of Mardi Gras" Luann Denten, when the Maven — someone who has wowed me with her psychic abilities in the past — stopped midway through the house and said there was a divider of some sort. "Was this originally a duplex?" she asked. "There's something here. This hall didn't always go through," she said. I felt certain the home had never been a duplex, but shrugged it off and continued the tour. 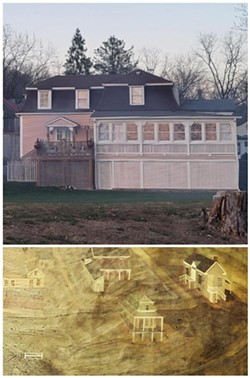 CHRIS ANDOE
Barbara Clark's home and a mural in the local museum depicting its original configuration.

Sally Horbelt opened the nearby Village of Elsah Museum just for party guests, which made for many charming strolls through the historic district. High along the rear wall was an old mural of the entire town, and in it, Clark's house was half its present size. Right where the Maven paused on the tour would have been the original mansard roof.

St. Louis Magazine Senior Editor Nicholas Phillips, who had written an Out in STL feature on Geoff Story in 2017, was in attendance, as was Sarah Fenske, executive editor at Euclid Media Group. Fenske greeted Clark and recalled how in the RFT cover story, neighbors were still talking about Clark a decade after she had left.

"I moved to Compton Heights recently, and every house in the neighborhood is known by a family name, and it's often not the family who currently lives in them, or even the family before that," she said with a laugh.

LaSalle Park community organizers Deb Aerne, her niece Meg Holmes, and her nephew-in-law Brent Holmes had all been mentioned in the article, and were in attendance. They brought along 10-year-old neighborhood organizer Mason, who was photographed in the paper, as well as his brother. The boys seemed perfectly at home, mingling with guests and posing with the issue. "Being the only kids in attendance didn't bother them one bit," Aerne said. 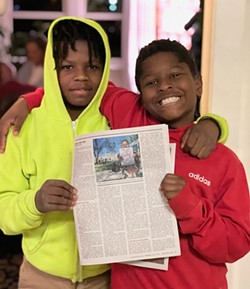 RFT Editor in Chief Rosalind Early was a bit delayed by work commitments, but joined in conversation with Elsah residents Pat and Christy Stavely, who relocated to the village from Nashville, Tennessee. I later roped Early and others into a nightcap at my favorite area haunt, Alton's Bubby & Sissy's, where handsome bartender David Rauschkolb kept us entertained.

Debriefing after the party, Clark remarked how delighted the Elsah guests were by the turnout and the great energy. "Just as the residents of LaSalle Park talked about you long after you were gone, so will the residents of Elsah," I said.

Those who made the scenic 45-minute trek from the city expressed being taken by the magic of the evening. Fenske, for instance, lamented having to depart early to emcee an event. "I felt like I could have talked to the people there all night. So many smart, interesting St. Louisans on the edge of the river in what felt like 1,000 miles from the city." 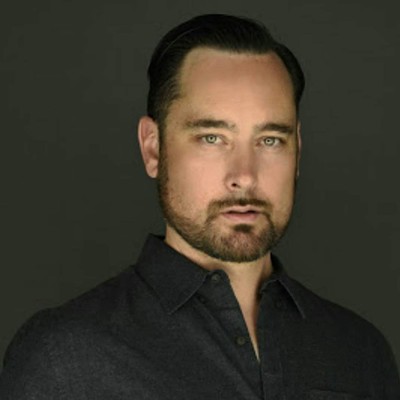 If you see a drag queen in the mainstream press, odds are Chris Andoe wrote the story. Known as our city’s preeminent LGBTQ nightlife reporter, Andoe served as the editor in chief of Out in STL and is the critically-acclaimed author of Delusions of Grandeur and House of Villadiva.
Scroll to read more St. Louis Metro News articles (1)