The pissing match between Archbishop Raymond Burke and Womenpriests Ree Hudson and Elsie McGrath carries on, per an e-mail I recently received from McGrath.

The archbishop is enraged about a display advertisement that the women have been running in the Post-Dispatch, according to a June 10 letter from Burke to the Womenpriests. The ad, publicizing their services at Thérèse of Divine Peace Inclusive Community, runs every other week in the “Catholic” section of the newspaper’s Saturday-edition worship directory. Burke in his letter enjoined the women to rescind Catholic references from the ad immediately.

McGrath and Hudson were ordained as part of the Roman Catholic Womenpriest movement back in November, despite objections from the archbishop. He proceeded to ex-communicate the women this past March.

McGrath has already assured her Post sales rep, Kevin Weaks, that she will not pull the ad. 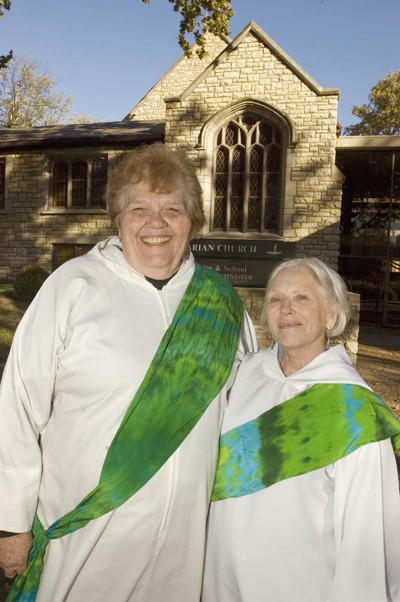 She also warned him that an official with the Roman Catholic Church in Sarasota, Florida, earlier this year apparently attempted to stop the Sarasota Herald-Tribune from running an ad announcing services run by a local Womenpriest. “…there is a precedent for hierarchical types trying to intimidate the popular press,” McGrath said in an e-mail to Weaks. “I am confident that Archbishop Burke cannot control the advertising in the St Louis Post-Dispatch.”