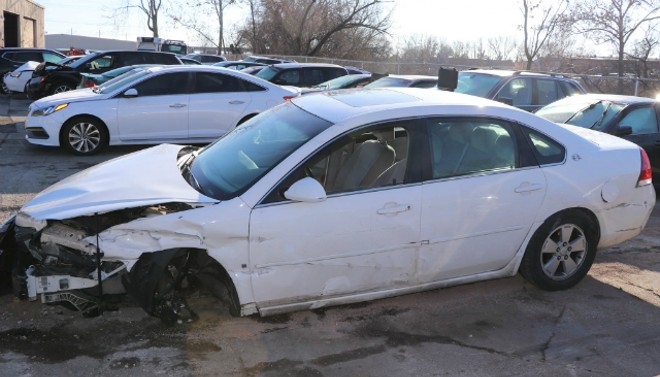 COURTESY CLAYTON POLICE
A stolen sedan was in bad shape following a collision with another stolen vehicle.

A quartet of car thieves accidentally crashed a pair of stolen vehicles into each other, leaving the suspects to scramble away on foot along Interstate 170, authorities say.

Clayton and Ladue police eventually collared three of the four and found a loaded Ruger handgun at the scene, Clayton police say. 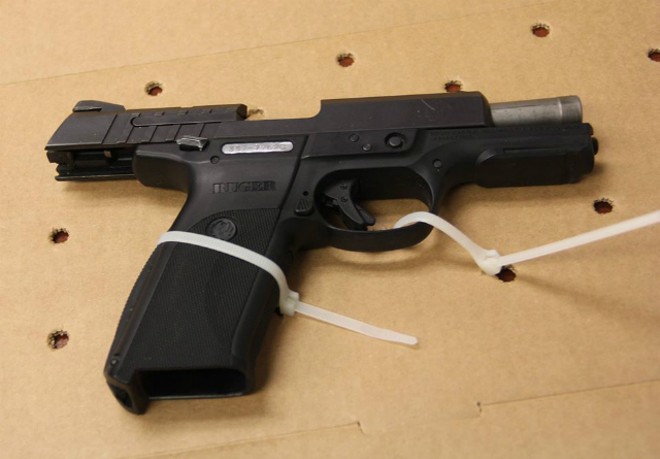 Police didn't immediately release the identities of the suspects, but they say they had driven a stolen sedan to Clayton where they helped themselves to a Nissan SUV that was sitting with the key in it inside a garage in the 500 block of South Brentwood Boulevard.

It was shortly after 5 a.m. on Wednesday, and from the garage, the four had only to slip back onto Forest Park Parkway and escape onto I-170. However, as the SUV and the sedan sped onto the ramp toward the southbound lanes of the interstate, they collided, disabling both vehicles. The suspects then ran along the highway, where Clayton and Ladue officers arrested three of them. A fourth was still on the loose.

In a Facebook post, Clayton police used the incident to remind people to lock their car doors and — given the gun they recovered — avoid confronting thieves. 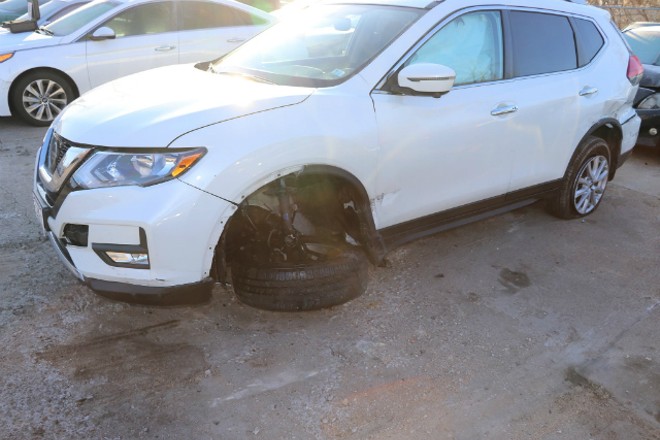 COURTESY CLAYTON POLICE
The stolen SUV took a beating, too.