A routine traffic stop on Highway 55 in Perry County turned into a seizure of almost 20 pounds of methamphetamine recently flown in from California.

Yesterday in federal court in the Eastern District of Missouri, Stacie Bohannon, 20, and Cassandra Brooks, 27, were charged with possession with intent to distribute meth.

The charges stem from an arrest last Thursday. The two were driving south on Interstate 55 in Perry, and a deputy with the Perry County Sheriff's Office pulled their car over for registration violations.

During the course of the stop, the deputy asked Brooks where she was coming from. Brooks, who the deputy stated smelled strongly of marijuana, began to say "airport" but stopped herself. She then said she and Bohannon were headed to Cape Girardeau.

According to the affidavit, the DEA has been investigating "a number of subjects" transporting meth and cocaine from California to eastern Missouri via commercial flights.

A search of the car turned up a black duffel bag containing an American Airlines luggage receipt with Bohannon's name on it, the affidavit says.

A black briefcase was also in the car, affixed to it was a luggage sticker indicating it had been flown from Los Angeles International Airport to Lambert.

Inside the briefcase were several vacuum sealed bags containing 19.7 pounds of meth, five pounds of cocaine and an assortment of unidentified blue pills, which investigators say they suspect may be Fentanyl. 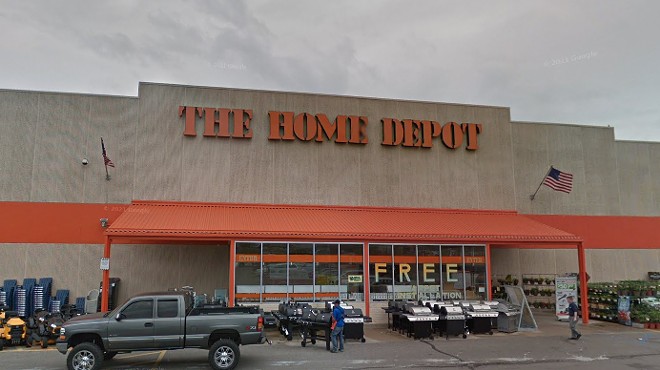 Man and Woman Steal from Almost Every Home Depot in St. Louis County: Only the Ferguson Home Depot Was Spared

During an interview with the FBI, Brooks stated that, on the day of her arrest, she drove to Lambert expecting to pick up a woman named D'ynasia who was flying in from Los Angeles. At this point, Brooks requested a lawyer, and the interview ended.

Bohannon also spoke to the FBI, saying in an interview that a woman named D'ynasia had recruited her to fly to back and forth from California to Missouri.

She told authorities she "believed she was transporting bulk cash to Los Angeles, California and transporting narcotics to Missouri, but she was uncertain." Bohannon said she had made the round trip three times.

Both women were incarcerated in the Perry County Jail pending federal charges. They face state drug trafficking charges as well.