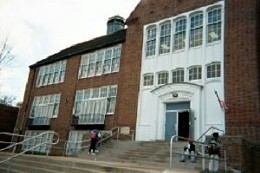 Patrick Wallace, district spokesman, confirms that the probe at the North St. Louis school has reached the "final stages."

One of the three faculty members under scrutiny remains in her leadership role at Herzog, according to sources familiar with the investigation -- even as the next round of Missouri Assessment Program (MAP) tests is set to begin in just a few weeks.

An internal report obtained by Daily RFT reveals that "severe allegations" were brought to superintendent Dr. Kelvin Adams in April of last year. The names of the accused have been redacted. The allegations are that:


A trio of district administrators -- Dr. Cleopatra Figgures, Dr. Bertha Doar and Paula Knight -- interviewed all parties and agreed that "there were inconsistencies in the responses" of the accused staff.

On the basis of "preliminary results, " the investigators recommended on April 29, 2011 that one staffer be removed, another be banned from the testing process for a year, and the third "receive a formal letter from the Offices of Accountability and Academics informing her neglect in the leadership role during testing."

Wallace declined to comment on whether the faculty were actually disciplined, citing district policy to not discuss personnel matters.

Almost a year on, the district has yet to send the state any word of testing irregularities at Herzog, according to Michele Clark, a spokeswoman for the Missouri Department of Elementary and Secondary Education (the body that runs the MAP tests).

Speaking in general terms, Clark says that "It's not unusual for a district to gather their facts and see if a testing irregularity has occurred and needs to be reported." She adds that the districts are under no specific timeline to do so.

Clark explains that once state officials field allegations of cheating, they look into it.  If they conclude that cheating occurred, test scores could be invalidated, which may hamper a school's ability to meet goals set by the federal No Child Left Behind Act.

Herzog was listed as having met those federal goals, known as "adequate yearly progress" (or simply "AYP" in educator lingo), during the 2010-2011 school year.

A finding of wrongdoing could also have ramifications at the state level, where St. Louis Public Schools is battling to regain accreditation.

Patrick Wallace, spokesman for the district, sent us this statement:

The District takes all accusations of testing irregularities very seriously and conducts investigations to determine the accuracy of the allegations.  If the District determines the testing process has been compromised, the test scores for the students in question are thrown out and do not count towards the school or District AYP or Accreditation scores.