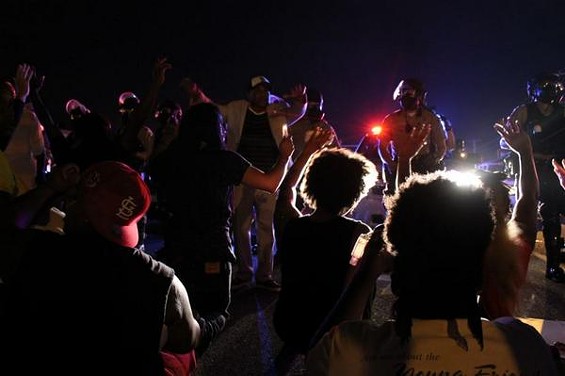 Ferguson police are asking anyone who wants to assemble or protest in Ferguson to be gone by nightfall.

See all Riverfront Times coverage on Michael Brown's death and the Ferguson unrest.

We ask that any groups wishing to assemble in prayer or in protest do so only during daylight hours in an organized and respectful manner," the statement says. "We further ask all those wishing to demonstrate or assemble to disperse well before the evening hours to ensure the safety of the participants and the safety of our community. Unfortunately, those who wish to co-opt peaceful protests and turn them into violent demonstrations have been able to do so over the past several days during the evening hours. These events are not indicative of the City of Ferguson and its residents.

St. Louis County police have tried to block media from protest scenes by threatening them with arrest (and, in the Riverfront Times' case, hurling a can of tear gas at a reporter). On Tuesday the police ordered a no-fly zone for aircraft under 3,000 feet by saying demonstrators were shooting at a police helicopter Sunday night. 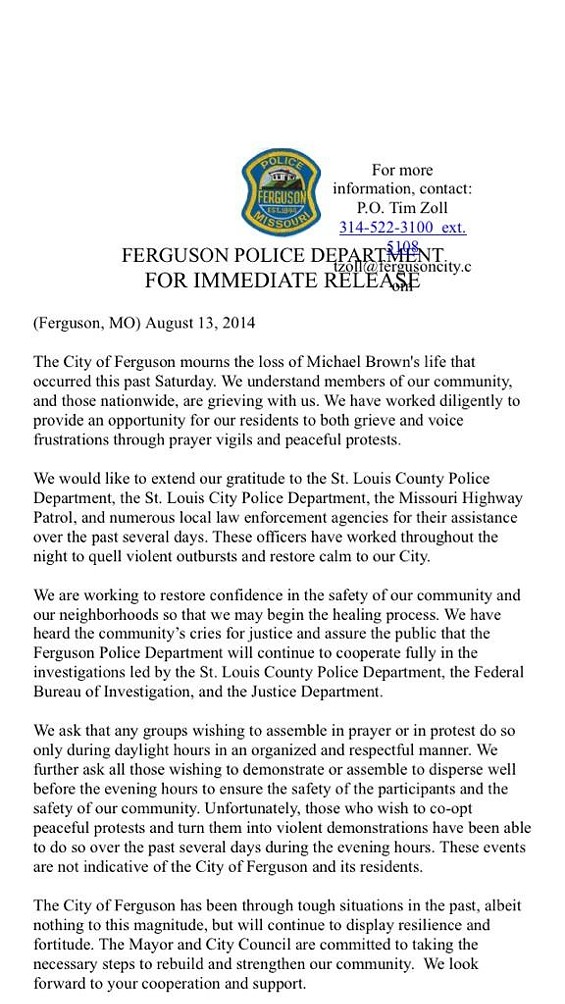