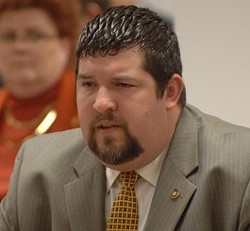 If you needed further proof that tensions surrounding the Francis Howell-Normandy school-transfer controversy are boiling over, look no further than the recent war of words between State Rep. Mark Parkinson and Francis Howell School Board member Mark Lafata.

Parkinson, a St. Charles Republican lawmaker, says he is considering introducing legislation next session that would allow the Francis Howell School Board to have "veto power" to effectively block Normandy, the unaccredited district, from sending over its students to the higher-performing schools. Parkinson, however, says that the proposal -- a version of which he has drafted -- is mainly a way to draw attention to the "childish behavior" of Lafata at a Francis Howell town-hall forum.

"As you can probably tell, I don't deal with bullies very well," Parkinson says in a nearly 2,000-word e-mail he sent out last week, slamming Lafata and outlining his proposed legislation. His full commentary is on view below.

The feud between Parkinson and Lafata is the latest controversy in the school transfer debate, which has riled up parents, educators and lawmakers from both districts over the last month.

A quick recap: The Missouri Supreme Court ruled last month that children living in unaccredited school districts -- such as Normandy -- may transfer to higher-performing schools in the same or adjoining counties. The ruling said that school systems that are unaccredited, which means they are underperforming, must pay tuition bills for the transfers as well as transportation to at least one alternative school district.

Normandy chose to send its students to Francis Howell, sparking an outcry from some parents of the Francis Howell district, who said they were concerned about funding, class size, safety and more. The debate has touched on racial tensions, given that Normandy schools are predominantly black and Francis Howell students are mostly white. Supporters of the transfer option argue that Normandy students deserve a chance to access a better education. 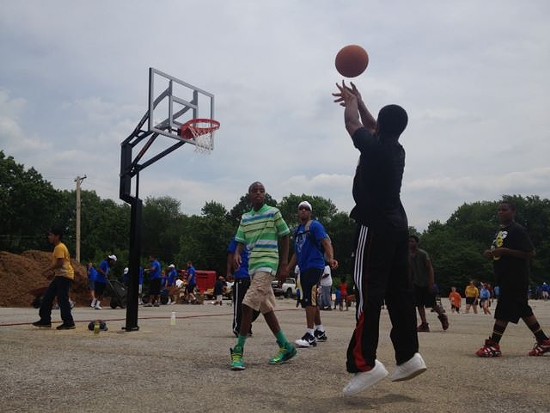 Lafata cast blame at a recent town-hall meeting on lawmakers who failed to fix this issue at the legislative level.

Parkinson, who has been vocally opposed to the transfer of Normandy students to Francis Howell, was not pleased.

"We as legislators were publicly rebuked in front of 2500+ of our neighbors. That's fine, we knew we were walking into an ambush, we put ourselves in that position," he says in his lengthy e-mail.

The legislative fix that he believes Lafata was pushing for -- that school boards have the authority to veto transfers -- is not one Lafata would actually want, Parkinson argues. 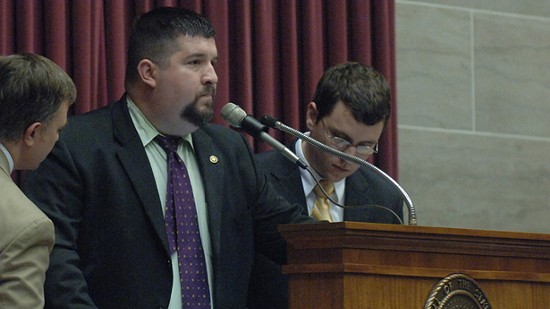 "As the saying goes, be very careful of what you ask for, sometimes you just might get it," Parkinson writes.

If you vote to reject the Normandy children the editorials and headlines write themselves, each and every one of you will be branded a racist.

If you vote to accept the Normandy children, we all know what that means in your next election.

Parkinson says he is considering legislation to allow the veto power, essentially to corner Lafata and other school board members into acknowledging that lawmakers are not at fault here and that the school board would not want this option.

Did I have the bill drafted, yes, is it tongue and cheek, ABSOLUTELY!

I will back down on this issue only if and when Mark LaFata issues the entire St. Charles County delegation a public apology (in writing and verbal) for his childish behavior at the Francis Howell town hall forum, specifically, for rebuking us publicly for not providing him with the "fix" he so desperately covets. Even though the "fix" would have benefitted no one other than himself.

He says that the long transportation time for students in Normandy will be burdensome for them.

He adds, "What I support is giving the Normandy School District the tools necessary to dig themselves out of this hole as quickly as possible."

Continue for response from Mark Lafata and for Rep. Parkinson's full e-mail and proposed legislation.