The former teacher's 70,000-word self-published book has outraged many in the metro east 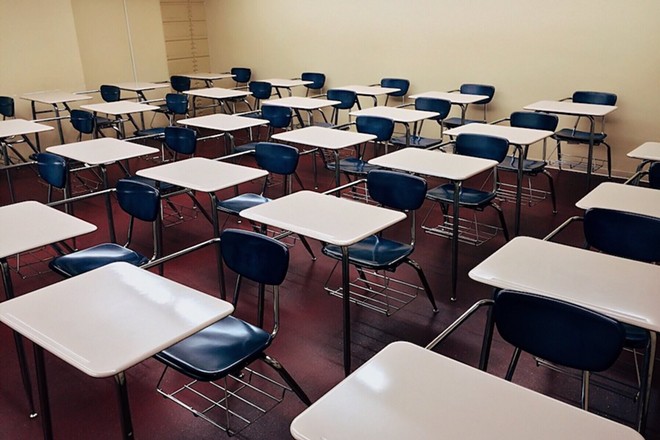 SEMTRIO
A former Granite-City school teacher has released a memoir about an affair he had with on of his students.

The superintendent of Granite City schools responded on Friday to an online memoir written by a former high school teacher detailing an affair he had with one of his students.

Andrew Crider, who taught English and journalism, resigned from Granite City High School in 2018 after the administration became aware that he was having an affair with an 18-year-old student.

Then-superintendent Jim Greenwald told KSDK at the time that the affair had been consensual and that it happened off school property. Greenwald added that because the student was 18, no criminal charges were filed. The age of consent in Illinois is 17.

However, earlier this month Crider self-published an almost 70,000-word memoir detailing the inappropriate relationship. The memoir contains many intimate scenes, including descriptions of Crider and the then-student in Crider's classroom that run counter to Greenwald's description of the affair in 2018.

Chris Mitchell, manager of district communications for Granite City High School, had no comment on the discrepancy.

Greenwald tells the RFT he first heard about the relationship from an anonymous caller the Monday after graduation in 2018. A few minutes later, Greenwald contacted the Division of Family Services followed by calls to the police and the student’s family.

He stresses the district acted "swiftly," with Crider resigning within three weeks.

"We are not in the business to ever ever fathom, let alone create romantic relationships with with our students. That is just absolutely taboo," Greenwald says. "When you're an education, you flat out can never cross that line."

The statement issued by the current superintendent, Stephanie Cann, stressed that Crider is not employed by the district, adding, "the former teacher no longer has a teaching license." The statement went on to say that there would be "extended training" for teachers prior to the start of school in the fall. The training would focus on teachers' roles as mandated reporters, meaning that teachers must report any inappropriate relationships at the school once they become aware of them.

"I think it’s sickening and wild that he got away with grooming a student who he should’ve been a role model for," said Mel Warren, a 2009 graduate of Granite City High School and former student of Crider's.

According to Crider's own memoir, the student he had the affair with filed a restraining order against him in the wake of the affair being uncovered, but this was changed to a mutual civil injunction, meaning that neither the student nor Crider could contact one another for two years.

However, according to the student's Facebook page, she and Crider are now in a relationship and she supports his publication of the online memoir.

Crider's memoir also lays out in intricate detail the subterfuge and deceit required to conceal the affair from the student's family as well as from his own wife and kids.

A voicemail left with Crider was not returned.

The RFT talked to a woman who grew up near Granite City High School and read Crider's memoir after her Facebook feed became dominated by negative reactions to it. She called the memoir "engrossing, but also totally gross."

She also questioned why Crider would go into so much detail about behavior that many find appalling.

"It's obvious he doesn't think he did anything wrong. What bothered me the most about the whole thing is that he's proud of it," she says.

UPDATE: This story has been updated with information from the former superintendent of the Granite City School District.