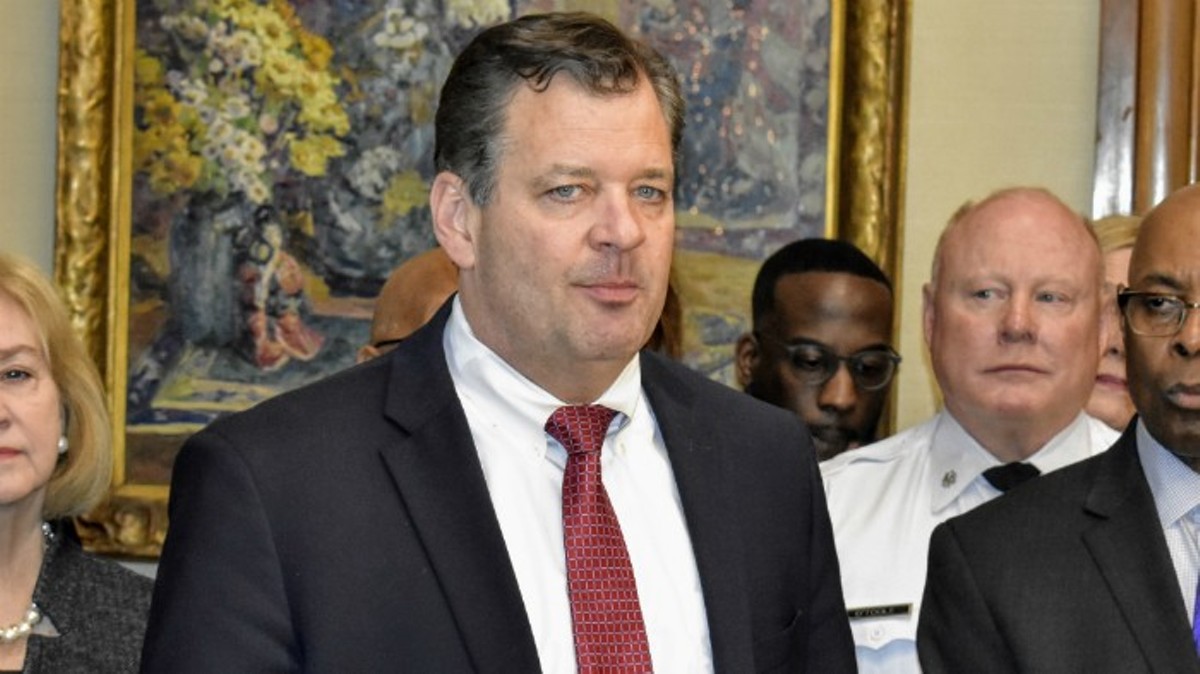 I was wrong about U.S. Attorney Jeff Jensen.

On February 26, I wrote in this space about how Jensen — the top law enforcement official in our region — might come to regret having been tapped by Attorney General William Barr for a terrible mission: going to Washington to do Donald Trump’s dirty work by springing one of the many convicted criminals in his orbit, General Michael Flynn.

Noting that Jensen had established a fine reputation in the local legal community for honesty and fairness, it seemed no good could come of such an inglorious assignment. I concluded my column with this not-at-all-prescient assertion:

“Jeff Jensen has built himself a fine reputation in St. Louis. But if he fulfills the mission for which Barr has tasked him, he might find himself coming home without it.”

OK, I was partly correct. Jensen’s mission was to wrong a judicial right. He was there to free a guilty man because that’s what Boss Trump demanded. But I’m not sure it hurt his reputation nearly as much as one might expect.

Flynn had been one of Trump’s sleaziest enablers after the 2016 election. Right after the outgoing Obama administration belatedly slapped sanctions on Russia for meddling in our election, Flynn, Trump’s incoming national security adviser, was tracked down by his Russian pal, Ambassador Sergey Kislyak, for assurance that Putin-Poodle-Elect Trump would not annoy the home office in Moscow with such nonsense.

That message was received loud and clear by Flynn, but not so much by Vice President Mike Pence, who flew into a rage after looking foolish for proclaiming there had been no talks between Flynn and Kislyak. Flynn had told him that, and in the infancy of the Trump administration, that sort of thing was still called a lie.

Long story short, Flynn got visits from FBI agents wondering if he was a Russian asset (which he may well have been) and whether he was carrying out some nefarious deal between Trump and Putin to ease sanctions (which he almost certainly was). One thing led to another, and Flynn lasted just 24 days as national security adviser, slightly longer than caviar keeps in the White House fridge. One of those things was Flynn’s guilty plea for lying to the FBI.

But none of that matters in 2020, because Trump has been unchained by beating the impeachment rap, so it’s jailbreak party time for the legions of convicts like Flynn surrounding him. Enter Jensen, with the solemn duty to “review” the FBI’s questioning of Flynn.

Twenty minutes later, the answer was obvious. A perfectly innocent three-star general had been tricked into thinking he was actually a guilty man for having lied about his interaction with Kislyak, despite his own extensive background in military intelligence. Hey, it happens every day: An honest man gets confused that he’s guilty, so he tells a judge under oath that he lied to the FBI. Then, at sentencing, he tells the judge again that he’s guilty of having lied, but in so doing demonstrates that he’s telling the truth the second time about lying the first time. As all good Americans know, the tie goes to the runner. So, the man must go free.

Jensen did the deed perfectly, apparently without leaving much of a public paper trail of his own. It was Barr who released a house-of-mirrors equivalent of a brief so heinous that I’ve taken the liberty of restating it for lay people:

“On behalf of the federal government, your honor, we’d like to assert that we have no idea what we were thinking by having brought this successful case against a great man like General Flynn, and we wish to apologize to him and to condemn ourselves for the unacceptable success of our prosecution. We hate ourselves for this. Sorry.”

So, Jensen hopped the first plane out of town.

Astonishingly, he had pulled off what he always pulls off: He takes part in a major story, and before you can grab your reporter’s notebook, everyone’s looking for the Invisible Man.

Jeff Jensen is uncanny. As an FBI agent in the ’90s, he played a key role in solving one of the greatest crimes in St. Louis history: the flight of brothers Alan and Harold Lieberman to Santiago, Chile, after absconding with $25 million in the proceeds of real estate fraud. It was a huge story of intrigue: They were the most famous international fugitives of their time. And Jensen helped capture the bad guys (except Harold, who jumped off a building in Santiago).

But he didn’t take a bow.

Not long after that, FBI agent Jensen was again successful in gaining justice in another titillating federal crime story, the bizarre case of violin dealer Keith Bearden, who ripped off St. Louis Symphony members and others in a wacky violin Ponzi scheme. Big success, no victory parade.

A far more prominent case for which Jensen is somehow not remembered was his prosecution as assistant U.S. attorney of the popular former St. Louis Blues owner Michael Shanahan Sr., who pleaded guilty in 2008 for backdating $80 million in stock options in his company Engineered Support Systems. Shanahan was given three years’ probation and community service and had to return all the money. At sentencing, Jensen said Shanahan’s crime was “greedy to say the least … the average investor doesn’t get the advantage of time travel.” Shanahan died in 2018.

As a civil attorney, in 2012, Jensen was tangential to still another famous case: the Ponzi scheme that sent Anglican Bishop Martin Sigillito to prison for life, first reported by the RFT in 2010. Jensen was listed among five attorneys defending an investment advisor and attorney who worked with Sigillito, Paul Vogel, in a civil suit related to the case. Vogel was accused “among other things, of falsifying a due diligence report in exchange for a $500,000 loan for his condo development at the Lake of the Ozarks and pocketing more than $150,000 by recruiting lenders,” according to the St. Louis Business Journal.

It was one of multiple suits settled by Vogel — all without admission of guilt — and he claimed that he and his wife Lynn Ann Whaley Vogel, president of the Missouri Bar in 2011-12, were victims of Sigillito.

Jensen made the news, without fanfare, as defense attorney in still another high-profile case, when two young assistant St. Louis circuit attorneys were forced to resign for allegedly covering up a city police beating of a handcuffed suspect. Jensen’s client was assistant circuit attorney Katherine “Katie” Dierdorf. Her law license was suspended last year.

On the other side of the case, prosecuting Dierdorf, among others, was Assistant U.S. Attorney Hal Goldsmith, the prosecutor who Jensen would bring in four years later to prosecute County Executive Steve Stenger for corruption. Small world.

Technically, the Stenger conviction — a major achievement — belongs at the top of Jensen’s resume. Though he had to recuse himself — for reasons near discussed publicly, by the way — he could have taken more of a victory lap than he did when Goldsmith sent Stenger to prison.

Few folks had any idea that Jeff Jensen — the most powerful man in St. Louis right now (just ask Stenger) — had a role in all these high-profile cases. Unlike certain local attorneys who would trample people between themselves and a microphone, Jensen does that ride-into-the-sunset thing. It’s as refreshing as it is bizarre.

That may come in handy right now. Our U.S. attorney — widely viewed in the legal community as a straight shooter and a man of integrity — just let himself get pulled into one of the most malevolent legal exercises in U.S. history. But he floated in and out of Washington almost unnoticed. He appears completely unscathed.

Nobody but Jeff Jensen could have pulled that off. I don’t know how he does it. But I wouldn’t underestimate him again.

Editor's note: The piece was edited after publication to reflect that Jensen recused himself in the Stenger prosecution.