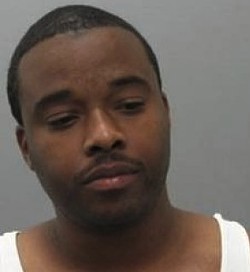 Another St. Louis area store employee has been robbed and murdered in a nighttime shooting -- but this time, police have found the suspect.

This week, detectives with the Major Case Squad of Greater St. Louis were able to successfully track down and apprehend 28-year-old Justin Williams, a Bellefontaine Neighbors man who they believe shot and killed Irshad Khan, the 63-year-old owner of a Conoco gas station. The charges yesterday come just four days after the Saturday-night shooting -- and after police released surveillance videos and photos that offered a clear look at the alleged killer.

Police say it does not appear that Khan resisted Williams during the robbery.

This tragic shooting happened exactly two months after Mon Rai, a refugee immigrant and 7-Eleven employee, was gunned down in a south St. Louis store while working. Police still have not located a suspect in this case, and 7-Eleven corporate officials last week offered a reward for tips that lead to an arrest.

In June, Haris Gogic, a nineteen-year-old working at a St. Louis convenience store, was shot and killed by a robber. Police have made an arrest in this case.

Here's surveillance footage of Williams allegedly talking to Khan just before the shooting, via KSDK (Channel 5). The two appear to be having a relatively calm conversation for a full minute:

The shooting allegedly took place in the office of the gas station and was not caught on camera.

Police say Khan was found on the floor of the business at 10320 Bellefontaine Road at around 9:21 p.m. after a customer reported that no one was in the store.

Here's additional surveillance footage of Williams via the Post-Dispatch:

His bail was set at $1 million.