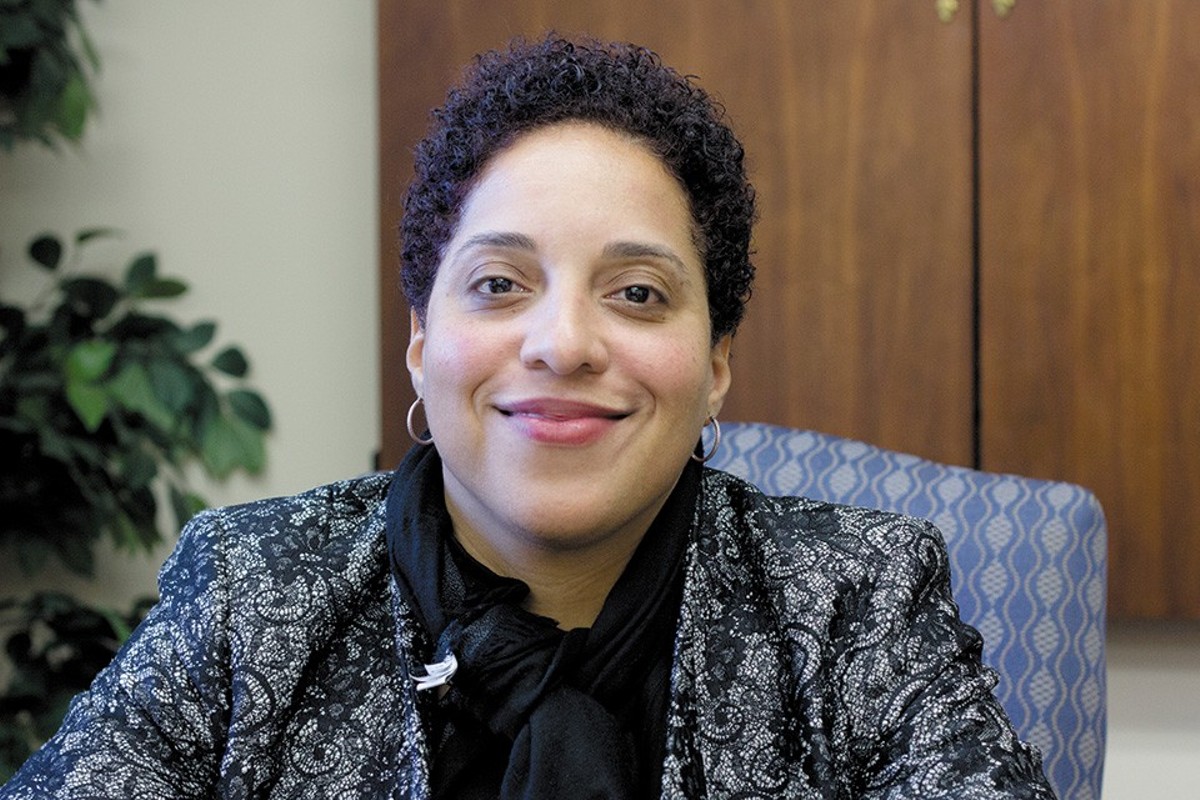 Circuit Attorney Kim Gardner hasn't shied away from battles: "If the prosecutor is afraid of everybody, there is something wrong with that prosecutor." DANNY WICENTOWSKI

Prosecutors in the St. Louis Circuit Attorney's Office arrived at work in January 2017 curious to hear what their new boss had planned.

Campaigning as a criminal-justice reformer, former state representative Kim Gardner had easily won the election to replace Jennifer Joyce, who was leaving her post as the city's top prosecutor after sixteen years in office. Across the country a new wave of prosecutors had just begun to roll into office on progressive promises to tackle issues such as mass incarceration and cash bail. Backed by a network of activists, Gardner became the first black circuit attorney in city history.

A few prosecutors in the St. Louis office didn't like what they heard during the campaign. They packed up and left, but the majority who took the Carnahan Courthouse elevators up to the circuit attorney's offices on Gardner's first day were ready to see what was next.

"I think, for the most part, anyone who was still there in January, we were willing to give her a chance," says an ex-prosecutor, one of eleven current and former staffers who spoke to the Riverfront Times in recent weeks.

Another former subordinate says they were looking forward to changes from Joyce's famously rigid policies, which gave them little to no freedom to negotiate with defense attorneys.

"What happened, and Kim will never get it, we were excited for her," the former prosecutor says. "We were done with Jennifer Joyce."

Everyone assumed Gardner would call a staff meeting to introduce herself, explain her priorities and share expectations. A few remember a group photo and Gardner saying something vague about doing things differently. But the first day ended with no actual directives from the new leader, and it was quiet the rest of the week.

The following weeks passed the same way. Gardner might say hello if they ran into her around the courthouse, but mostly she seemed content to huddle with an adviser brought in from her campaign and executive staff hired from outside the office. What they talked about and what she wanted, staffers could only guess.

In an interview, Gardner says she preferred to meet staff members individually, especially in the beginning. "When you go into an organization, you have to, one, evaluate the organization," Gardner says. "So having these blanket policies and decisions, it takes time."

However, prosecutors say individual meetings almost always included members of her inner circle, most of whom seemed hostile to holdovers from Joyce's administration and often did most of the talking. (Gardner disputes this: "I think it's kind of sexist because, as a female, to say I can't make decisions myself, I think that really goes to the sexism and discrimination I face inside a system where you have the first African-American prosecutor in the city of St. Louis.")

As a result, they say, Gardner's stance could be hard to predict. Many assumed, for example, that a reform-minded prosecutor with an interest in ending mass incarceration would be more receptive than Joyce in re-evaluating cases they considered problematic or short on evidence. Instead, one of their first direct messages from Gardner was a staff-wide email chastising prosecutors for what she saw as a disturbing trend of staffers trying to reduce charges or dismiss cases, according to multiple people who received the email.

"When Kim is referred to as a progressive prosecutor it makes me cringe," one recent staffer says, adding, "Her approach has been, when in doubt, lock them up."

Another ex-prosecutor says Gardner and her executive staff seemed overly sensitive to the suggestion that they would go easy on criminals.

"I think she knew that that's what people thought, and she was doing everything in her power not to appear soft on crime," the former staffer says.