Madison County Meth Lab: "He Heard a Loud Pop...And Found [His] Home Was On Fire" 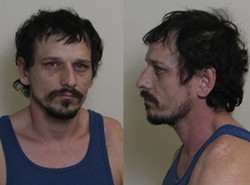 Here's one reason to maybe not operate a meth lab out of your home.

On Sunday, the Madison County Sheriff's Office and a local fire department were called to respond to a residential fire in Cottage Hills, Illinois. Thankfully, no one was harmed, but an investigation revealed that the the cause was likely a "clandestine methamphetamine drug lab."

And the suspect, alleged meth maker John Piper, was nowhere to be found.

Officials report that around 9:27 pm., they responded to the call about a house fire on 7th Street in Cottage Hills, Illinois. A resident of the house said that no one else was home -- and the Cottage Hills Fire Department successfully extinguished the fire.

The backside was very damaged and Dixon tells us that, as of now, "The home is not livable." 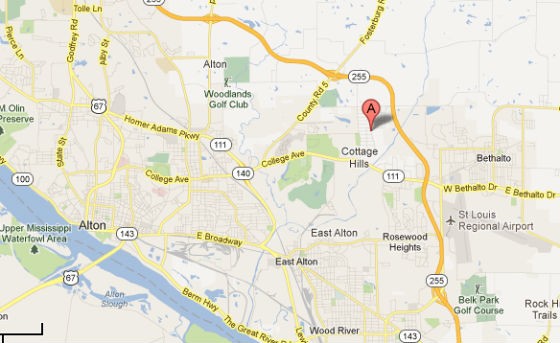 The official news release says: "The occupant told deputies he was in his bedroom when he heard a loud pop. He exited his bedroom and found that the home was on fire."

They also determined that Piper, 41, was a resident of the house -- and that he had fled the home prior to the arrival of emergency personell. The occupant who was on the scene and spoke to deputies was a relative of Piper, Dixon says.

Piper was eventually located on Tuesday at a business in Wood River, Illinois and was questioned and detained at the Madison County Jail. The investigation, the authorities say, revealed he was producing meth at the residence at the time the fire started.