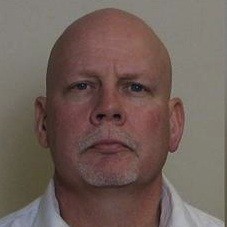 In 2009, Byron Skalisius, a 51-year-old Troy resident, put a date-rape drug into the drink of a former coworker, sexually assaulted her in her home -- and took photos and video of the unconscious woman.

Skalisius was found guilty of those charges last year and yesterday officially earned a nine-year prison sentence for his actions.

"I'm satisfied that our jurors worked through the evidence and returned a guilty verdict that will hopefully provided closure and peace to those who were harmed by this defendant," Madison County State's Attorney Tom Gibbons says in a statement. "This verdict also sends a strong message to the public that anyone who violates an incapacitated person will go to prison."

Authorities say that he placed the drug GHB, commonly known as a date-rate drug, into one of her drinks.

It affected the woman so badly that she had no memory of the sexual assault, officials say.

Skalisius, however, came away with photographs of the unconscious woman in her Glen Carbon home. 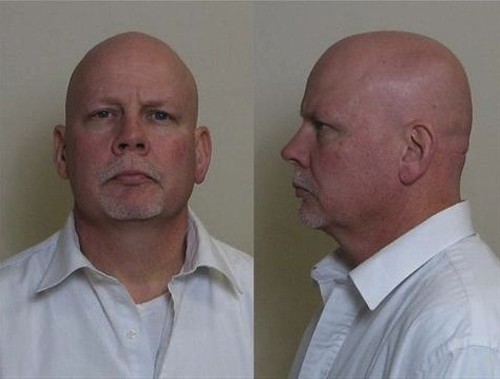 Police say that the defendant and victim had previously worked together and that they had no romantic relationship.

Jurors had deliberated for about four hours before they returned their guilty verdit in December of last year.

Here's the full announcement in full from Gibbons' office.

Edwardsville--Madison County State's Attorney Tom Gibbons announced the prison sentence this morning of a Troyman who was convicted by a jury for sexually assaulting a female acquaintance.

Troy resident Byron D. Skalisius (d.o.b. 6/13/61) was sentenced to 9 years in prison. A jury convicted Skalisius on December 7, 2012 of one count of Criminal Sexual Assault (Class 1) and one count of Unauthorized VideoRecording (Class 4) for his 2009 assault. He was sentenced to 7 years on the sexual assault and 2 years on the unauthorized recording.

Skalisius was accused of placing the drug known as GHB, or the "date-rape drug" into one of the victim's drinks. The victim had no memory of the sexual assault. Additionally, pictures were found in the possession of Skalisius of the unconscious victim. The assault took place at the Glen Carbon home of the victim. The defendant and victim had previously worked together and there was no romantic relationship between them. Jurors deliberated approximately four hours before returning their verdict. Assistant State's Attorneys John Fischer and Rachelle Crowe prosecuted the case for Madison County in front of Circuit Judge Kyle Napp. The case was investigated by the Glen Carbon Police Department.

Skalisius had been in custody since the verdict. Prosecutors asked Judge Napp to sentence him to 13 years on the sexual assault and 3 years for the unauthorized recording. The sentences will run consecutively. He must serve 85% of his sentence for the former count and 50% for the latter. The maximum penalty for a Class 1 Felony was 4-15 years in prison; 1-3 years in prison for a Class 4 Felony. State's Attorney Gibbons thanked his prosecutors, detectives, medical personnel and the jurors.

"Sexual assault cases are difficult cases not only for law enforcement to investigate and prosecute, but especially for victims who may often feel victimized again during the process," he stated. "I'm satisfied that our jurors worked through the evidence and returned a guilty verdict that will hopefully provided closure and peace to those who were harmed by this defendant. This verdict also sends a strong message to the public that anyone who violates an incapacitated person will go to prison."