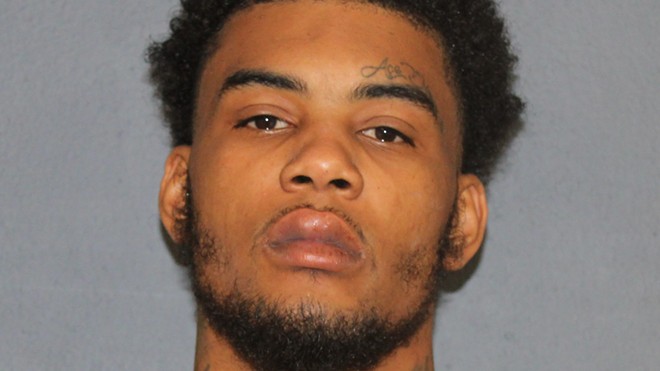 The St. Louis County Prosecuting Attorney’s Office announced today they have charged 24 year old Pennsylvania man Ameal Jones with two counts of second degree domestic assault. Jones was in St. Louis to work for People's Voices For A Change to collect signatures for a ballot petition to legalize marijuana.

Jones, his victim and other individuals were staying at a rented house in Overland while working to collect signatures for the petition.

According to an Overland Police Department probable cause statement, on April 29 three 911 calls were made to police regarding concerns about abuse taking place at the rented house.

The third call was from an individual also staying at the house who claimed to see Jones "strangle the victim, drag her, and punch her repeatedly," according to the probable cause statement.

The victim later told police that she could not breathe due to Jones strangling her and that every time she called for help Jones would beat her more.

Police on the scene noted the victim had injuries to her face and lips. There was also blood on the walls of the house as well as on Jones' shirt.

The probable cause statement says Jones refused to talk to police.

Jones is currently on parole from a 2019 conviction in Pennsylvania. He was arrested in January in Pennsylvania for strangulation and false imprisonment. That case is still pending.

“Why a felon on parole in Pennsylvania is working in Missouri and allegedly assaulting his girlfriend here is a question we’ll seek an answer to,” St. Louis County Prosecuting Attorney Wesley Bell said in a statement. “Whether or not Pennsylvania holds him accountable for any parole violation, we intend to hold him accountable for these vicious assaults.”

CORRECTION: A previous version of this article incorrectly stated that the rented house was an AirBnB. We regret the error.

UPDATE: On Friday afternoon, the St. Louis County Prosecuting Attorney's Office issued a statement clarifying Jones' criminal history in Pennsylvania: "In Pennsylvania, Jones was convicted of the misdemeanor crime of “Giving False Identification to Law Enforcement." One of his firearm charges was withdrawn. Jones was found not guilty on the second firearm charge and his drug charge."