Presidents Bush 41 and 43 Beamed Into Webster University for Dedication

Amir Kurtovic
George H. W. Bush congratulates his first cousin George Herbert Walker III after it was announced that the name of Webster University's business school would be changed in his honor.
Webster University announced today that the name of its Business school would be changed to the George Herbert Walker School of Business and Technology.

George Herbert Walker III is the first cousin of former president George H. W. Bush, a former ambassador to Hungary and one of Webster University's largest benefactors. In October 2007 he donated $10 million to be used for Webster's Business school. 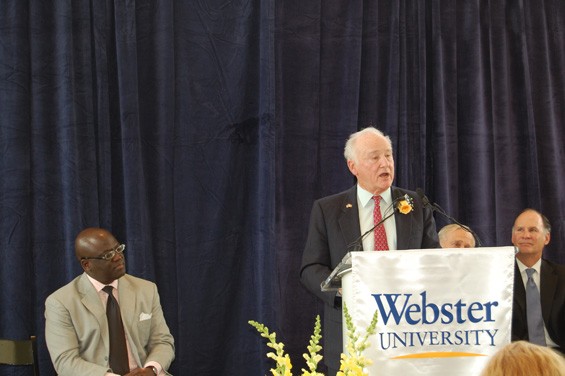