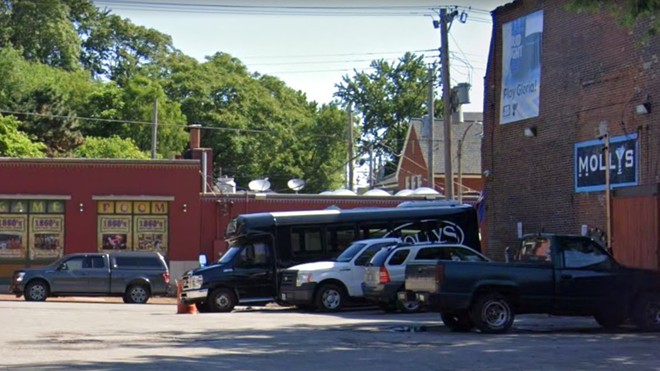 On Friday, a St. Louis jury returned a not guilty verdict in the murder trial of Christopher Endicott, 31, who shot and killed 37-year-old Jarrett Greene outside the Soulard bar Molly's in 2016.

This was Endicott's third time on trial on charges related to that shooting.

At Endicott's initial trial in 2018, the jury was unable to reach a verdict, resulting in a mistrial.

His second trial happened later that same year. That time, Endicott was found guilty. He began serving a 25-year sentence.

In both of those trials, Endicott's attorneys didn't dispute that he shot and killed Greene, but argued it was in self-defense.

Around 1:40 a.m. on March 3, 2016, there was a disagreement over whether a friend of Endicott's would give an intoxicated Greene a ride home. Greene had previously brandished an unloaded weapon and verbally made a threat.

Endicott then shot Greene numerous times, including in the back of the head.

The 2018 guilty verdict was overturned on appeal in 2020. The Missouri Court of Appeals found Judge Jason Sengheiser had committed "plain error" by failing to properly instruct the jury on the laws around self-defense. That unanimous ruling sent the case back to trial.

At Endicott's third trial last week, he was represented by a new lawyer, Richard Sindel of Clayton. When the RFT asked Sindel what was different in the third trial, Sindel says, "Me."

Sindel tells the RFT that he put more witnesses on the stand for the defense and took a "holistic approach" to the case, again arguing self-defense.

Sindel said that when the jury announced the verdict, Endicott was ecstatic. "The whole family was crying. It was very emotional."

"The tension that builds up around something like that is major," he says.