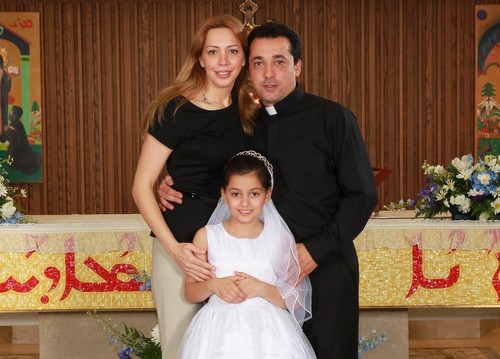 At first glance, this feels like huge news for the church, especially for a town as Catholic as St. Louis. And it sort of is. After all, Pope Francis made a special, one-time exception for Saint Raymond's Maronite Church in the LaSalle neighborhood to ordain Akiki.

Akiki isn't a member of the Latin Catholic church, the one Americans are most familiar with. He belongs to the Maronite Church -- one of the other 22 types of Catholic churches that still fall under the Holy See in Rome -- where many priests have put a ring on it.

"It's hard for Americans to understand," says Deacon Louis Peters. "Half the priests in Lebanon are married. Pope Francis gave permission for this particular case because it is part of our tradition."

Akiki moved to the United States from Lebanon eleven years ago, after he was married. 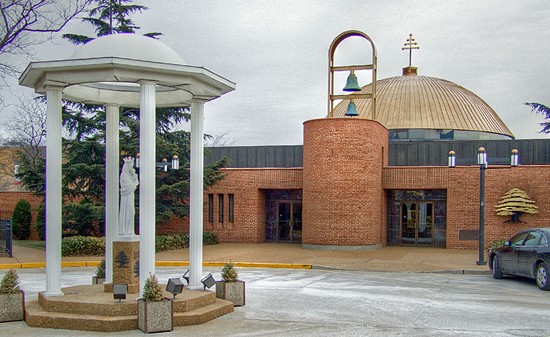 The story spread across national press and social media this week. But unless readers clicked the story, it was hard to tell that this unique ordination isn't a signal that all American priests will soon be able to marry.

Akiki is not the first married Catholic priest in Missouri. The Rev. Gregory Lockwood was the only active married priest in the Roman Catholic Archdiocese of St. Louis when he was named administrator of the St. Elizabeth of Hungary Catholic Church in 2009, according to the St. Louis Post-Dispatch.

Still, this papal permission is pretty unusual. In the 1920s, a new rule in the Catholic Church forbade bishops from ordaining married men, even if their tradition said they could, Peters tells Daily RFT.

But if you're wondering if Akiki's ordination will cause the Catholic church to change its rules for priests in America, the answer is most likely no.

"Having a married priesthood along with a celibate (unmarried) priesthood does not in any way detract from the value that the church finds in the vocation to celibacy," Peters writes in a statement to the media. "The celibate priesthood continues to be highly esteemed. We need to always keep in mind that it is a vocation to be married and a vocation to be a priest."

Akiki married his wife, Manal Kassab, in Lebanon, and the couple have one daughter, Perla, who was born in the U.S. Akiki studied seminary at the Holy Spirit University in Lebanon, Our Lady of Lebanon Maronite Seminary in Washington, D.C., and at the Aquinas Institute of Theology in St. Louis.

Akiki could not contribute to this article because he is on retreat until his ordination, Peters says.